AISD board president Geronimo Rodriguez moderates the public comments during the board meeting on Aug. 28, which included defenders and critics of the new sex-ed curriculum. On Oct. 22, the board unanimously passed the new curriculum. Parents can fill out an opt-out form for their child to be excused from attending sexual-education classes. Photo by Bella Russo.

The Austin ISD board of trustees unanimously approved a new sex-ed curriculum on Tuesday, Oct. 22, but this did not happen overnight. The new curriculum is something that the school district has been working on for years and aims to be more comprehensive and inclusive.

At the school board meeting discussing the program, 126 people signed up to give public comment, many in support of the curriculum but others against it. Students and other community members waited both inside and outside the building for their chance to voice their opinion, some even staying until the meeting adjourned at 1:30 a.m.

Some of the main trailblazers of this curriculum are Sarah Bentley, who was co-chair on the School Health Care Advisory, or SHAC, while the curriculum was being reviewed, and Susanne Kerns, founder of Informed Parents of Austin, a group that advocated for the changes.

Informed Parents of Austin was founded by Kerns nearly three years ago in response to another group called Concerned Parents of Texas, which heavily pushed back against passing the new curriculum. 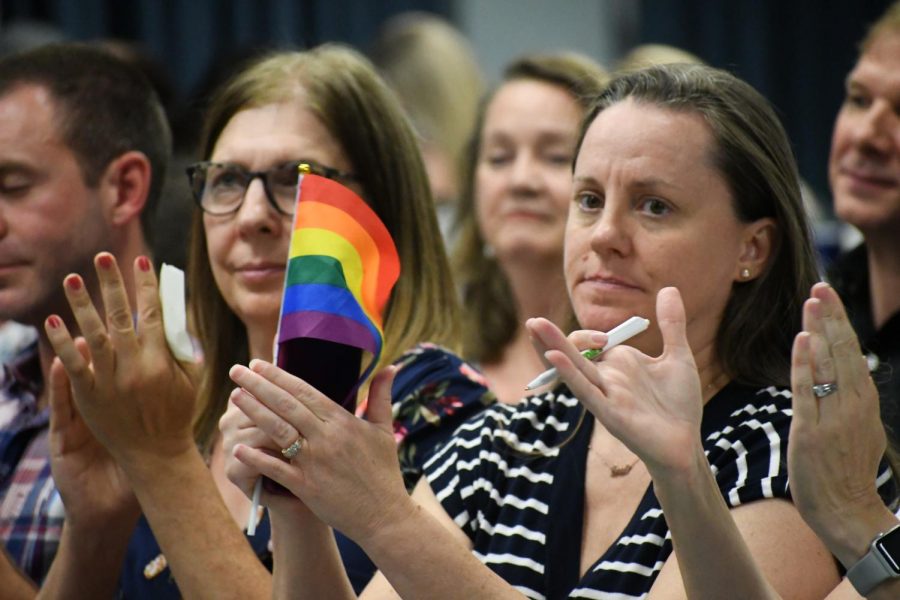 Bella RussoSupporters see the new curriculum as helping make Austin ISD and safe, healthy, and inclusive space for everyone. Photo by Bella Russo.

“An all-out war on the innocence of children is currently being waged in schools across Texas,” the CPT website states. “This ‘education’ removes the protective barrier of modesty, exposes children to all types of sexual behaviors, normalizes diverse sexual orientations and gender identities, and recruits kids to become LGBT and abortion activists.”

Informed Parents of Austin’s goal was to rebut these arguments as inaccurate and ill-advised and to promote being inclusive toward the LGBTQ+ community in Austin ISD and teaching comprehensive lessons about consent. The new program hopes to limit cases of HIV and AIDS and teen pregnancies. Texas ranks third in the country for HIV and AIDS cases and fifth for teen pregnancies.

“A typical sex-ed class would be based on a man and a woman and how babies are created,” Kerns said. “These types of things [go] under the assumption that every couple is a man and a woman, which can be really isolating to someone who likes the same sex or who’s questioning. That in itself can be very isolating and practically insulting to a student who does not fit that particular model or even students who just don’t fit the mold of a traditional sex-ed lesson.”

Supporters see the new curriculum as helping make Austin ISD and safe, healthy, and inclusive space for everyone, while those opposed believe that these new lessons are demoralizing and unnatural. 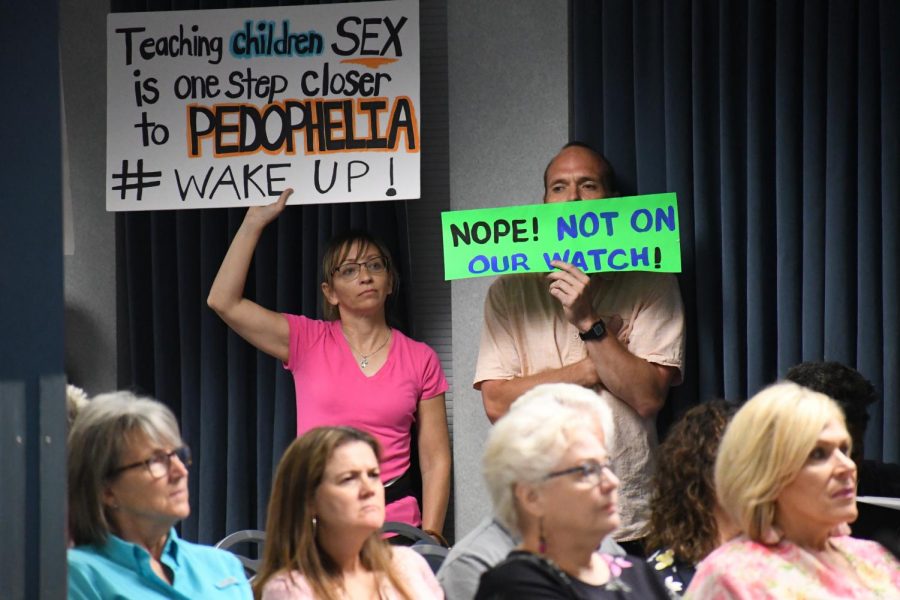 “While the objective is to be more inclusive in educating youth about sex, the effect is to groom children for all effects of sexual behavior, even those that are demoralizing and risky,” Allison Wolfward said at the meeting. “This is a warning about the consequences. This [curriculum] is not loving, affirming or caring. A curriculum that has the intent of introducing gender ideology in an effort to be inclusive and affirming of genders ignores biological truth.”

One aspect of the curriculum that was relatively unchallenged was the concept of consent.

“I just think it’s so important for kids of all ages to know that they have the right to tell someone not to do something they don’t want to be done,” Kerns said. “Whether it’s taking a toy when you’re in elementary school, or if someone is getting unwanted texts or continuously asking someone to go on a date with them, just knowing that they can say no to that and practicing saying no makes it much easier when they’re in a situation where it could be sexual consent.”

The discussions that happened before the sex-ed curriculum meeting were held at the board and at SHAC meetings around town. The SHAC works with the district to help school communities support good health and academic achievement.

“If a pedophile wanted to create a program to isolate children and destroy their future of reproductive health, then your sex-education program would be perfect for them,” he said. “It’s targeting 16,000 children, AISD children. It questions the child’s self-identity and it undermines the parent roles in their children’s lives. Sex education is not about being tolerant. Not about biological education.”

Although these board meetings did give many the ability to share their opinions throughout the process of approving the curriculum, there was also concern expressed about their accessibility.

“The hard part about [passing the new curriculum] was these school board meetings,” Kerns said. “It’s really hard for parents and students to come to these meetings, whereas a lot of the people speaking against it are 60 years old. Plus, they’re not current parents; they kind of have all the time in the world to sit around till one in the morning and don’t have to worry about getting a kid ready for school [the next day].”

Now that the new sex-ed curriculum has been unanimously passed by the school board, many advocates for the curriculum are relieved.

The new lessons are now released on the Austin ISD website where parents and students can look over them.

This story was originally published on The Shield Online on December 23, 2019.