Photo illustration of athletes who find strength in vegan and vegetarian diets.

Arnold Schwarzenegger, Venus Williams and Scott Jurek rank among many professional athletes who fuel their performance through plant-based diets. In addition to the big names, athletes on our home turf also find strength and endurance through vegan and vegetarianism.
Lydia Roseman 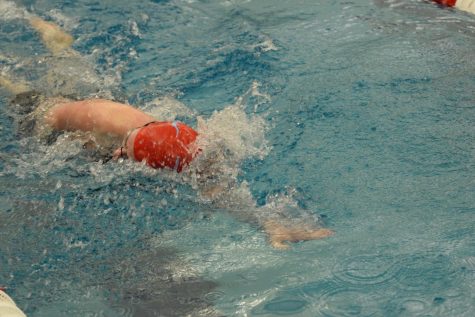 After months of being vegetarian, senior swimmer Lydia Roseman was convinced to cut out dairy from her diet as well as meat by a friend who is a vegan professional athlete.

“He heard I was vegetarian, and he told me all of these interesting facts about being vegan and why it was more ethical to be vegan than vegetarian. I thought it sounded fun, and I wanted to try it,” Roseman said.

Roseman ultimately decided to continue a vegan diet for health and ethical reasons, and said being vegan has made her hair, skin and nails stronger as well as benefiting her overall health.

“Health-wise, everyone’s always talking about how you get your protein, [these people] just haven’t learned enough. There are so many other ways to get protein in fruits, nuts and legumes which can reduce cancer and heart disease which is a huge problem in the United States,” Roseman said.

Rather than feeling restricted or frustration about having to cut things out of her diet, Roseman instead felt she was able to expand her diet.

“I ended up really liking [the vegan diet] because I get to try new things all of the time, and I like what I eat all of the time,” Roseman said. “I understand why people think it’s not sustainable, but there are so many ways to expand your diet and challenge yourself.”

This swim season is Roseman’s first since becoming vegan. The only adjustment she has made is bulking up on the food she eats in order to be properly fueled.

“I’ve almost needed to double the things that I’m eating and having full meals for breakfast, lunch and dinner,” Roseman said. “For me, meat and dairy physically weigh me down, [so] my strength and nutrients come from plants.”
Brinda Ambal 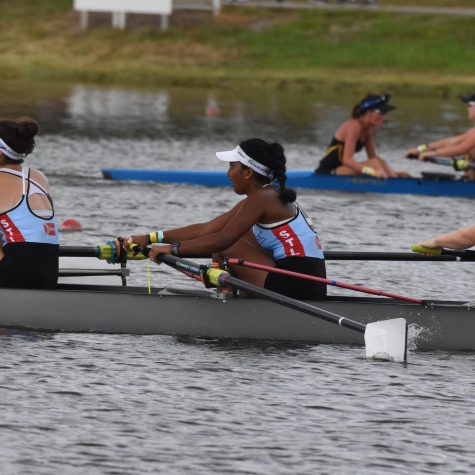 Mark GaskillSophomore Brinda Ambal rows her team to success at a regatta.

In line with her Hindu religion, sophomore Brinda Ambal has been vegetarian her whole life. She began rowing in eighth grade and at first struggled to accommodate her diet to her lifestyle.

“Before eighth grade, I didn’t play many sports. Then I tried out for rowing, and it was a switch from zero hours a week to 12-15,” Ambal said. “As I got more into rowing, we started to do harder workouts, and it was more important to stay fueled.”

Increasing her activity made Ambal question if her diet was sustainable, but by researching and learning more about the vegetarian diet, she was able to adjust her food intake to better prepare herself for rowing.

“A way you can get protein arguably better by being vegetarian is by having a better balance and spreading your protein throughout the day. I definitely think [having balance] is an asset, and I think I can perform better,” Ambal said.

By becoming educated through books and documentaries such as “Forks Over Knives”,  Ambal now feels she would choose to be a vegetarian even if she didn’t have to be.

“Becoming educated about it was one of the best things I could do because before, I had a mindset that I wouldn’t get enough protein or would always be a step behind,” Ambal said. “There was a point where I was questioning what I should eat, but now I know what is good to put in my body.”
Ja’Marion Wayne 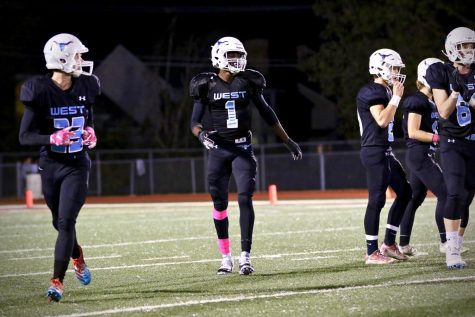 Influenced by his cousin, sophomore varsity football player Ja’Marion Wayne has been a vegetarian for three years.

“I chose to be a vegetarian because I read and watched videos about how meat is made and my cousin who plays football had been a vegetarian for five years, so I thought I might as well do that,” Wayne said.

The varsity football team frequently has team meals, and even though Wayne can not eat the meat served, he never feels left out.

“Sometimes if we go out to eat, everyone orders wings and I get a salad, or we’ll have sandwiches and I get a cheese sandwich,” Wayne said. “I never feel left out because I always have an option.”

As a high-performing athlete, Wayne feels like his diet gives him a different advantage compared to his competitors. 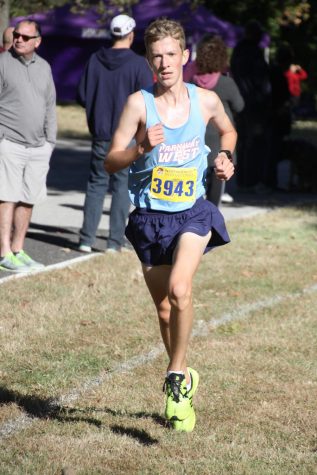 First becoming vegan for ethical reasons, sophomore Ben Taylor has since found that the vegan diet has enhanced his athletic performance.

“Over time, since I’ve become more of an athlete, [I’ve been vegan] for more performance-based reasons,” Taylor said. “It can affect your recovery time between workouts, and I [feel] more energized and have more energy throughout the day.”

Taylor ensures he has enough protein to fuel his workouts by eating the right combinations of food and using supplements.

“Protein can be found in so many things that people don’t think about, like beans, lentils and nuts, and when you put those together, you have enough protein. Even if you can’t find enough, you can always use supplements,” Taylor said.

The vegan diet has also been a way for Taylor to eat more nutritious foods.

“Having a vegan diet inherently makes you healthier and stronger, so I think it helps to be a better athlete because it’s just straight up healthier food,” Taylor said.

For other students and athletes considering a plant based diet, Taylor recommends making gradual changes to be more conscious.

“I made a mistake going straight into veganism, and it was kind of a shock to my system,” Taylor said. “I know people do meatless Mondays and try increasing plants and vegetables and decreasing red meat. I think it’s a great alternative.”

This story was originally published on Pathfinder on January 13, 2020.