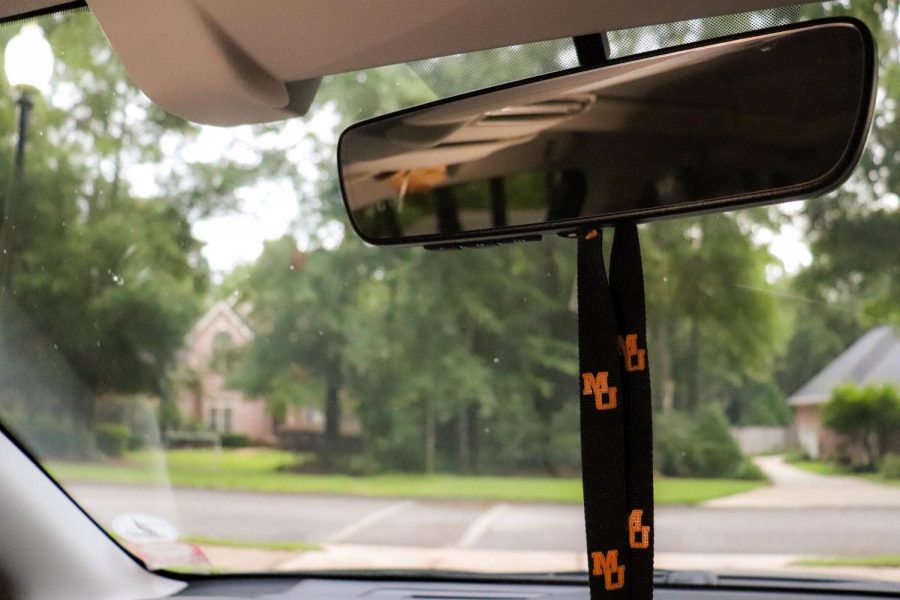 Only about 13% of Mercer undergraduates hail from outside of Georgia.

The fall semester of the 2020-2021 academic year is rapidly approaching, and Mercer University students are preparing to return to campus. Some students’ trips, however, will be a bit longer than others’.

Only about 13% of Mercer undergraduates hail from outside of Georgia, according to the school’s website. Not only does this mean their trips to and from Mercer could take several hours by car or plane, but it also means their tuition could be higher than their in-state peers’ due to the benefits of the Georgia Hope Scholarship.

For some of these out-of-state students, higher costs and longer travels won’t be their only concerns this fall. Returning to campus in the midst of the COVID-19 pandemic has some students on edge.

Sophomore Gracie Jack currently lives in Tennessee and said many schools in her state have announced “hybrid” plans, with some classes online and some in-person.

“Mercer isn’t doing that, and to be paying $50,000, without the (ability) to have in-state grants such as (Georgia) Hope Scholarship, it’s unfortunate,” she said. “I’ve even heard that (Mercer administration) said if you don’t like it, go to another school.”

Jack said that she plans on living in an apartment, but she would feel even more uncomfortable if she were living in a dorm.

“If I were having to share communal bathrooms and communal showers, I would feel very unsafe because it is impossible to regulate their cleanliness in between each use,” she said.

Like Jack, senior John-Allen Stone lives in Tennessee. He recognizes that Nashville is a hotspot, “as most larger cities have been,” he said.

“In some surrounding counties, there is a mask mandate, but I see that as no big deal. Not a problem with me,” Stone said.

Stone said he feels comfortable returning to campus with the regulations Mercer has already announced but would not be opposed to more being put in place. He also said he expects more to come soon.

“I know that the administration has faced a good deal of criticism from the student body, but I believe the administration’s loose details comes from the fact that they are still trying to work out a plan to accommodate at-risk students, professors and other staff members,” he said. “It’s naive to think that President (Bill) Underwood, Dean (of Students Doug) Pearson and the rest of the high-ranking administration does not care about every person that steps foot on this campus.”

North Carolinian and senior Miriam Kennedy, on the other hand, said that Mercer’s current position goes against what the administration says they stand for.

“I think the administration’s insistence on having in-person classes goes against the very values we promote as a liberal arts college,” Kennedy said. “Ignoring health and safety concerns puts the community at risk and shows a blatant lack of respect and understanding for the science and data at hand.”

Macon-Bibb County Commissioners defied Kemp’s ban in a 7-2 vote on July 21, requiring face coverings to be worn in all public places. However, the current mask requirement is set to expire Aug. 20 — just two days after Mercer classes resume.

Kennedy is not alone with her concerns surrounding the state’s reaction to COVID-19. Georgia’s pandemic response was one of the factors that contributed to former Mercer student Reilly Moncrief’s decision to transfer to a school in her home state of North Carolina.

Following Mercer’s transition to virtual learning in March, Moncrief hastily packed her things, put them in a storage facility and made the five-hour trip back to North Carolina.

“Travel costs and storage units cost well over $1,000. It doesn’t make any sense for me to bring my stuff all the way back to (North Carolina) when at this point I still planned to go back in August,” she said.

Once April came around, Kemp started reopening Georgia, and Moncrief said she believed this was far too early.

“This scared me,” she said. “Spiking in Georgia wasn’t expected to rise for a while later and I started questioning how this would impact school in the fall.”

She said she was also worried about being stuck in a position where she would have to pay out-of-state tuition at Mercer, just “to be online or to be stuck in a lease.”

Moncrief knew at that point she would rather stay close to home than risk moving back to Macon to possibly move back again sooner than she planned.

“If COVID hadn’t forced schools to close in-person, I never would have even dreamed of leaving Mercer. But, to be closer to home amidst a shifting world appealed to me more than the comfort of my current college life,” she said.

Now enrolled at the University of North Carolina at Charlotte, just 10 minutes away from her home, she is comfortable in her new situation.

“As I’ve seen my fellow Bears posting on social media and calling action for Mercer’s Administration, I am glad that I will now be attending a University that gives me more choices when it comes (to) how I want to take classes,” Moncrief said.

This story was originally published on The Cluster on July 26, 2020.