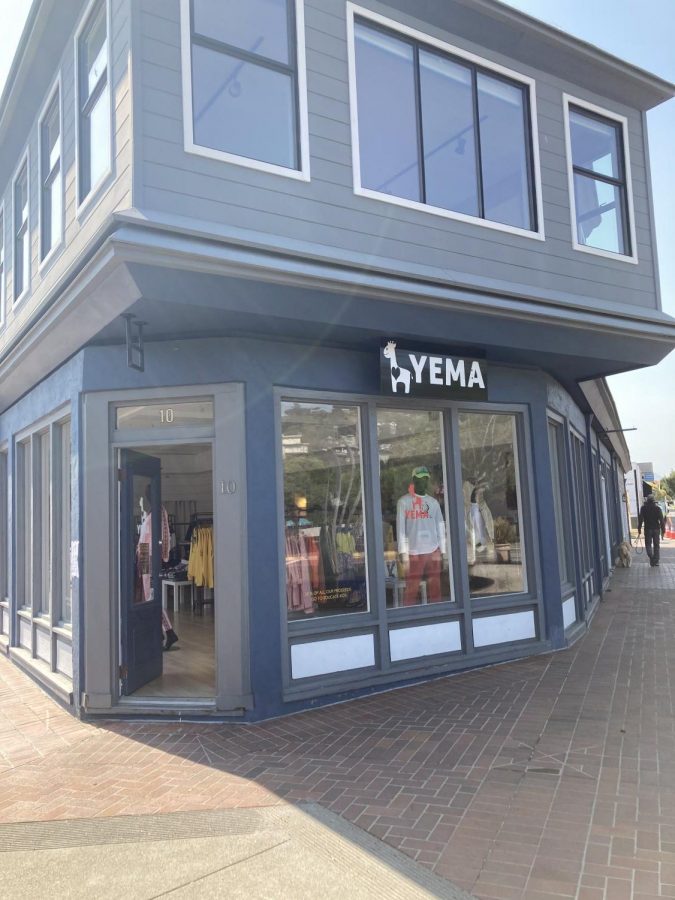 Yema Khalif's clothing store in downtown Tiburon where the owners were the target of a confrontation with police on August 21, 2020.

During this incident, former Sergeant Michael Blasi, supervising officer on scene, voiced concerns to Khalif of possible suspicious activity in the store. An officer’s body camera footage of the confrontation was released in which Blasi repeatedly asked Khalif what he was doing in his store so late at night, and if there was a “problem.”

Khalif denied these concerns, saying that he was just “doing his thing.” Blasi continued to argue with Khalif, and stopped when an unidentified white man watching the incident started to yell that the store is Khalif’s. Blasi then left the scene, saying that this is all he needed to know.

Khalif, who is black, believes that he has been racially profiled by police. The store lights were on and there was no indication of any criminal activity occurring in the business that evening.

“He could see through our windows, so he could see everything that was going on in the store. There was no illegal activity,” Khalif said.

Yema, a store that opened in Tiburon on Feb. 15, is well known in the community, according to Tiburon business owner Jennifer Torres. Torres, a Tiburon native and owner of the Candy Shoppe on Main Street, says that the store had a grand opening. She also recalled that Golden State Warriors star Klay Thompson attended this event.

Torres also said that something has changed at the Tiburon Police Department, and not for the better.

Torres, who attended Del Mar Middle School and Redwood High School, is of Mexican descent and has owned the Candy Shoppe in Tiburon for five years. She also has had her own troubling experiences with the Tiburon Police Department.

“One of the police officers came out and yelled at me and my dad. He didn’t ask me who I was, or what I was doing. The first thing he did was say ‘why is your car in the street,’ and ‘you need to move it right now,’” Torres said.

Torres said that when she first bought her business from its former owners, four different officers came to meet her and introduce themselves. Now, she says that this rarely happens.

“Even in the past few years [the Tiburon police] haven’t made the effort to come down and get to know all the owners,” Torres said.

Blasi resigned from TPD on Sept. 2.  Greg Chanis, the Town Manager of Tiburon, said that Blasi had spoken to town officials regarding his resignation.

“In these conversations, Sergeant Blasi expressed his love for Tiburon and described a deep connection he developed during his time serving the community. However, he believes it would be difficult to continue being effective as a police officer in Tiburon,” Chanis said in a statement to local residents.

On Sept. 8, Tiburon Chief of Police Michael Cronin retired as tensions mounted in the community. Chanis wrote that he had discussed the timing of Cronin’s retirement for some time, and expressed his sadness of this decision.

“He only recently chose the date that corresponds with his entry into public service 54 years ago. Although I am happy Mike will be moving into his new home and spending more time with his family, that sentiment is tempered by the recognition of the magnitude of the loss to our community,” Chanis said.

Although Blasi has resigned, Torres wishes that he had found a way to bridge the divide in the community.

“His reaction was to leave the situation, not improve the situation. It’s actually almost more frustrating, because now there isn’t that bridge to get the closure,” Torres said.

Tiburon Mayor Alice Fredericks declined to comment for this article due to an ongoing investigation of the incident by city officials and attorneys. A request for comment by Chanis also went unanswered.

Triggering a passionate response from the community, this incident at Yema Khalif’s store has caused many to reexamine the effect the TPD has on the citizens they swore to protect.

This story was originally published on Jolly Roger on September 14, 2020.