The passing of Associate Justice of the Supreme Court Ruth Bader Ginsburg should prompt us not only to reflect on her life's work but also to work harder toward the ideals she defended. 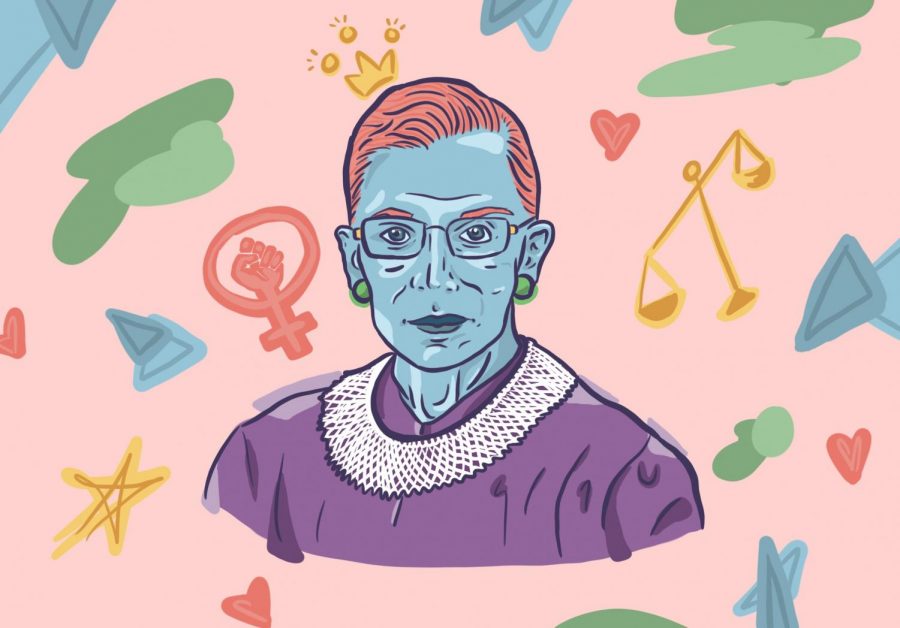 Ruth Bader Ginsburg's death rattled the nation, but her legacy and good works are destined to live on.

The closer one looks at America in the 21st century, the harder it is to accept that we are, in its truest sense, “the land of the free.”

Ruth Bader Ginsburg knew this better than the rest of us.

2020 has worn down the shiny, store-bought façade of American exceptionalism. She loved what was best about our country, but she never shied away from exposing and seeking to correct what remains wrong.

On Friday, September 18th, we lost a justice of historic stature. Ginsburg died of complications due to metastatic pancreatic cancer, a cancer that the ACS (American Cancer Society) estimates will take nearly 47 thousand lives this year alone.

We could ask the universe why such a tireless champion of justice would be taken by such a common disease, why her death must be so mundane— compared to the current state of the world— instead of extraordinary like Ginsburg herself, but death is not the time to ask such questions. It is now the time to reflect on the life that has been lived.

But more than merely reflecting, more than mourning, we must view Ginsburg’s life as an ideal worth taking action for.

She was nicknamed the Notorious RBG, a moniker heavily rooted in her tireless, ceaseless work for women. But she was a champion of all people. Ginsburg was a feminist by nature, an icon by action.

Even in her early days of legal practice, she was dedicated to erasing the disparities between men and women. She attended Harvard Law School, where of her law class of nearly 500 students, only 9 were women. The women there were even rebuked by the law school’s dean for “taking the place of qualified males.”

Not only was her work ethic born from the struggle to excel in a world catered toward men, but she cared for a daughter and husband during her time in school. She took notes for him in his classes— in addition to attending her own lectures— as he battled testicular cancer. This is but one testament to her dedication to help others, among the thousands more it would require volumes to name.

Ginsburg became a teacher at both Rutgers University Law School, and shortly after, Columbia, where she became the first ever female tenured professor. This was also during her time as the director of the Women’s Rights Project of the American Civil Liberties Union in the 1970’s, when she argued six landmark cases on gender equality before her time working for the U.S. Supreme Court.

She fought for the law to be gender-blind. When the Social Security Act was one of the few laws that favored women, she even fought for its same benefits to extend to both widowers and widows.

Ginsburg reached the Supreme Court in 1993, becoming the second woman ever to serve on the high court. President Clinton is noted to have specifically appointed her for her intellect, political astuteness, and ability to work productively with more conservative members of the Court.

She ruled with caution and restraint, and, by 1996, she penned one of the largest Supreme Court decisions in the fight for women’s rights, United States v. Virginia. This was the case in which she ruled that the VMI (Virginia Military Institute) could no longer bar women from admission, taking the stance that if a woman was willing and able to put herself through the rigorous training, then she had every right to be given the chance to prove herself.

And even as her main political stance was to fight tirelessly for women’s rights, she was also a staunch supporter of rights for the LGBTQ+ community.

On June 26th, 2015, Ginsburg played an instrumental role in Obergefell v. Hodges, a 5-4 majority vote that made same-sex marriage legal in all 50 states. Her support for the LGBTQ+ community was immense, and she made a public show of her beliefs, officiating same-sex marriages and, more specifically, challenging the homophobic arguments made during the early proceedings of the case itself.

It feels possible go on forever about the accomplishments of her life, truly, but it’s important to note at least one more item when discussing the late justice’s legacy.

Ginsburg had a reputation for her restraint, but she gathered even more attention for her decision in the case of Bush v. Gore. In the past, objections to the majority opinion of the court were expected to be civil, and the justices were supposed to specifically use the word “respectfully.”

However, she simply concluded her decision with two words: “I dissent.”  She remained respectful and restrained, but nonetheless, the objection was groundbreaking.  Ginsburg’s ties to the word “dissent” will forever be ingrained in the American psyche. It is truly a part of her legacy.

Thus, as we reflect and honor her life, we must also look to the future and contemplate what this great loss means for the future of the country.

In her wake, the Supreme Court now holds a conservative majority. With the prospect of a new judicial appointment at the hands of the current president, many Americans fear what this will mean moving forward.

During past challenges to more democratic laws, like the Affordable Care Act, also known as Obamacare, in 2012, the court was able to uphold the law in a 5-4 ruling. However, this same law is scheduled to be challenged yet again— for the third time— a week after the upcoming presidential election.

Unfortunately, this outcome will most likely be different. If a new appointment is made by Trump, the Republicans will hold a 6-3 majority in the high court. Even a defection of the right would still allow conservatives to prevail in the Obamacare case and many others.

It’s a difficult time in our country, and we are standing at the tipping point. We may soon face a world where the name “democracy” is slapped on every fascist ideal and every new oppressive law like a sticker, the same way we label things as “made in the USA” when they come from anywhere but.

Death has a funny way of focusing our view on the past — and on the future. And based on history, we now must specifically hold the Republican majority to their own previous ideals.

In 2016, Senate Majority Leader Mitch McConnell refused, for nearly seven months, to allow any form of consideration of President Obama’s Supreme Court nominee Merrick Garland. His reasoning? Supposedly, he wanted to allow voters to vote for the replacement by way of their presidential candidate. Now, he has revoked his stance. When asked prior to Ginsburg’s death about what he would do in an instance such as this, he said: “Oh, we’d fill it.”

We are a mere two months away from the 2020 election, a far cry from the seven that supposedly warranted a halt on filling a judiciary slot.

Contradiction among politicians seems to be a requirement of the job on all points of the political spectrum, but when a man so brazenly goes back on his word in a situation nearly identical to one where he took an opposite stance, we must demand accountability.

Ruth Bader Ginsburg’s strength diminished in her final days, but she made a point to say to her granddaughter, Clara Spera, “My most fervent wish is that I will not be replaced until a new president is installed.”

Who are we to not uphold the dying wish of one of the most remarkable and important women of our time?

When she was once asked how she would like to be remembered, Ginsburg said, “Someone who used whatever talent she had to do her work to the very best of her ability. And to help repair tears in her society, to make things a little better through the use of whatever ability she has. To do something outside myself.”

Though she was three short years away from her goal of serving as long as the deceased Justice John Paul Stevens, who served until age 90, her 87 years were spent well. We will never forget the life she led or the trails she blazed. While often demure, Ginsburg was a firebrand through and through, and she was responsible for an enormous amount of positive change in this world.

We owe it to her to never take those changes for granted and to continue doing the best with what we have.

This story was originally published on The Uproar on September 21, 2020.