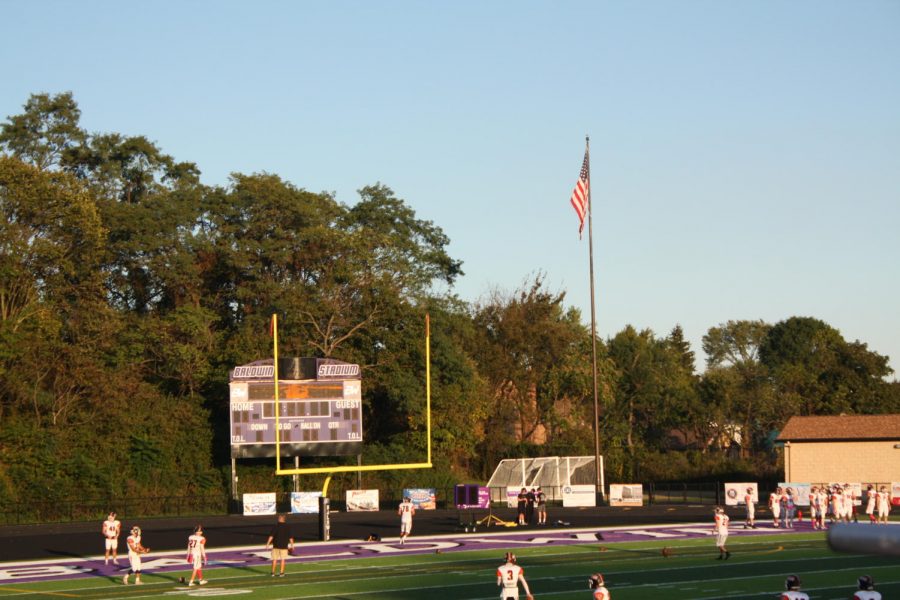 An Allegheny County decision on COVID-19 crowd restrictions soon will mean more people in the stands to cheer on Baldwin athletes.

Allegheny County’s decision to lift strict limits on crowd size at sports events will not only make most athletes and parents happy, but also may lead to better performances at games, Baldwin students said on Friday.

“As a whole, I think our team works better together with the atmosphere feeling more like a traditional game,” senior volleyball player Louisa Tiriobo said. “Before, with the stands folded and the gym empty, each game felt more like a practice or a scrimmage.”

“It definitely gives me more motivation to play harder, and the excitement level is way up when we can hear people cheering for us,” Thomas said.

The county decision, which was announced Thursday afternoon, drops the previous COVID-19 gathering restrictions, which had been set at 25 people for indoor events and 250 people for outdoor events. With athletes, coaches, and referees included in those counts, the restrictions had meant either no family members or very limited numbers had been allowed at games, depending on the sport, all across the county.

Supt. Dr. Randal Lutz said in an email that attendance limits soon would be set at 50 percent capacity, both for indoor and outdoor events, and that the district was working out the details so that parents soon could watch their children compete.

Many Baldwin athletes said they were happy for themselves and their parents.

“I am glad my parents get to come to watch my games now. They have put so much time into taking me to practices all through grade, middle, and high school,” Tiriobo said. “Their support means the world to me.”

Volleyball games so far have been live streamed, but this came with technological difficulties.

“It has sometimes been a bit of a struggle getting onto opposing teams’ livestreams,” Tiriobo said. “Now my parents have the peace of mind that they can just go to the game.”

Thomas said his parents have made it a point to come to almost every one of his games, so he had been disheartened to hear at the start of the season that they may not be able to watch this year. Now, he said, it felt like a weight had been lifted off his shoulders.

“My parents have made it to almost all my games since I was little, so I’m relieved that they will be able to continue to come and support me,” Thomas said.

Senior soccer player Makenzie Auel said the change was the best thing that has happened this season.

“For as long as I can remember, my parents always made sure to show up to my games, and so the increased capacity is a big deal for them,” Auel said. “I know they’re excited to see us play and I’m glad that we can at least get somewhat back to normal.”

“I’m glad they are allowing spectators now because it means I’ll be able to watch my sister’s volleyball games and my parents can watch both of us play our sports,” Zandier said. “My parents are extremely excited about this change because they have both a senior and freshman athlete, and I know they want to watch our first and last games.”

Senior volleyball player Jessica Noss was excited that her friends and family would now be able to attend her senior rec game.

“I’m really excited because this might be the last season I get to play,” Noss said. “It’s important to me that my family and friends are there to see my last games.”

But the increases in crowd sizes raised health concerns for some parents.

Sophomore Emma Grunwald, who plays flute in the marching band, said she is excited to finally perform for others, but she did not expect the county’s decision to change her parents’ approach to attending performances. They probably will only attend the marching band’s “friends and family” performance, she said.

“They are pretty worried, honestly,” Grunwald said. “They are worried for me and for themselves with so many people now. They don’t like that I’m in marching band during corona, and I don’t think they are going to any of the football games.”

For many parents, though, the decision was welcomed.

“They are pretty excited,” sophomore volleyball player Emmalyn Longo said of her parents. “They always try to be at the games, and I think it’s been difficult because they like to watch us play and be with the other parents.”

This story was originally published on Purbalite on September 25, 2020.