‘Ratched’: a spectacular look through the eyes of a serial-killer 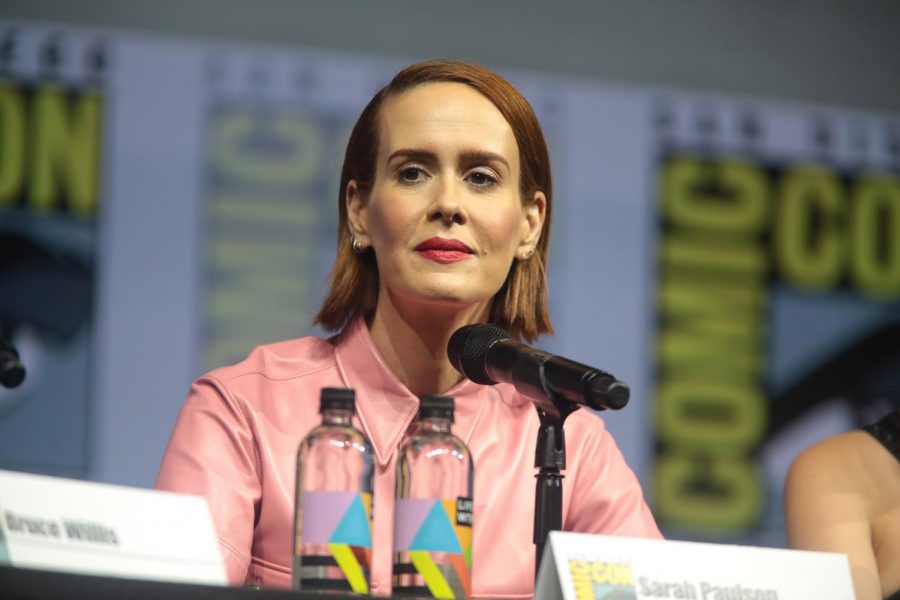 Sarah Paulson, the lead in "Ratched," also starred in another one of Ryan Murphy's projects, "American Horror Story."

By Hayden Anderson, The Mississippi School for Mathematics and Science

Ever since Ryan Murphy left 21st Century Fox for Netflix, fans worldwide have been wondering what will happen next. The variety of shows that Ryan Murphy created with the company ranged over many different genres. From “Glee,” a musical, to “American Horror Story,” a horror series, Murphy made something for everyone. However, in Murphy’s new show, “Ratched,” he has completely raised the competition for all Netflix Original writers with a TV thriller that shows an extraordinary setting and a fantastic cast.

Ratched shows viewers the origin story of Mildred Ratched, the main antagonist in “One Flew Over the Cuckoo’s Nest.” In “Ratched,” the title character (Sarah Paulson) takes extraordinary measures to try and break out her older brother (Finn Wittrock), who has been incarcerated for killing three Catholic priests. To save her brother, however, Mildred has to go through many obstacles, including dealing with her drug-abusing boss and a nurse who is in love with her boss.

As the series progressed, I was struck how amazingly Murphy set up the time period. From the attire to the old buildings, Murphy created a 1940s aesthetic that was like no other show he has made before. This set design gave this show life and a vibrant feel. Dresses, suits, equipment, buildings and everything else gave me a vibe that made me want to live in the 1940s.

As Murphy showed us the 1940s, he really made us as an audience feel as if the plot was happening right in front of us. From the intense serial killer scenes to the gun fights, Murphy made everything come together in his new series. “Ratched” did an amazing job in shaping the personality of Mildred and Edmund to make us feel as if we were witnessing a true sociopath in the making.

Apart from the action, Murphy tied one element that he usually tries to tie into every series: an LGBTQ romance. “Ratched” shows the romance between Mildred and Gwendolyn Briggs. The series also shows the troubles of a lesbian couple in the 1940s, and how hard it was for them to keep their romance. However, Murphy showed everyone that love, no matter what, will conquer all by displaying the ups and downs of their relationship throughout the series.

The plot was perfectly portrayed by the cast of the show. As many people have been making fun of Sarah Paulson’s “repetitive screaming” throughout the series and movies she has been in. Paulson gave a stunning performance in “Ratched.” The other main actor, Finn Wittrock, did a great job of making his serial killer seem crazy. The other actors, including Sharon Stone and Jon Jon Briones, did a fantastic job of showing how insane everyone was.

Now, one of the big questions is “why did Murphy make this a series?” Usually, Murphy likes to bring attention to a certain issue. In “Ratched,” the main setting is the mental rehabilitation center. At this hospital, you can see how bad the mentally disabled are treated. For example, a lesbian person was to be “washed away of their sin” by being put in a 130-degree water-filled tub for 15 minutes and then put in a 50-degree water-filled tup for five minutes. This was excruciating to watch, and it really made the hairs stand up on my skin from it.

This was an amazing series; however, it wasn’t perfect. There was one thing that bothered me about “Ratched.” As an avid watcher of everything that Murphy has written, especially “American Horror Story,” I can say that this was a lot like it. From the plot to the cast, a lot of it seemed like I was watching a new season of “American Horror Story.”

As someone who loves everything horror and Ryan Murphy written, I can say that this series was one of his better series. He did an excellent job of pointing out all of the problems that needed to be addressed. He showed the sociopathic nature of serial killers and people that work beside them. He also gave us an amazing cast that played their parts flawlessly. This thriller is likely to keep everyone on their feet and give everyone that writes “Netflix Originals” a run for their money.

This story was originally published on The Vision MSMS on September 29, 2020.