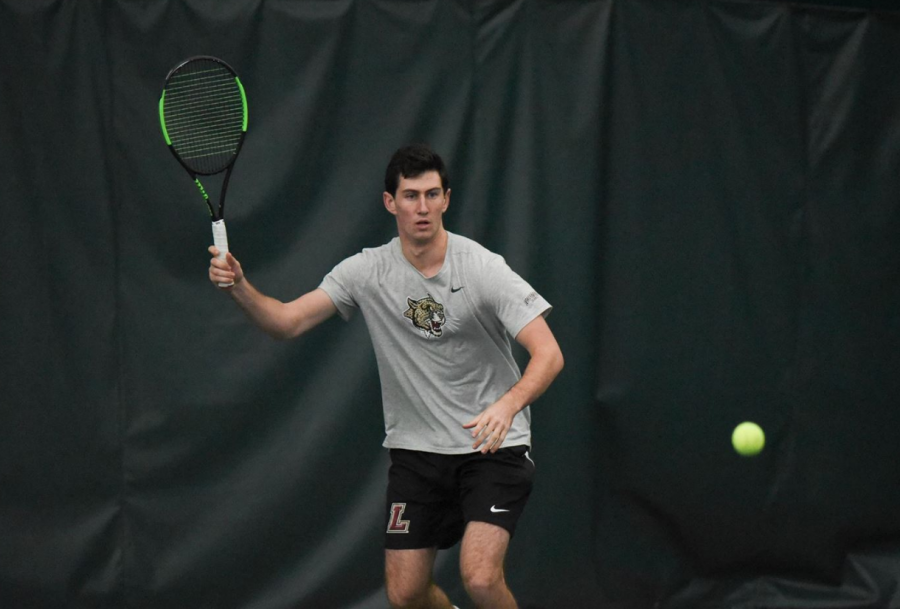 Although alumnus Josh Wolfe had been anticipating it, the news was still a let down for him.

Wolfe had just finished his freshman year at Lafayette College and was home for the summer, working his usual shift at Paolo’s Gelato Italiano, a local ice cream shop based in Virginia Highland. The day would have been like every other day, except the Lafayette athletic director requested that he, along with all the other Lafayette athletes, join a Zoom call to discuss the status of fall sports.

A few minutes before the call started, Wolfe requested that he be excused from work. He joined the call and, to his dismay, learned that his fall collegiate tennis season was no longer going to take place.

“Right now, our fall season is cancelled and this isn’t just tennis — this is for all Lafayette sports,” Wolfe said. “At the time, I was obviously disappointed, but I wasn’t surprised because, in July, things were really serious regarding the coronavirus.”

Wolfe is one of many collegiate athletes who have lost their fall seasons due to the COVID-19 pandemic.

Despite knowing he would not be able to play collegiate tennis in the fall, Wolfe continued to strive to improve his games.

“Since our spring season might still happen, which is our championship season, I wanted to make sure that I was working hard and doing the things that I was supposed to be doing so that I could be ready,” Wolfe said.

Lafayette head tennis coach Ralph Van Ormer expects his players to get out on the court and practice as much as they can.

“We had a Zoom call, and I told them that I am expecting them to play as much as possible so that they can keep their game up,” Van Ormer said. “They agreed that tennis is a sport where you can create your own destiny. If they try to come back without playing at all, they know that they are going to suffer.”

Finding ways to practice shouldn’t be difficult for the players, Van Ormer said.

“With tennis, the nice thing is that you do not have to be at school to play,” Van Ormer said. “You can actually be at home and go to your local courts to play.”

Wolfe, like many other Lafayette students, is attending classes virtually from home. This has made it difficult for him to balance school and tennis.

“With the virtual format, I’ve personally had trouble managing my time, but I am slowly starting to get a groove with my classes, which means that I can slowly start to spend more time on the court,” Wolfe said.

Unlike Wolfe, alumna Kaitlin Palaian, who is a freshman playing soccer at Army, is not losing her fall season. Unfortunately, there are not many schools for her team to play.

“The Patriot League cancelled their conference for the year with the exception of Army and Navy because we are service academies,” Palaian said. “The problem is: Who can we play? Right now, we have one game scheduled against Navy on Oct. 31, but that is the only game we know of at the moment.”

Although the team has only one game scheduled, Palaian says that they are thankful that they are able to play in the first place.

“We’ve tried our best to keep morale high on the team and not focus on the fact that we have only one game,” Palaian said. “Before, we didn’t think that we were going to have any games. Knowing that we have at least one game has definitely boosted morale, and we are just happy that we are able to practice.”

Palaian does, however, feel bad for the seniors.

“I was sad because I really wanted a season, but I also felt bad for the seniors on the team since this is their last year,” Palaian said. “Not being able to finish out their year with a full season has got to be hard, so I feel more for them than I do for myself.”

Fortunately, the NCAA has granted most fall collegiate athletes an extra year of eligibility.

“If the seniors decide that they want to come back at any point and play, they still have that opportunity,” Van Ormer said. “The NCAA has granted them an extra year of eligibility, which is a nice thing for them. It’s not the ideal situation, but I think that everyone has come to terms with the fact that the greater cause here is to not spread the virus and that staying safe is what is most important.”

This story was originally published on The Southerner on October 1, 2020.