‘Cuties’: Not so cute after all 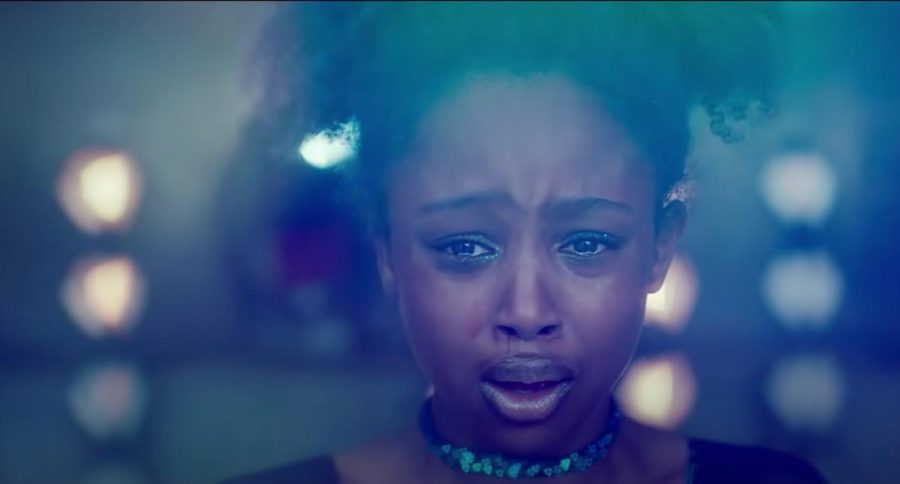 "Cuties" protagonist Amy breaks down after realizing the dangers she put herself through due to social media's negative influence. As much as the movie may seem like it was written by a middle-aged pedophile, it was actually created by a woman who endured the same struggles as Amy.

By Anika Sikka and Naomi Ichiriu

Generally speaking, teenage girls’ coming-of-age movies are pretty cringe-worthy. Often centered around a lifelong crush or a fashion reset, these movies feed into society’s misconceptions about women being shallow or superficial.

So, when “Cuties” — a French film, described as another teenage coming of age movie — came out on Netflix, we didn’t have high hopes and expected to watch another generic hour-and-a-half long movie with the same cringe-worthy story and unrealistic expectations for teens.

After an eventful 96 minutes, we had to give it to “Cuties”: It definitely was different — but not in a good way. Instead of a movie with an overused plot line, we were met with a cautionary tale with intentions of providing commentary on prevalent social issues young girls face today, which was not what was marketed by Netflix.

A Sundance Festival winner, “Cuties” tells the story of Amy, a young girl from a conservative Muslim family that just moved to Paris from Senegal. The traditionalist values of Amy’s family clash with the environment at her new school, where she becomes enraptured by the Cuties, a group of girls who dance in preparation for a dance competition. As Amy attempts to find her true self, she ends up wedged into an uncomfortable middle ground between her two worlds.

This film’s intention was to provide insight into the influence the media has on the hyperseuxalization of young girls. It did this by showing how the pressures and influence of social media forced the girls to “grow up” much quicker than they needed to.

Although some scenes were creepy and hard to watch, they reflected on the sad truth that some of the situations in the movie go beyond the screen for many young girls to realities many of them face.

The message that “Cuties” sent was strong and necessary, but a crucial reason as to why Netflix received so much backlash for the film was because of their marketing choices. For instance, the poster for “Cuties” portrayed the girls posing in revealing dance clothes, serious looks on their faces — a sharp contrast to the original poster in France, which displayed them parading through a street after a shopping spree. The central message seems to be focused on their clothes instead of a happy carefree group of girls, as shown in the French poster. 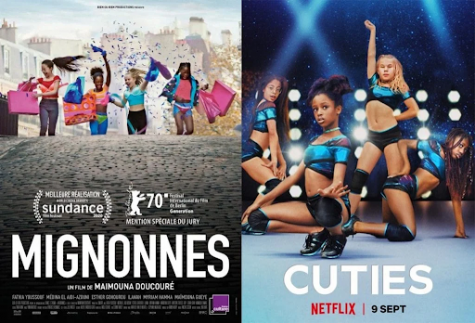 Netflix’s initial description of the movie was: “Amy, 11, becomes fascinated with a twerking dance crew. Hoping to join them, she starts to explore her femininity, defying her family’s traditions.”

After receiving backlash from the public, Netflix changed their description to: “Eleven-year-old Amy starts to rebel against her conservative family’s traditions when she becomes fascinated with a free-spirited dance crew. Hoping to join them, she starts to explore her femininity, defying her family’s traditions.”

This “revised” description was essentially the same as the first one, just reworded. Their flippant use of the words “rebel”and “defy” minimize the issues that pre-teen and teenage girls face when thinking about their bodies and what they see online by typecasting those struggles as acts of rebellion which invalidate many young girl’s very real struggles with body image.

We weren’t alone in our criticism of Netflix’s marketing; millions of Netflix users took part in a #cancelnetflix movement on Twitter after Netflix published their poster and description of the movie. Users demanded the movie be taken down. When Netflix responded by just altering the description, many canceled their subscriptions, with Netflix’s cancellation rates rising to eight times higher than normal.

However, Netflix’s bad marketing should not undermine the strong message that “Cuties” delivers, a message personal to the screenwriter and director, Maïmouna Doucouré.

Doucouré’s intent behind “Cuties” was to provide social commentary on the objectification of young girls, and the pressures they face from the media.

“I was trying to recreate the little girl who I was at that age,” Doucouré said in an interview with Time. “I was giving her a voice, and looking at what it means to become a woman.”

Amy bears these struggles of womanhood and the influence of social media throughout the movie, eventually leading her to lose her own sense of identity. She perfectly portrays the dilemma that many preteens face: They’re exposed to so many new ideas and trends, but lack the ability to determine what’s best, leading to social and mental consequences.  At the end of the movie, Amy chooses neither her traditional family-centered life nor a wilder life with the Cuties; instead, while dressed in modest western clothing, she joins a group of neighborhood children jumping rope.

“Cuties” is raising awareness about the struggles many young girls face in today’s day and age. Watching the movie is supposed to make the watcher uncomfortable, because the sexualization of young girls in the media is disgusting. It’s not a comfortable conversation, but it’s one we need to have because — spoiler alert — as much as the movie may have seemed like it was written by a middle-aged pedophile, it was created by a woman who endured the many of the same terrifying situations as Amy.

This story was originally published on The Talon on September 28, 2020.