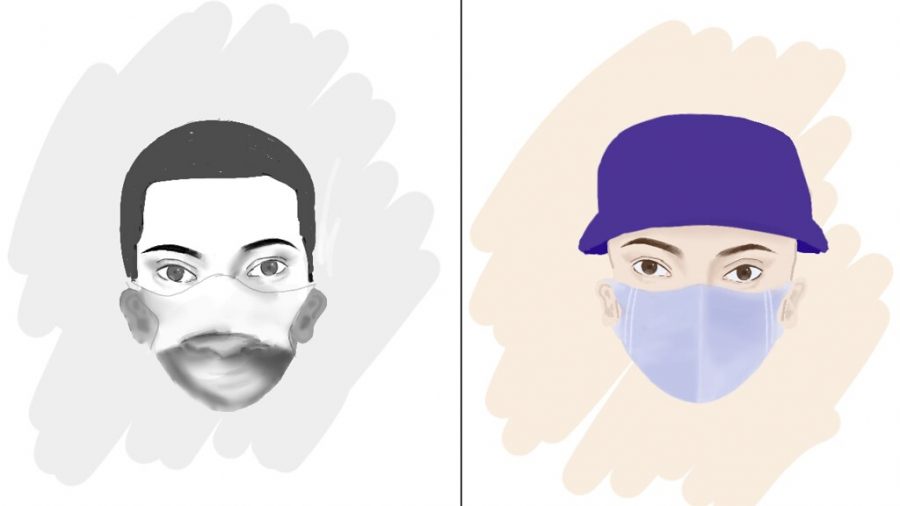 Many of the current conditions of the COVID-19 pandemic mirror those of the Spanish Influenza in the 1918.

Just a bit after 2020 started, we found ourselves in a pandemic due to the spread of the COVID-19 virus. COVID-19 is a threatening virus that was initially introduced as something passing, like the common cold, but according to CNN.com, it has killed 939,000 people worldwide within nine months of its arrival. However, something like this has already happened in 1918. The Spanish Influenza (also known as the Spanish Flu) of 1918, according to history.com, came in three waves, the first being a mild flu season during the spring, the second wave a highly contagious and deadly wave, infecting millions and killing around 20,000,000 to 50,000,000 people and the third with slightly less impact than the second wave.

During the Spanish Influenza, some islands like French Polynesia declared total quarantine. “For example, some local governments did try to close major gather[ing] spots such as schools,” Mr. Liddle, a World Geography teacher at Dougherty Valley High School, explained. While this did slow down the spread of the virus, there were other events that helped perpetuate the spread, like the city of Philadelphia, where they threw a major military parade.

The local governments in 1918 closed gathering spots after the second wave hit to try and slow down the spread of the virus. In 2020, the government started implementing policies similar to those in 1918, like placing lockdown orders to prevent the spread of COVID-19. To lower the number of people with COVID-19, medical workers advised people to wear masks.

“There’s many things [that I wish would’ve happened], we had 2 ½ months of awareness, and in that time, I wish we had a ramp of protective things like cleaning, and I have no idea what the toilet paper situation was, but I wish people would have worn masks and limit international travel and keep the numbers smaller,” Dr. Melissa Belanger, a pediatrician in Frisco, Texas, said. Along with wearing masks and limiting international travel, Dr. Belanger also mentioned that based on countries that had the COVID impact earlier, doctors should’ve prepared testing equipment and could’ve asked countries such as South Korea about how they were running so many tests at a time.

While the number of people infected was increasing daily, the limited spaces for the sick were getting filled up, and consequently, there were not enough places for people who had just caught the virus. As a result, areas for the sick had to be made outside the hospitals so that doctors could treat them. For example, when the number of COVID-19 cases started to increase heavily in March, hospitals were filled with COVID-19 patients, which made it necessary to open makeshift hospitals.

The opening of makeshift hospitals happened in both 1918 and 2020, and according to Mr. Liddle, “There are photos of gyms, stadiums and churches begin[ning to be] converted into makeshift hospitals, including in Oakland and San Francisco.” Some examples of makeshift hospitals in 2020 are those in New York, where a 1,000-bed hospital has been made with the help of the US Army Corps, who were looking for large spaces to build more hospitals.

Masks have been a recommended item for every pandemic, including the pandemic of 1918 and 2020. Masks can help reduce the number of transmissions and are essential for workers to wear.

Mr. Yi, an owner of a business that operated during the shelter-in-place order, said “Definitely working with others [is the hardest] because I’m constantly worrying about the risks of getting and passing on COVID-19 to the people around me.”

Mr. Yi says that although he doesn’t like the masks because it’s difficult to breathe in while working, he’ll still wear them to avoid getting COVID-19 and states that he doesn’t understand why people don’t wear masks. Like some people today, there were people who refused to wear masks in 1918 as well.

The “San Francisco Anti-Masker League” was an organization that protested against the mask requirement of 1918. Back then, there were $5 fines for anyone who didn’t wear a mask. There are similar cases in present times, where people have been refusing to wear masks and disturbing others with this.

Although no one knew how to treat the Spanish Flu at the time and it is hard to find something that is 100% effective at the moment, people in both times have found a way to help people with the virus.’

Mr. Liddle explains that during the Spanish Influenza pandemic, “Antivirals had not been a field of major research at the time, so while doctors isolated patients and tried a variety of responses such as aspirin or quinine, this was about all they could do.”

Dr. Belanger said, “I work as a private pediatrician, so kids with COVID-19 symptoms come to the hospital, and we have them stay in the car.  Then we go out to their cars and test the kids. If a child does get tested positive for COVID-19, then we let the parents know what they should be doing to help the child get better, and we make sure the kids with asthma have their inhalers.”

Many medical researchers are trying to find a vaccine for COVID, which will eventually lead to finding the medication needed. Many doctors are anticipating that this fall, there will be a second wave that will be much stronger and active with the common cold and the flu.

Dr. Belanger agrees to this, explaining, “It’s hard to say, but it’s definitely possible. It’ll happen when the numbers go down and people relax. There might be another wave in the next few months. It’ll be very confusing, and like I said before, the circulating virus [the common cold and the flu], it’s very possible, and it’s not going to zip away. It’s going to be here for a long time, and many companies are making a vaccine that’s effective and safe.”

Vaccines for viruses would normally take years to make, but many companies are manufacturing them to help other people to be immune. With the Spanish Influenza going on without vaccines, people had to let the virus just pass by.

“In the end, the Spanish flu seems to run its course, I’m hesitant to say immunity because that is a currently politically loaded term, but it seems that may have contributed to the decline of the vitality of the virus,” says Mr. Liddle. He also said when a few soldiers died of the swine flu, the government was afraid of another pandemic and took drastic measures like the mass production of vaccines. Also, Mr. Liddle refers to the effort being much more massive while preparing for the swine flu compared to the CDC’s efforts now.

No one knows what’s going to happen next, seeing the comparison of the most recent two pandemics, but according to Dr. Belanger’s advice on taking care of the current situation, it seems like we’ll have to, “Stay calm, don’t freak out, and be flexible.”

This story was originally published on Wildcat Tribune on October 1, 2020.