So police should be defunded…what would that mean? 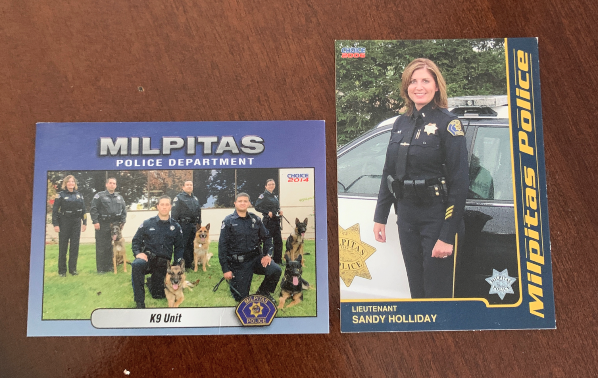 Formor Milpitas officer, Sandy Holliday, recounts her experiences and opinions on the issue of defunding the police, specifically in regards to the city of Pleasanton, where she currently resides.

For all that the argument for or against defunding the police can be debated, what it boils down to in the end is this: violence at the hands of the police has reached a point that, as human beings and citizens of a country sworn to protect us, cannot be ignored.

As extreme as it sounds, defunding the police is necessary for cities across the United States that spend a radically disproportionate amount of money on their police than any other essential departments.
Why is this necessary?
The world has watched, for months now, what historians are calling the largest civil rights movement in history, sparked by the death of one black man, George Floyd, at the hands of a white cop.

This one murder shook the nation worldwide, but the truth is in 2020 alone, the police have, reportedly, killed 598 people in America. 28% percent of those people were black, despite the fact that their race only makes up 13% of the American population.

But even without taking into account the horrifying reality of police violence, especially against targeted people of color, data shows that 9 out of 10 calls for service are for nonviolent situations.

Because of the aggressive use-of-force and worst-case scenarios police officers are trained in, it’s not surprising that some of these calls, such as those where a subject displays signs of mental illness, don’t end well. 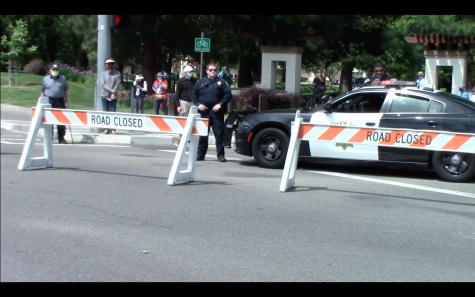 The Police Executive Research Forum found in a 2016 survey that police departments spend “an average of 58 hours on gun training, 49 hours on defensive tactics, and eight hours on de-escalation, crisis intervention, and electronic control weapons like Tasers.”

That means only about 7% of their time training is spent training for calls that are 90% of the time, non-violent.

In approximately a third of fatal police-involved shootings, de-escalation could have prevented the death, as reported by the Washington Post.

One study in an NYPD stop-and-frisk program, over 90% of the people stopped by the police were not breaking the law, and had no drugs or weapons on their persons.

Most of those who were stopped were Black and Latino, and physical force was used half the time.
What would defunding the police fix?
According to the American Civil Liberties Union, defunding the police entails cutting the enormous amount of money funding the police department and using that to fund other essential departments such as job training, housing, counseling, and violence prevention. It does not mean there will be no form of law enforcement.

The truth is, police officers are forced to deal with issues simply beyond the scope of their job description, and often that causes more animosity than it resolves. Calls come in regarding homelessness, mental illness, neighborly disputes, loud music, etc.

The 2019 Pleasanton police department report showed psychiatric commitments as one of the top situations the police responds to, and even though the report also mentions a special enforcement unit to provide specialized responses, information is severely lacking.

“Police officers cannot be expected to be social workers, homeless outreach coordinators, and mental health experts, while also being law enforcement officials,” said Robin Hwang, a representative of an organization of Pleasanton youth, at a city council meeting on July 31st.

But while retired Milpitas police officer Sandy Holliday admits that police officers receive many calls that may be more suitably handled by another department, she understands that nobody can predict what will happen at the actual call. Even knowing so, she knows that the workload and responsibilities laid on the shoulders of one police department is too large.

“You might get a call with a mental health crisis, and they’ll request a social worker. But a lot of times, you get there and the call turns into something totally different. That’s my only concern. I am looking forward to the ideas that a lot of citizens and entities have about somehow transferring some of the duties so that officers can focus more on the violent calls,” saidHolliday.
What about Pleasanton?
When it comes to Pleasanton, here are the facts: the city budget has allotted about $30 million to the police department, 24.5% of our general fund, which is still higher than any other allotment, including general government, fire, and community development. Only $4 million goes to housing.

This distribution is, in context of funding for police in other cities across the country, not entirely unfair, but the policies and history of the department is as disturbing as any other.

The Police Scorecard, a project started by Campaign Zero that examines a police department to give it a “grade,” assigned Pleasanton a D (63%).

The scorecard takes into account police violence, police accountability, approach to policing, as well as the policies related to these issues. There were 2 deadly force incidents in Pleasanton from 2016-2018, in one of which the victim was unarmed.

The black population of Pleasanton accounts for a mere 5% and yet they make up 16% of arrests made by the police.

There are even still policies in place that make it harder to hold the police accountable, such as disqualifying complaints, limiting oversight/discipline, restricting/delaying interrogations, and giving officers unfair access to information.

We may be better off than other police departments, but our town is not exempt from racial bias and use-of-force training.

As quoted in the Pleasanton Weekly, during a community listening session on policing, John Baur said, “There’s been three high-profile deaths at the hands of Pleasanton police: John Deming Jr., Shannon Estill and my son, Jacob Bauer. All three could have been avoided had the responding Pleasanton police officers acted differently.”

While residents may argue that the police department in Pleasanton has been exceptional, it’s important to understand their perspective and, to be frank, their race. Black and brown people, even in our community, have a different story to tell, and it’s time we listen to them.

Whether or not defunding the police is on the books for Pleasanton, a thorough review of their policies and actions most definitely is. In fact, just in the last week, the Pleasanton council approved a policing policy review action plan with input from the community.

“In the past, for confidentially, a lot of policies weren’t made public, but now the public wants it, and a lot of the police chiefs, including Pleasanton, are saying ‘let’s open it up, and see what we can modify,’” said Holliday.

This is a step in the right direction. While not to the extent of Los Angeles or New York, residents of Pleasanton still argue that the city has the budget to provide support for the homeless and those with mental health issues, especially, it’s important to ask the question: is it right for us to assign that job, give that power, to the same people with the authority to arrest us?

This story was originally published on Amador ValleyToday on August 20, 2020.