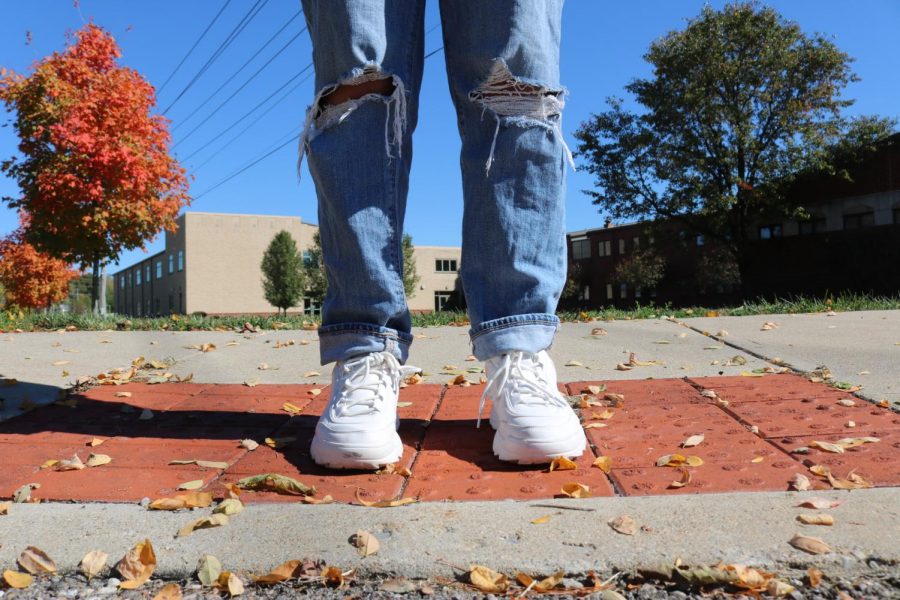 Being told to smile is a micro aggression used to invalidate the anger that many women around the world are entitled to.

In the 7th grade I began to contemplate what it truly means to be a girl in this world. Confused by provocative gestures and angered by insignificant rumors, walks home from school became solitude, my sanctuary. At 12 years old, this quiet time was stripped away from me.

I remember it was a rainy Tuesday afternoon. I looked down at my bright yellow rain boots stomping on the puddles splattered across sidewalks, and I counted the cracks in the concrete. I thought about how cool it would be to shrink, and fall into the crevices. I contemplated the scenario in my head when my thoughts were suddenly interrupted.

“Smile sweetheart, or your face will get stuck like that.”

I had seen him before. I remembered his yellow teeth and crooked smile. He was always outside, seated comfortably in his cigarette scented lawn chair. The world was his oyster, and he knew it. Daily, this old man leered over the public sidewalk, asking for things from random girls walking home from school.

I was young and immediately guilt filled, emotionally intelligent enough to be upset by his remark, yet lacking the experience to understand why.

Over time, that lack of experience has turned into countless encounters with the unfamiliar opinionated lips of men.

I am older now, and that guilt has turned to rage.

I will not smile. Not when one in nine women will experience sexual assault or abuse at the hands of a man. One in nine women will age with the pain of always feeling dirty, and used. One in nine will feel half empty and exposed, like an open wound anticipating infection. Silence and denial will become their closest friends. And those are just the ones who make it into adulthood.

I will not smile because it seems disrespectful to the 50,000 women worldwide who are murdered each year by their partners. My faked happiness will never bring back the women whose voices were ignored, and whose pleas were met with silence. The women who grew up and learned to cover black eyes with powder, and busted lips with gloss. And no matter how bad some want it to, a smile does not sweep their deaths under the rug. They were human beings. We are human beings.

I will not smile when over 20 million young girls in the United States alone have been diagnosed with an eating disorder. Over 20 million girls have grown numb to the taste of vomit and have acquired a liking to the bathroom stall. Over 20 million girls have convinced themselves that they don’t deserve to hold down their lunch. They feel more disgust when they look in the mirror and see any ounce of fat instead of noticing their body decaying from the inside out like a vacant building, as if they’re yearning to be torn down.

I will not smile when only 24% of the United States Congress is made up of women. This lack of representation has no doubt led to the decline in democracy itself. These men have continuously passed laws to force children though unwilling legs, to deny female prisoners the basic human right to sanitary items, and have ignored over and over again the rapists that are roaming our streets while touring Ivy League campuses.

I will not smile because I am sick and tired of being held to unrealistic standards. Both physically and mentally the body I was born into has given me an inconvincible point to prove. I have to be smart, yet I’m not allowed to acknowledge it. Intelligent yet moldable. Desirable yet modest. Bold yet easy to comprehend and easier to swallow. I have to be aware enough to know that these issues are happening, yet I’m still expected to just sit and look pretty. As if my entire existence is dependent on my ability to cater to the comforts of men.

So no, I will not smile.

Smiling is what got me into this mess. My lack of confidence has led to the false perception that I am satisfied with the way girls are treated in this world. Smiling has kept me from opening my mouth wide enough to discuss the issues that have impacted not only myself, but also every girl whose story I’ve taken the time to listen to.

So we need to stop telling girls to smile. Instead, we should spend that time and energy giving them something to smile about.

This story was originally published on The Knight Times on October 13, 2020.