Homework and hourly averages: How OPHS does after-school assignments

Students average three to five hours of homework per day, according to 72-student survey 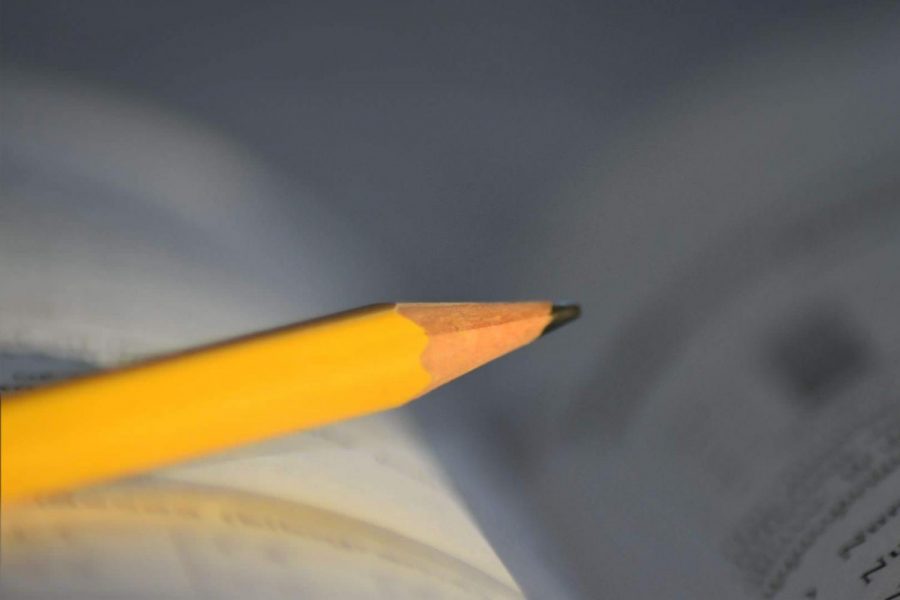 A pencil sits on a book while a student works

Click here if unable to see above. (Photo courtesy of Unsplash)

According to the Washington Post, a study conducted by Challenge Success from 2018 to 2020 concluded that on average, high schoolers did about 2.7 hours of homework per weeknight. A survey of 72 Oak Park High School students revealed that one spent over three times that in a given day, and others consistently exceeded the 2.7-hour average.

When asked how many hours students spent on homework in a day, answers ranged from zero hours to 12. Answers also varied based on the day of the week, but the average result was anywhere from 3 hours to 5 hours per day.

Junior Harshitha Dasari, however, finds that her homework load is just the right amount for her classes, not too copious or tedious. Nonetheless, with her five AP classes, Dasari spends most of her time studying and preparing for tests, not working on mandated assignments.

Freshman Hunter Glass feels that OPHS is home to a somewhat fast-paced learning environment from what he has seen so far. However, due to the fact that he has yet to be on campus whilst learning, he is unsure of whether or not he could give an answer which fully encompasses his thoughts on what the environment is like.

Glass expressed that he feels that his parents and teachers expect him to perform well, and that at OPHS, it can be “kind of embarrassing” if one chooses not to take more difficult classes.

“I put pressure on myself because I don’t want to be seen as stupid or dumb by my peers,” Glass wrote to the Talon. “I think we do better in school if we have competition. I also think this puts negative pressure on students and causes us to feel overwhelmed.”

For junior Jaren Hyde, however, most of his academic pressure stems from himself and friends, not the environment generated by OPHS. He spins this “pressure” into a source of motivation in hopes of attempting to excel in track while balancing it with school.

“Friends can give some pressure, but it personally helps motivate me to improve,” Hyde wrote to the Talon. “It just depends on your mindset.”

In a similar manner, Dasari utilizes the competitive spirit of her peers as fuel to work harder.

“Although, at times, Oak Park’s competitive atmosphere can be challenging and nerve-racking, I try to find the positives and use it as a motivator,” Dasari wrote.

Senior Preksha Rao also feels that there are both benefits and downsides to learning in a highly competitive academic environment. She takes a mix of rigorous and slightly easier courses, as her mom made her promise to not take a “boatload of AP courses” after having seen the impact which it had on her and her twin sister, Prerana Rao.

She also feels that the courses one takes and the grades one receives in school have nearly nothing to do with a person’s intellect.

“A person has a unique set of traits that make them excel in one area or another. School and the grading system only offers one area to excel in,” Rao wrote to the Talon.

According to the survey of OPHS students, when asked to rate how much they agree with the statement “kids who get better grades tend to be more intelligent than kids who get worse grades” (on a scale of 1 to 6, where 6 is “strongly agree” and 1 is “strongly disagree”),  answers largely varied based upon grade level. For instance, 31.25% of all juniors chose 1, “strongly disagree.” By contrast, freshmen and sophomores tended to choose 4, while seniors tended towards 4 and 1.

Hyde, who opted to take all CP courses and one honors class in favor of sparing time for athletics, tends to agree with this assumption. For him, Oak Park’s environment has created a stigma where people taking AP classes and receiving better grades are generally seen as more intellectual.

“I feel like Oak Park has made an environment that causes people to feel smarter by taking higher-level classes,” Hyde wrote. “It gets to the point where everyone else below them is viewed as dumb when, really, they are just average.”

Rao believes that the amount of work a student receives should not be proportional to the difficulty of the classes which that student takes. She feels that assigned practice which is then graded can act as pressure to understand material in a short time, which can have a negative impact on a student’s learning.

“I don’t think [that] anyone needs any more work than they have right now. For me personally, I find it more beneficial when a teacher assigns less work because I motivate myself to study and practice how I want to, so I can understand it,” Rao wrote.

This story was originally published on The Oak Park Talon on November 17, 2020.