In response to yesterday’s events at the Capitol

Breaking down a bleak day in American history. 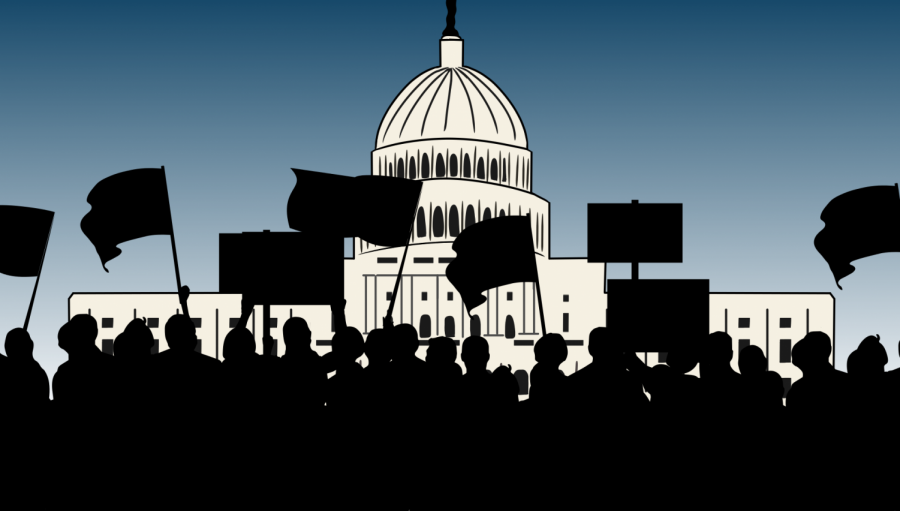 I was disgusted as I saw rioters storm the Capitol building.

Yesterday was not a good day. Anyone with half a brain should know that statement is objectively true. Yesterday was not a protest; it was an attack. In fact, it was the third attack on Washington D.C. in the city’s history. Yesterday was an assault on democracy, a disgrace to America, an act of treason. There is no possible justification for what happened yesterday. You cannot be in-between on this. If you find yourself making even the slightest of excuses for the rioters who stormed the Capitol yesterday, you are in the wrong.

I have always been proud to be an American, and I still am, but watching yesterday’s events play out shook that pride for the first time in my life. January 6, 2021 will go down as a bleak day in American history, right up there with Pearl Harbor, 9/11 and the day Lincoln was shot. I cannot imagine the country’s reputation will ever truly rebound. Yes, the U.S. will remain a global superpower, but people in other countries will always remember what happened yesterday, and their children will learn about it in school. It will be a black mark on our nation’s history for all the world to see.

Yesterday was chock full of vile scenes at the capitol, but perhaps the worst of them all was a picture of a man parading through the halls of the Capitol with a Confederate flag. I cannot even begin to fathom how disgusting it is that that flag made it inside the Capitol. Not only is it a flag which symbolizes years of oppression and racism, but it is the banner of traitors who fought a war against the Union. Not once during the course of the Civil War was that flag inside of the Capitol building, and to see it there today, 160 years later, is a deeply saddening thing It says a lot about those who invaded the Capitol. These people probably consider themselves patriots, but in reality they do not know the first thing about patriotism. They attempted to upstage democracy, and spit all over the country’s legacy. They are traitors, and they should be treated as such.

The blame for the storming of the Capitol lies solely with President Trump. He knows that a large group of his supporters would die for him if he asked them to, and he also knows that they are gullible enough to do something as stupid as what they did yesterday. Most of those who invaded the Capitol yesterday will be punished, and they should be, but you cannot punish them without doing anything to the man who caused all of this.

Months of baseless claims concerning voter fraud and a “stolen” election culminated yesterday. Trump probably did not want his supporters to storm the Capitol, but he had to know it was a possibility. The President of the United states instigated an attack on democracy that this nation has never seen before, and because of that he has lost his right to govern. The 25th Amendment should be invoked and Trump should be removed from office. He does not deserve to be president for another second.

Many have compared yesterday’s events at the capitol to the riots which sprung out of some Black Lives Matter protests in June. That needs to stop now. First off, the majority of BLM events over the summer were peaceful, although there were some events where peaceful protest devolved into riots. There was a heavy police presence at many peaceful BLM events, so there should have been one at the Capitol yesterday, regardless of whether it was thought to be peaceful or not. Any riots that took place in June are a disgrace, and they probably hurt the BLM movement, but they are nothing compared to yesterday. Yesterday was an attempt to derail democracy.

Any riots that took place in June were either perpetrated by people using a movement as an excuse to make personal gain, or people who were fed up after another unjust police killing of a black person. There’s levels to this. Yes, rioting because of the killings of George Floyd, Breonna Taylor, Ahmaud Arbery, Jacob Blake or others is still wrong. A peaceful protest is the correct response. But those who rioted after those killings at least had a viable excuse.

Those who did so yesterday do not. Those who think the election was stolen do not have a shred of evidence to back their claims up. They simply cannot get over the fact that Trump—who has morphed into some kind of cult leader—lost, so they threw a temper tantrum. If you advocate for riots without having any evidence to support your reason for rioting then you are an anarchist, plain and simple.

We can only hope that yesterday was the low point for our country, and that things will get better from here, but I am unsure of that happening. Even when Trump is out of office, his base is not going away, and I fear there could be more violent attacks once they realize that he is not president anymore. I hope the Republican Party finally jumps ship, ditches Trump and his brand of conservatism, but I am not confident that will happen.

Even with Trump’s most loyal bootlickers such as Lindsey Graham, Mitch McConnell, and Kelly Loeffler voting to certify the election results, six senators and many more GOP representatives objected to the certification, even after the attack on the Capitol. There’s a lot of uncertainty ahead, and what members of our government do in the next few days will shape the country’s political landscape for years to come, but there’s one thing we can be sure of: yesterday was not a good day.

This story was originally published on Clarion on January 7, 2021.