A letter to the next generation

In response to the insurrection at the Capitol, as well as America's troubling past. 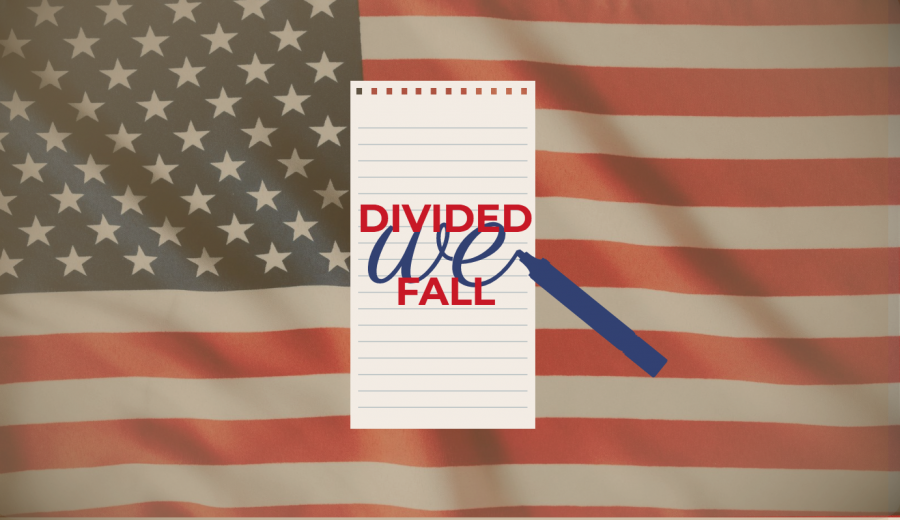 To the next generation:

Of all the emotions we felt on January 6, 2021, perhaps the most prevalent was exhaustion. We felt drained; we felt numb. Few were prepared to see our Capitol, the nation’s emblem of democracy and freedom, under siege. The infamy which marked this day is likely catalogued in your U.S. history textbooks, scored with the images of the destruction and chaos which spread throughout the city. Don’t forget such reminders of when our republic was threatened. Don’t forget what happened that day.

What began as civil discourse on the House and Senate floors, with a vocal minority of lawmakers objecting to state-certified results of the 2020 presidential election, quickly devolved into chaos. Instigated by the president’s lies and incendiary rhetoric, mobs of thousands descended on our nation’s Capitol building, scaling walls, smashing windows and running freely through the halls. We watched in horror as an uncontrolled act of domestic terrorism interrupted what was supposed to be Congress’ procedural certification of the Electoral College. We were glued to our TV screens and Twitter feeds as developing stories emerged of Holocaust-mocking seditionists, armed standoffs and pipe bombs inside the Capitol. We were terrified for the well-being of those still inside the building — and the centuries-old institutions facing mob rule.

You may be asking: “How did this happen?” Trust us, countless Americans have been asking themselves the same question. This act of insurrection should not have been possible in the world’s oldest constitutional democracy. But the president’s willingness to incite violence was not anything new or surprising. He refused to condemn white supremacy in both 2017 and during the first 2020 presidential debate. He threatened to send the National Guard to shoot protesters in Minneapolis following George Floyd’s murder, commanding “when the looting starts, the shooting starts.” And on the morning of January 6, Trump called on his supporters to “walk down to the Capitol,” while his lawyer Rudy Giuliani demanded “trial by combat.” Trump added, “We fight like Hell, and if you don’t fight like Hell, you’re not going to have a country anymore.”

You might also be asking yourself, too: “Where were the police during all of this?” After learning about the response to the Black Lives Matter protests of 2020, it would be fair to assume that law enforcement would have come out in full strength, prepared to protect a sacred democratic institution from any rogue crowd members. You would be painfully wrong. Some of the same police forces who tear-gassed, pepper-sprayed and arrested largely peaceful Black protesters just a few months prior allowed predominantly white Trump supporters, fueled by lies and conspiracy theories, to lay siege to the Capitol. It was the first such attack since the British army razed D.C. during the War of 1812.

Yet as chaos engulfed our nation’s capital, there were still signs of hope. A young Jewish man and a Black reverend were elected to the two Georgia Senate seats in highly-contested runoff races, a sign of a rapidly diversifying political landscape in a state historically represented by white men. Just a few days prior, the 117th Congress was sworn in, the most diverse class in the history of this country.

Members of Congress on both sides of the aisle condemned the attacks, and returned to the joint session at 8 p.m. to finally certify the result of a free and fair election.

Already, the events of January 6, 2021, are etched into the collective American memory. The riots were a culmination of four years of endangering behavior from a leader who had irrevocably tarnished the history of this republic — one already coping with a long, troubling past of white supremacy.

Regardless of the stain January 6 has left on our nation, we hope you take solace in the fact that democracy did prevail. Perhaps this testimony will demonstrate how our nation stood tall when the threats from a usurping minority tried to subvert the will of the people. Such attempts to undermine our republic only strengthen its most sacred promise: that the unrestrained whims of an autocratic leader be checked by, as President Lincoln once said, “the better angels of our nature.” Despite the efforts and baseless claims of thousands of seditionists, 147 congressmen and a sitting president, our government institutions, in the end, were capable of preserving our Constitution.

We must acknowledge that this event was more than an isolated incident; it’s a reflection of the current state of our country.

The American story, whether because of race or gender or religion, has never been an equal one for its citizens. But time and again, the people across this country have stood together through struggle and strife, through war and devastating acts of terror, because of one immutable fact: the story of this nation, in spite of all of its flaws, is a shared one.

Never lose faith in the American creed. Otherwise, those who would wish us divided have already won.

This story was originally published on The Black & White on January 8, 2021.