The Terrifying Rise of Antisemitism 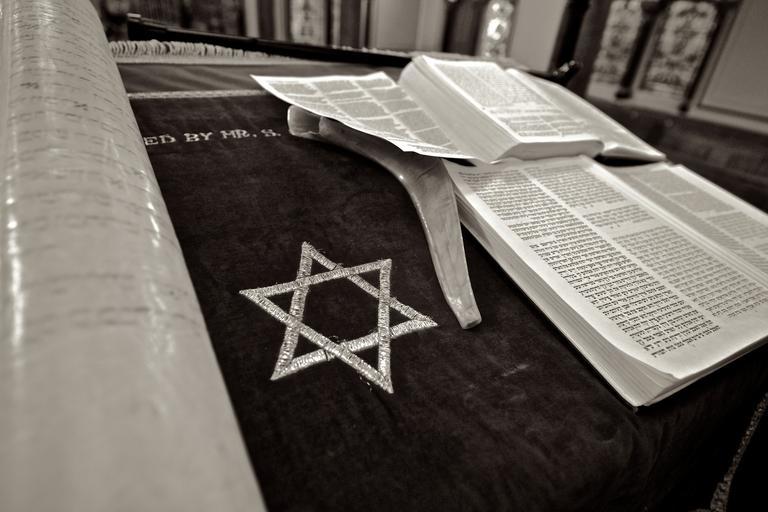 The Star of David is the Jewish symbol composed of two overlapping triangles, creating a star with six points. It appears on synagogues, Jewish tombstones and the Israeli flag.

I grew up very privileged. My biggest worries in life were if I was running late for soccer or if I had forgotten to study for my alphabet test. My parents created a “bubble” so that I could live the life that they wanted for me. This bubble kept me safe and secure, and its most important and effective job was shielding me from the true horrors of what was occurring in the outside world. Unfortunately, this bubble popped as I got older.

21 days before I was born, the United Talmud Torah School in Canada was firebombed. This was one of multiple attacks that happened in 2004. While I was enjoying my afternoon snack in kindergarten, the Etz Hayyim Synagogue was targeted in an arson attack in Greece in 2010. This was not the only antisemitic attack that year. From 2008-2010, there were 3,802 reported antisemitic attacks in the United States alone.

I had never really embraced my Jewish roots. I always thought it was cool saying “oh yeah, I am Jewish!” to my classmates or telling everyone that I celebrated “eight days of Hanukkah,” when other classmates only got one day of Christmas, but I never fully understood why my background as a Jew was so important.

As I started attending Sunday school, also known as Temple, I began to learn about what it was like to be Jewish. I learned a lot faster than my other classmates that Santa was, in fact, not real. I also learned that I would be hated by millions across the world, and I did not get it. Is it because I played soccer? Is it because I forgot to wash my plate from breakfast? They told us of a concept called “antisemitism,” which was too difficult for me to spell in elementary school.

We learned that antisemitism was an innate hostility or prejudice against Jewish people. I was too young to understand why someone could feel such a hatred towards someone of a different religion. I loved everyone, unless of course, they knocked me out in four square at recess.

My first understanding of antisemitism was when my mom told me that throughout her entire life, people said to her that she “does not look Jewish.” I did not understand why such a simple statement seemed backhanded, until she explained to me that they expected her to look like the stereotypical big-nosed curly-haired individual. She also explained that their comment diminished the work that she put in to embrace her Judaism faith: hours on end of memorizing prayers, Friday and Saturday services, Sunday school and so much more just to be told “hey, you totally do not look Jewish!”

I also learned that my maternal great grandfather was arrested several times in Russia for being Jewish, because he had a good job that paid well. My maternal great grandmother was accused, whenever they were out in public, of kidnapping my mom due to my mom’s darker skin-tone, light eyes and blonde hair, all inherited from her Israeli father. The three of them ended up fleeing Russia due to the severity of the persecution that they were facing for being Jewish. My paternal grandfather ended up fleeing Germany in 1936 for the same reason: he was being persecuted for his Judaism.

As I grew older and transitioned into middle school, I began to see antisemitic views more commonly. In seventh grade, we were learning about the Holocaust. At that point, I had heard a lot about it from both of my parents and Sunday school. I recall a boy in my class started cracking jokes about Jews and ovens and their tendency to be greedy and steal money. Hearing his jokes made my cheeks burn with embarrassment, and I felt like I could not speak the rest of the day.

That same week, I went to Sunday school and poured my heart out about what I had heard. I thought I was alone in having these experiences until I learned about the threats made towards my peers, the Swastika symbols they saw on stop signs while driving around and the belittling we had all faced simply for being Jewish.

I started to notice attacks on the news as well. In 2014, there were 912 reported antisemitic incidents in the United States. I had gone to a summer camp called Teko in fifth grade, where every attendee was Jewish. To see that a summer camp for children in California was vandalized with the words “Jews=Killers” made me realize how lucky I was that nothing had happened to me when I was at Teko.

In eighth grade, I celebrated becoming a grown woman in Jewish culture by having my Bat-Mitzvah. I spent months learning and reciting prayers in Hebrew, so that I could lead a beautiful ceremony for my loved ones. At my party with friends, I was so glad that each and every one of them could be there with me, until I was informed a few years later that a person I had invited gossiped that “I was too proud of being Jewish.” A person who I thought I could trust at that time turned out to find my love for my religion obscene and over the top.

My parents explained to me that a lot of the antisemitism stemmed from the conflict between Israel and Palestine. Both nations hated each other, and violence ensued from both sides. They also explained that a lot of people hate Jews because they believe that Jews killed Jesus. My ninth grade social studies teacher explained this belief around Jews killing Jesus and the ridiculousness behind it all. Apparently, in the first millennium of the Christian Era, leaders in the European Christian hierarchy claimed that Jews “were responsible for the crucifixion of Christ,” and since Jews do not accept Jesus as the Son of God, Christians then found it arrogant. Yet, one unsubstantiated belief can become a widespread message of hate.

In ninth grade, I began to notice the minimal knowledge that non-Jewish people had about Judaism. When I would tell people about being Jewish, they would ask if “I speak Jewish” or if “I am allowed to listen to Christmas music.” I realized that despite me knowing an insane amount about Christianity, Christian students knew very little about Judaism.

It may be the fault of the school system, making us sing Christmas songs near holiday break, mostly talking about Santa and the Christmas tree or only giving students Christian holidays off. It may be the fault of coaches, assuming that their players are Christian, leading their teams in Christian rooted prayers and never inquiring about other possible holidays. It may even be the fault of parents, misinforming their children about Judaism or not teaching them what being Jewish is. However, the blame cannot be put on one sole group of people. No one has fostered the need for children to learn about Judaism.

In tenth grade, I went to my friend’s birthday party. It was a blast until a classmate of mine came up to my friend and asked him if he was Jewish. It was definitely an odd question to ask at a party, but I was intrigued. He began to explain to my friend that he was “lucky” for not being Jewish because being Jewish is “horrible.” I was shocked and appalled, and yet I almost was not surprised. I grew up with stories on the news about antisemitic attacks, too many to write about here. I experienced antisemitism from classmates, and I knew antisemitism would not fade away as I grew older.

2020 entailed numerous accounts of antisemitism. Rumors about how “Jewish people started COVID-19” surfaced. In France, a white supremacy group paraded the streets chanting “Dirty Jews.” In Australia, a golf course owned by a Jewish family was vandalized with Swastikas. These were just two of the hundreds of attacks on Jewish individuals.

On Hanukkah, an antisemitic event occurred each day. The only Anne Frank memorial in the United States was defaced with swastikas. A man threatened to blow up a train in Belgium unless the Jewish passengers stepped off. In Ukraine, a man filmed himself toppling down a public menorah while shouting slurs. A synagogue in Iowa was vandalized in broad daylight. An elderly woman was harassed for being Jewish while buying cookies. A swastika and racial slur were drawn outside of a high school. A public menorah outside of the Alameda City Hall was found shattered. Laconia State Representative Dawn Johnson shared a racist and antisemitic meme on social media from a neo-nazi website. A man screamed racial slurs at attendees of a Menorah lighting and ran over a Jewish man.

The holiday of lights and love became the holiday of hate and despair for Jewish people to face all across the world that year. I feel sick and scared even to be living through a time period where it feels as though antisemitism is back on the rise, stronger than ever.

In 2021, I thought that the antisemitism was over. Everything felt calm, until a video surfaced of an attendee at the Capitol Hill terrorist attack claiming that “Hitler was right about one thing” followed by a man portraying the Hail Hitler stance. Another man was caught wearing an Auschwitz Camp hoodie, a concentration camp that murdered millions of Jews during the Holocaust.

I wish I did not have to write this. I wish that I never had to deal with hatred solely based on my religion. I wish that I did not have to witness my classmates being targeted for their skin color or religion as well. Yet, it would take a miracle for all of the hatred in the world to vanish, just to be a mere sentence in a history textbook. The best step forward is to treat your peers, teammates, friends and significant others how you would expect to be treated. Ve’ahav’ta lere’acha ka’mocha, love thy neighbor as you love thyself.

This story was originally published on The Echo on January 10, 2021.