Dear people who stormed the Capitol, from a young, Black, female American 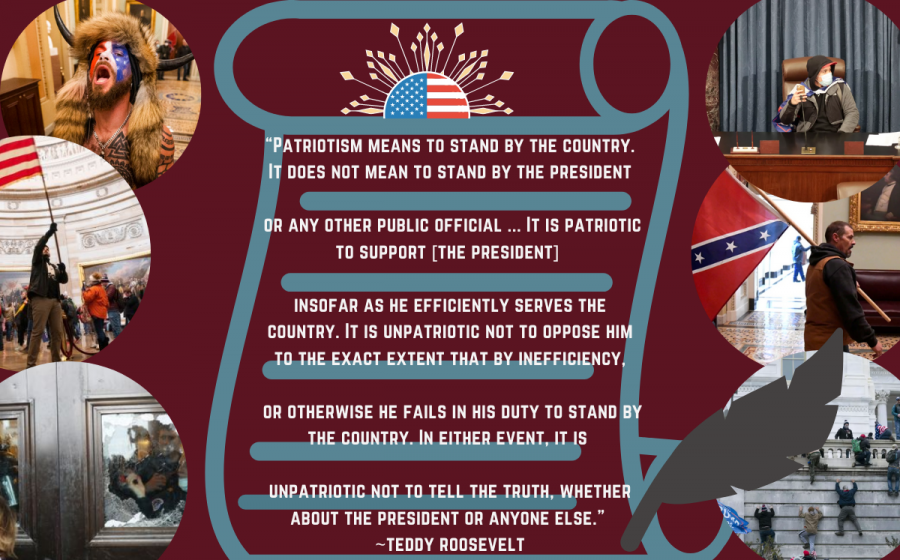 Recent news of insurrectionists storming the nation's capitol is the antithesis of patriotism.

The year 2020 decided it wasn’t finished with us once America received the joyous experience of watching you storm the Capitol, something that hadn’t been done since the War of 1812. I simply have one question for you: How does it feel to know that you have all embarrassed America? Days ago, you woke up and made the conscious decision to break into a building that symbolizes the democracy our country stands for. Perhaps you had been planning this for the past couple of weeks. Regardless, you made a violent and frightening decision, all because the rest of the country didn’t give you the president you wanted.

You can say that you did it to be heard, but let’s call it what it is: you’re racist and you’re in love with your racist president. You would rather be caught dead than live in a world where minorities are safe and are given a free chance at their version of the American Dream. You can’t stand to see Black people successful in office, despite their vow to protect every American (including people such as yourself).

You would rather the streets be filled with the cries of a woman whose sons have just became a Black Lives Matter statistic. You would rather cops be murderers, under the guise of “protecting our nation.” You would rather children be separated from their parents and locked away at the border, because they’re “illegal.” Let me remind you: your ancestors stole this land, killed the native people for this land, and then tilled this land on the backs of slaves until it killed them. This was never yours, and that white privilege you walk in has brainwashed you from reality.

During the Black Lives Matter Protests, there were over 19 deaths and over 14,000 people arrested. Go and read that again. Nineteen people died, as they peacefully marched in honor of the fallen. You claim white privilege doesn’t exist, but you’re kidding yourselves if you think a group of Black people could have done what you did and gone home that night.  You lived. Yes, you were tear-gassed, but you survived. This was not a revolution, it was treason and your justification is invalid. Joe Biden won the election. It wasn’t fraud. It wasn’t fake news. You just need to—as you so eloquently told the Democrats in 2016—get over it.

The willingness to hate people who don’t look like you under the façade of “freedom,” “patriotism,” and “peace,” while causing mass destruction is deeply disturbing and disgusting. Actions like these set back our nation so far from being a safe place the rest of us deserve. I continue to hope that one day things will be different, that you can learn to accept the things that might not make sense to you. That you take the time and energy to move forward with the rest of us before we leave you behind. On January 6, the world was disappointed by you and ashamed of America. Change and progress at this point is not a personal choice. It is the only way that our nation will survive. To live up to the promise that our forefathers made that this is the land of the free, where all men are created equal.

By the way, I have a message for your President: I hope you sleep well at night knowing that in the last four years you have spewed hate and venom from your lips and into the souls of the vulnerable and impressionable. You made reasonable Americans furious. Most importantly, you made us stand up. You forced us to show up at the polls and stand up as a community, to stand together to name Joe Biden the next President of the United States. Please sleep well at night, knowing we will never allow you to step foot in that position again because that’s justice for all.

This story was originally published on The Current on January 11, 2021.