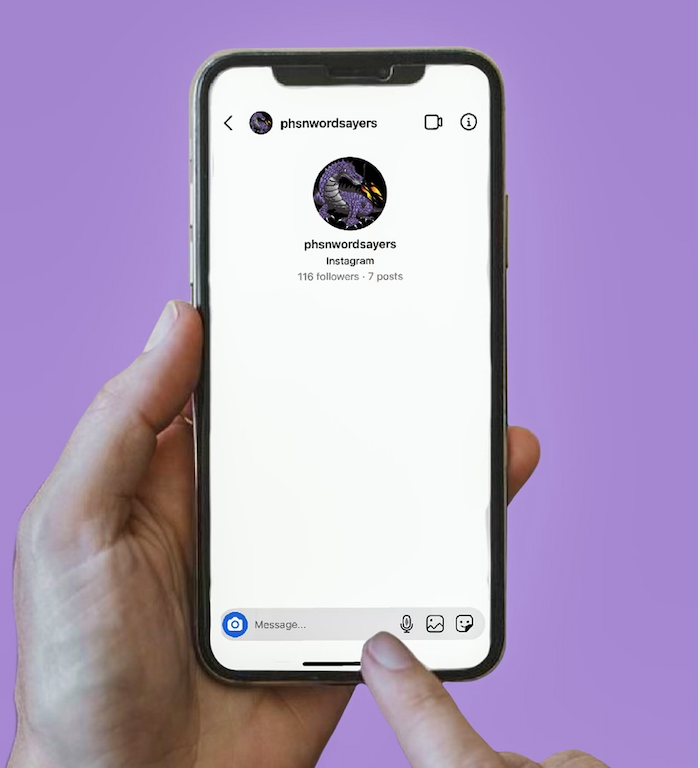 Graphic above designed by Kate Poling. Featured is one of the anonymous instagram accounts that has gained popularity amongst the students at PHS.

By McKenna Hodges and Joseph Lee

Sophomore Ella Rhuems was on her way home from work when she got an Instagram notification.

“My heart sank. I understand what they’re trying to do with these accounts, but this isn’t the way to do it,” Rheums said.

Several anonymous Instagram accounts that are not affiliated with USD 250 have been created under the school’s name, using the district’s logo—“@phsnwordsayers” “@pittsburghighconfessions” and “@phscomplimentsall”.

“I looked at the notification, I did a little bit of a double-take,” Rheums said. “I was asking myself, ‘who would have done this, when could it have happened, was there misinformation or did someone hear about this from someone else?’”

The post accuses Rhuems of saying the n-word and claims that she justified her actions by reasoning that the word was in a song. It also features a picture of Rhuems along with a screenshot of the anonymous message to @phsnwordsayers.

According to Rheums, the controversy has affected her relationships with friends and family.

“People have told me that they don’t want to be friends with me anymore,” Rheums said. “People have come up to me and been like, ‘well you’re just denying it.’ I’ve gotten a lot of backlash for it.”

Rhuems said she is worried that being featured on the account could have lasting repercussions.

“I’m graduating early and I plan to go to medical school,” Rhuems said. “They check your social media and stuff now, so if the account doesn’t get taken down, it could have a big impact on my future.”

According to the school administration, it is difficult to address the accounts because of their anonymity.

“Unless somebody informs us who [is running the account], we honestly can’t do too much,” assistant principal Jeff Johnson said. “I know sometimes [the reporting process] can take some time depending on the company and their process. We get as many people to report it as we can so that it gets taken down as quickly as possible.”

The anonymous account that started the trend at PHS, @pittsburghighconfessions, has since been removed.

“We reported it multiple, multiple times,” Johnson said. “I don’t know if Instagram finally took it down or if [the owner] caught heat and decided to take it down before they got outed.”

Johnson said he noticed the popularity of the account amongst the student body.

“This comes on our student leaders—deciding not to follow that type of account. When I got on that account, we had some of our leaders in our building following it, 300 to 400 followers just kind of keeping up with the drama,” Johnson said. “If you don’t follow it, it doesn’t become as popular. It goes both ways.”

Counselor Stef Loveland said that these accounts have become popular due to a lack of accountability.

“I think as social media continues to grow and develop accounts like this will continue to become more popular because it gives people the misconception that it’s ok to say absolutely anything,” Loveland said. “ I do think there can be a lot of positives to social media, but in my opinion, anonymous accounts just aren’t it.”

According to the owner of @phsconfessionsall, who requested anonymity, the account receives direct messages of anonymous compliments and only shares submissions that are compliments.

“I think that people just don’t feel very much,” @phscompliments said. “When people get an anonymous compliment instead of just like, ‘oh, my best friend said this about me,’ they just feel really seen and appreciated, and that’s just a really nice feeling.”

“I believe you should not say the n-word if you are not Black, that is the bottom line.  But I’m not going to take things that are posted on [other accounts] as law because this is high school and there are grudges, revenge and gossip,” @phscompimentsall said. “I don’t take anything on there as the truth, but I appreciate what their goal is, which is trying to make us more socially aware.”

“It was kind of exciting to be put up there and know that someone out there said something nice,” Stefanoni said. “I’ve probably just been checking the account every couple of days to keep up with all of the other positive stuff.”

According to a study done by the Pew Research Center in July of 2019, only 31 percent of the people interviewed believed that social media was helpful in raising awareness about social issues.

According to Stefanoni, the other accounts are handling controversies the wrong way.

“Sometimes it comes as shockers because you don’t know certain things about people that you maybe wish you didn’t know, but I think there are better ways to go about that without making things public for everyone,” Stefanoni said. “I’d rather it not be public and have my friends find out or whatever. I hope [people] can be approached about issues by someone other than Instagram accounts.”

Loveland encourages students to communicate with staff if they were featured on the accounts.

This story was originally published on The Booster Redux on January 13, 2021.