The Reality of Women’s Safety in Today’s Society 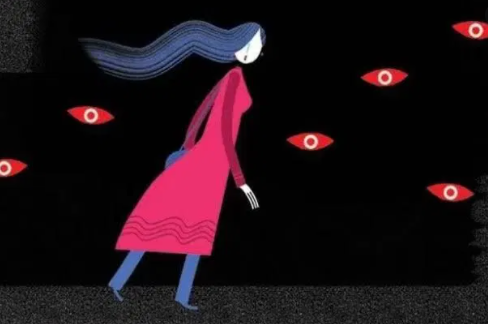 Woman feel a deep-rooted fear for their safety in a male dominated society.

Women’s activist Elizebeth Cady Stanton once said, “the best protection any woman can have is courage.” Courage is a necessity when up to 76% of women are targeted for physical and/or sexual violence in their lifetime according to unwomen.org, a website dedicated to providing insight into violence against women. This statistic alone reflects the deeply rooted culture of fear and caution that is drilled into the minds of millions of women around the world.

Chloe Roberts, senior, is especially afraid of being assaulted or kidnapped. Her fear is not unfounded, and the warnings of society’s ‘stranger danger’ mantra along with more personal warnings from her parents have evolved into a constant fear that shows in her everyday life. Even though the possibilities seemed low, and the circumstances unlikely, the warnings never ceased.

“When I first started going to elementary school my parents would say, ‘When you’re walking home don’t accept candy from a stranger in a van, or if a man has free puppies.’ Even though I lived in a really small town where everybody knew everybody, they still said not to accept stuff from strangers. It was always those types of things being said to me since I was a little girl, and it builds up. What if I get kidnapped? What if I get taken? That’s probably where it started,” stated Roberts.

The warnings stayed with her, and the intensity rose with each passing age. Gone was the childish naiveté of what being taken meant, and the expectations many women face were thrust upon Roberts. It seemed like basic freedoms such as how to dress could be harmful; to be, or not to be taken. This only made her fear grow.

“As I got older, it went from ‘You’re going to get taken’ to ‘you’re going to get assaulted.’ When I was in middle school, if I would wear leggings and a shirt that didn’t cover my butt, my parents would make me change. It made me feel unsafe to wear tight clothes, so when I go out I tend to wear baggy jeans, baggy sweatpants, and a baggy t-shirt to be careful,” states Roberts.

Heather Willson, sociology and psychology teacher, embraces the fear that many females have been taught. Without that fear and worry, many more women and girls would be endangered and have no way of knowing how to handle the situation. Not telling girls and women the risks and possibilities could raise their chances of facing possible danger.

“People are afraid because it’s real, and that fear is good. It helps a lot of people from practicing behaviors that would lead them to be victims. In no way do I feel that a female should be retrained not to be scared because that is not healthy. If you train her not to be scared to walk by herself at two o’clock in the morning, in no way are those numbers going to change,” said Willson.

Roberts’ father supports her cautiousness and often advises her on how to stay safe. But Roberts feels as though he does not fully understand the severity and near hopelessness of the issue. It goes beyond the fear of simply being harassed; it is a fear coded into girls and women and would be difficult for anyone to undo.

“I’ve talked about this with my dad, and he has a general idea, but he doesn’t know how deep the fear runs in girls. If something ever happened to me, he would be on the guy who did it to me, but he doesn’t understand just how much it affects us. He suggests self-defense classes, and that could help but that is still not going to stop the creepy guys from staring at me,” says Roberts.

According to Willson, the reason that women and girls are more careful compared to men is due to the victimology complex. The victimology complex is essentially the personality traits of people who fear or expect to be a victim. This is more prevalent in girls and women because there is more evidence that it will be likely to happen to them.

“The victimology complex has a perceptual difference. Every person sees the world through their personal lens; their family, their culture, their familial expectations. Everyone is already biased in that manner, and so guys look at society through their lens where they have strength. They know that the numbers of them being attacked is pretty minimal,” stated Willson.

One way for a man to understand the deep-rooted mindset that many women all over the world share, is if they make the effort or were attacked and were forced to recognize that fear. And Willson has found that the willingness to understand is oftentimes hard to come by.

“They don’t understand the threat, the expectation, or the numbers unless they have either lived through it or walked through the shoes of someone. It’s very rare for someone to take themselves out of their comfortable life and put themselves in someone else’s painful shoes to truly get an idea of how that person is suffering,” says Willson.

Everyday activities that may seem completely safe and normal have become an anxiety for Roberts and many other women just like her. Just buying groceries without a companion can bring forth fears for her safety.

“I’m really afraid of being alone when I go out, I want to take someone even if it is just my little sister. Whenever I’m walking around, even if I just go to Kroger by myself, I keep looking side to side and behind me. I wonder who is watching me, I try to be cautious but that just makes me extra fearful,” said Roberts.

There are many ways for women to stay safe amidst the ongoing struggle for guaranteed safety. Shelbee Richardson, Lake Ridge campus police officer, verifies that girls and women would be better off to be cautious throughout a typical day. There is no knowing what could happen and Richardson advises that precautions be taken even if it seems unlikely anything will happen.

“I would say women and everyone should take extra precautions with all everyday activities such as driving, at the store, at work, at home, walking places, being outdoors with friends, or when you are alone. You never know when something terrible will happen. It is better to hope for the best but prepare for the worst thing to happen because when nothing bad happens to you, you lose nothing,” states Richardson.

One way to make sure that one is prepared for an attack while alone or without help is to invest in self-defense classes. Richardson suggests some places that classes can be taken. There are many available opportunities for lessons could make a difference in the safety and security of a woman.

“If you get a chance, take a self-defense class. They do offer different self-defense classes, but one that local law enforcement agencies offer for women is R.A.D. (Rape Aggression Defense System). It is a self-defense class that teaches women tactics and techniques to defend themselves. Grand Prairie PD and Arlington School of Self Defense are two locations around here that offer that,” said Richardson.

If self-defense classes are not an option, or if additional measurements for self-defense are desired, there are also many tools available for women no matter what age. While these things cannot be taken to school, they are perfectly legal at most workplaces and are most commonly carried in easy access locations such as a purse or keychain.

“Women can carry self-defense tools like pepper spray or keychains designed for self-defense tools for you to carry and make sure you have that readily accessible. Just know if these tools are used in the wrong manner, you may face criminal charges,” says Richardson.

Of course, not everything can be prevented. Even the more diligent women can find themselves in the unfortunate situation of having to defend themselves. There are still ways to protect oneself with no training or self-defense devices. There are no rules to fighting for your life, and Richardson suggests to avoid the rules when in real trouble.

“If you have to defend yourself from an attack like kidnapping, then do not worry about fighting fair. Go for the eyes, nose, throat, groin, knees, anything, and everything. Even use spitting as a tool but try to spit in their face. Spitting may sound kind of funny, but it might startle the suspect, and it also gives law enforcement DNA evidence they could possibly use later if needed,” stated Richardson.

It is not anything to be ashamed about, being extra cautious with your safety. Just because someone is careful or well-prepared does not mean that they are weaker in any way. Richardson is one of the most trained women at Lake Ridge in terms of self-defense, and yet she is cautious in her personal life.

“Just because I am an officer does not mean I am in any less harm than anyone else. I make sure I am always aware of my surroundings. When I walk in stores or go out to eat, I always look at exit routes, watch people’s demeanors, and just pay attention to everything going on. I carry self-defense tools and have more training than most people, but I still notify people where I am going and when I get there, especially if it’s an unfamiliar place or place with a higher crime rate,” states Richardson.

Willson’s unique perspective as a mother as well as an attack survivor has influenced her perspective on how to raise little girls to become aware. When she was around her youngest daughter’s age, Willson was the victim of a kidnapping. Despite her emphasis on the importance of fear for a situation, she is doing everything in her power to protect her daughter from that fear.

“I have had a hard time with the little. I have been choking on stress, anxiety, and panic most of her life at this point. Especially this year, for the simple fact that she is the age now that I was when I was kidnapped. My only true goal is to let her be a child for as long as possible. I’m gonna be honest, I don’t think I do a good enough job with her about stranger danger. It’s a big mess,” says Willson.

Roberts wants to impact the future children by teaching them about the real issue, but to also remind them that not everything can be prevented. There is always a way to prepare yourself for a terrible situation. Roberts believes that it’s important that you know the possibilities of how to get away, but to also know that it is never the victim’s fault.

“It’s never going to be their fault if something ever happens. I don’t want to make them feel scared to wear tight clothes because a guy or someone is going to stare at them or assault them. I want them to be aware that this is a real-life problem, but I don’t want to put the fear I have into them,” says Roberts.

This story was originally published on Eagle Nation News on January 15, 2021.