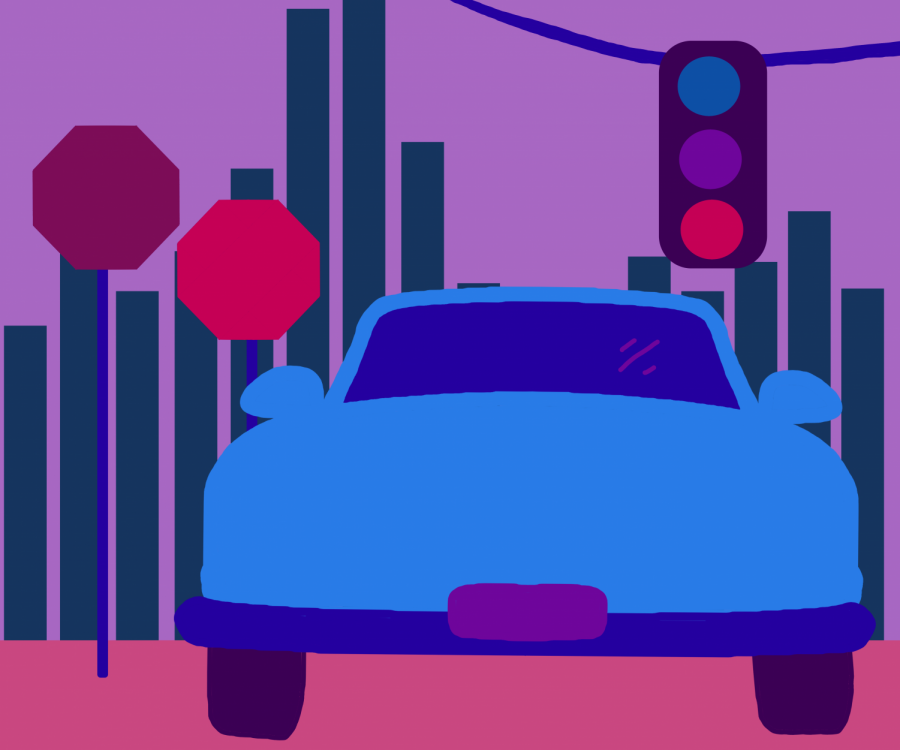 “Driver’s License”, the song by 17 year-old Olivia Rodrigo, has been breaking records due to the song going viral on social media platforms such as Tik Tok.

Ivryel Reed ‘21 loves the song “driver’s license,” but she wouldn’t have listened to it if it weren’t for Tik Tok.

“Every other video on my For You Page was people reacting to it, and then you’d see them crying and I’m like, ‘there’s no way a song is that good that everyone is listening to it,’” Reed said.

The song taking over Reed and many others’ For You Pages is 17-year-old Filipina-American Olivia Rodrigo’s viral hit, “Driver’s License.” Her debut single, which she released on January 8, has been breaking records and taking over social media.

“I feel like it’s good to high schoolers because we all are getting our driver’s licenses right now, at least my grade is,” Sarah Brenneman ‘23 said.

Brenneman, like many others, discovered Rodrigo through the Disney Channel Show, High School Musical the Series, which Rodrigo stars as Nina Salazaar-Roberts in.

“I think she’s grown as an artist. I feel like her music is more mature now, I kind of want to get my heart broken again, just so I can relate,” Brenneman said.

The Disney actress, who also starred in the TV show Bizaardvark, has been breaking record after record. After debuting number one on the Billboard Hot 100 chart, the song garnered 76.1 million streams in the first week and has been the top song on all music streaming platforms. As of January 22, Driver’s License tops the Spotify USA Top 50 playlist, with over three million daily streams, the second song with over one million streams, and every other song on the chart under 800,000 daily streams.

Thomazin Jury ‘21 didn’t expect to like the song at first.

“I’m usually not that big of a music person. When the song came out I was like ‘oh it’s just gonna be like you know another song that’s going to get a lot of hype,’ but it’s not going to really be that good,” Jury said. “There are some things about music that definitely do resonate with me, especially in this song. I don’t know, I might have been very emotional when I was or something when I first listened to it because I definitely cried after listening to it a couple [of] times.”

The song’s popularity is partly due to social media.

“I feel like Tik Tok definitely is a big reason that that song went viral,” Brenneman said.

According to Spotify, the song broke the record for most streams in one day for a non-holiday song three days after its release and then breaking its own record again the next day.

“I do think that Tik Tok played a lot of that role [of making it popular] as well. When you’re on your For You Page or just scrolling through the app, that sound has been trending. I think our generation is very good at making something well known,” Jury said.

Some users of Tik Tok have made videos of themselves reacting to the song, often in tears. One popular Tik Tok creator who goes by the username Emmwee, posted a video the day after the song’s release talking about how she both “went to bed thinking about that song,” and “woke up thinking about that song.” The video has over 1.6 million views and 488.4k likes.

“Our generation has such a voice today,” Jury said. “I would say 10 years ago if a song became popular, it would just become popular through common chatter, but with the resources that we have and the technology that we’re able to use, songs and new media coming out are so much easier to share with other people and not share with just one person but you could share with multiple people.”

Other users of Tik Tok have made a different trend regarding the song. The users sit in front of their camera lip-syncing the song and when it hits the chorus, they fall back and transition to them lying in bed often dressed up with special lighting or makeup.

“If you have a song that goes viral on Tik Tok, you’re pretty much set for life. It really just goes to show that like social media, specifically Tik Tok, has really changed the game when it comes to finding new music,” Reed said. “If someone makes a dance to your song, or you just have a really good song, and it goes viral off of a couple [of] videos, it really changes the game.”

Not only is the song going viral on Tik Tok, but so is the gossip.

“It is very enticing, but I think if there wasn’t that drama it wouldn’t have probably been to where it’s at now, even though that’s kind of sad to say,” Jury said. “Either way, I still think that the lyrics that she wrote are quite genius. I can’t do that. Overall, I just think it’s a good song, and people like listening to it.”

Most people have come to the consensus that the song is about a breakup between Rodrigo and her High School Musical the Series Costar, Joshua Bassett, who is now rumored to be dating another ex-Disney star, Sabrina Carpenter.

“I feel like even a lot of people are trying really hard to put themselves in a relatable position or they literally do relate, because that has been a really popular beauty standard, the blonde hair and blue eyes, especially on Tik Tok,” Brenneman said in reference to a line of the song many speculate is about Carpenter. “I feel like people are just kind of freaking out over this huge hit. She talks about how this guy is leaving her for this blonde girl that is everything she’s insecure about.”

Among Rodrigo’s many records, she is now the first Asian-American woman to reach number one on Apple Music Charts and US iTunes as well.

“Honestly, I just wish her all the best. I really want her to come out with more music. She’s so good. If that one song was so crazy popular, I can’t imagine what an EP or an album would do. I think it’s crazy,” Reed said.

Jury, who is also Filipina-American and a performer, is happy about Rodrigo’s success.

“I think for a lot of women of color, it’s hard to find someone that they can look up to in the industry and I know for a lot of Asians, especially in film and music, it’s definitely hard to find someone that you can relate to and look up to if you want to be in that profession,” Jury said. “Having someone so young like her, and someone who is an Asian-American, do so well in such a short amount of time can be very inspiring to a lot of young girls who maybe want to be like her or have a profession like her as well.”

This story was originally published on The Little Hawk on February 16, 2021.