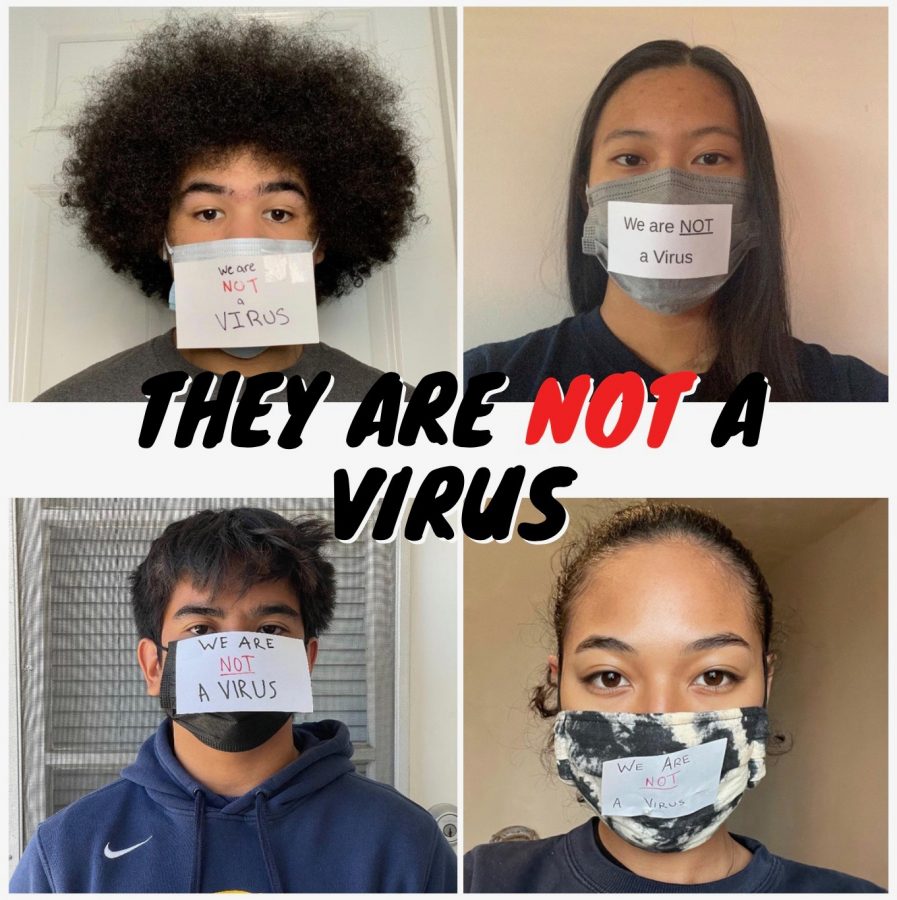 At the start of the pandemic, the Asian community have been negatively affected as they have experienced hate and blame for the cause of the COVID-19. In response toward their anger, many turned to violent attacks on Asian individuals.

A terrifying anti-Asian sentiment has raged across America amid the COVID-19 pandemic, which sparks numerous hate crimes against the Asian community.

This drastic rise in violence against Asian Americans is all due to  “pandemic-fueled racism” and xenophobia. It has yet to be stopped because of the normalization of racism against Asians and willful ignorance. On March 17, eight people were murdered in a shooting in Atlanta Georgia, six being Asian women and instead of admitting it was a racially charged attack, a Georgia official had the nerve to say the shooter “had a bad day.” As if that’s suddenly an excuse for committing horrific murders that were obviously racially motivated.

It’s overdue for people to understand that not all Asian Americans are Chinese, not all Chinese Americans carry the coronavirus, that silence is complicit and it’s about time we stop.

Since the virus began in Wuhan, China, people all over the world came to the conclusion that all Asians carry the virus. Some American officials, including former president Donald J. Trump, have been referring to COVID-19 with frankly racist terms such as “the Chinese virus” and “Kung Flu,” which has been argued to escalate the situation and further provoke anti-Asian sentiments.

According to an analysis from the Center for the Study of Hate and Extremism, since the beginning of the pandemic, hate crimes targeting Asian people have raised nearly 150% in 16 of the U.S.’s largest cities. New York City had a rise in anti-Asian hate crimes by a whopping 833% from 2019 to 2020 while cities such as Los Angeles and Boston rose by 114% and 133%, all because of a stigmatizing idea that Asian Americans are at fault for the pandemic’s spread to the U.S., even though they’re Americans just like the rest of this country.

While The House of Representatives passed a resolution denouncing anti-Asian acts related to the coronavirus, President Joe Biden himself issued an executive order condemning the attacks. Police departments, such as the Los Angeles Police Department, increased their training on hate incidents. The New York Police Department created an Asian hate crimes task force and so many more things have been done in response to these discriminatory crimes. Just this passing weekend, several protests were held all across the U.S in a stance against the uprising in anti-Asian violence. Thanks to actions like these, awareness is being spread about the horrific crimes that have sprouted not only in the U.S. but all over the world.

People have gone as far as to use this pandemic to back up their xenophobic arguments about how COVID-19 spread to the U.S. because of immigration. In reality, it’s been suspected that in the beginning of quarantine, Americans who were traveling outside of the country are at fault for the first cases of COVID-19 found in the U.S.. But racist people probably wouldn’t bother looking that up anyway.

As anyone can imagine, these discriminatory views and acts which have taken root,  heavily affects Asian communities, not just physically but mentally as well. Studies have shown that the uprise in race-based stigma against Asians has negatively impacted their mental health, causing anxiety, depression and a general sense of fear. According to an article published Feb. 27 in USA Today, a federal report stated that at least 40% of these discriminatory or violent acts were going unreported out of said fear, language barriers and unreliability in police. Luckily, police and lawmakers have made it their mission to keep better track of these crimes and stop them all together.

It’s honestly ludicrous how our country has grown so accustomed to racism against Asian Americans but unfortunately, that’s exactly why all the good deeds that have been done in an attempt to lower these hate crime rates haven’t actually succeeded yet. Because people think it’s not a big deal. But that’s exactly why more people need to stand by the Asian community and do things like help raise awareness, help victims feel more comfortable in reporting their attacks and advocate for more services to be provided for victims to reach out to.

This story was originally published on The Pearl Post on March 26, 2021.