Students and alumni discuss their following on various platforms 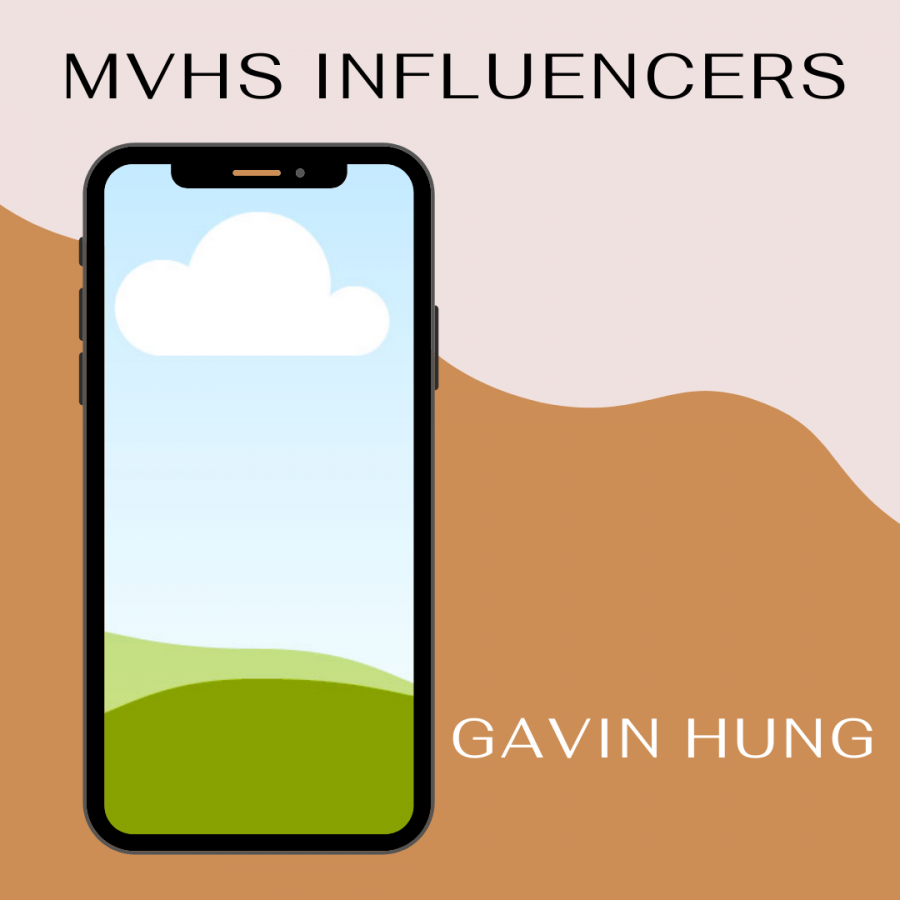 Social media is a way to express yourself and put yourself out there to the internet. Alumni Brett Park, ’20, started his art Instagram account, @thumbpaint, in his sophomore year at Monta Vista. His posts consist of comics featuring thumbprint characters.

“I always, I kind of struggled with individuality and self-expression and so for me, I really wanted to have a character that was a thumbprint because I think thumbs are physical and kind of literal manifestations of everyone’s unique qualities because thumbprints are inherently unique to every person,” Park said. “I have a different thumbprint than you. And so I wanted to make that message clear with the image itself that this was going to be a safe space and an account where people can just be themselves and have some fun.”

Alumni Jennifer Huang started a dance Instagram account, @jh.dances, specifically for K-Covers, which are covers for K-pop dance routines. For each post, Huang chooses a song and learns the choreography associated with that song. Afterwards, she films, edits and uploads the video to Instagram.

“It was the two weeks of school where we didn’t have school, because they were trying to sort out what was going on with COVID and what we were going to do with online school,” Huang said. “And so, I had nothing to do. So I have always been into K-pop since my freshman year, but I didn’t really touch on learning dances, even though I have been a dancer because I just didn’t find a good enough reason to put myself out there on an account. Because I was scared people would joke and clown me for having one. But I made my account during that time and I decided to learn an entire routine, which is an interesting way to start the account.”

As influencers, people want to maximize their visibility on their platform to spread their content. One way Huang increases her visibility is to use hashtags in the description of her posts.

“Everyone uses hashtags because it helps you to be put on pages where other people might follow hashtags,” Huang said. “So for example, if people follow #K-covers, then people’s posts will come up. At this point I just copy and paste them. But, I put that one in all of my posts. So for example, if someone was on that hashtag, it would pop up on that. And so if I would put Stray Kids Backdoor, which was one cover I did, #StrayKidsBackdoor. And because I posted it’s going to go on the hashtags. I think I did pretty quickly, so because of how many people probably started looking at the posts in #StrayKidsBackdoor, because it was new at the time. It helps with visibility a lot.”

Junior Miyabi Kadowaki started a TikTok at the beginning of quarantine and has used the platform for fun. As Kadowaki noticed that some of her content performed better than other posts, she started to change the content she created.

“The first few videos that I made were not about Japan,” Kadowaki said. “They had nothing to do with it, but then I posted the Japan one and that just went pretty crazy. So I was like, ‘Oh, people like learning about Japan and seeing Japanese content.’ So I feel like even now, I’ve stuck with the whole Japan thing and still to this day, most of my viral videos are about Japan.”

To be specific, Kadowaki has made videos about Japanese culture, her personal experiences in Japan, and Japanese entertainment, like anime. As Park’s followers increased, however, the impact of his followers affected him mentally.

“When I first started with my webcomic account, I was definitely a place of self-expression, wanting to just have a voice outside my home and school and in the online community, but I definitely got caught up in the likes and the followers as I kept going,” Park said. “And I was just so set on getting a 100K [followers] that I just completely threw away any message of individuality I had, self-expression and just did posts relating to artists’ problems. Whether it was a comic about how the bristles of a brush just go everywhere and you can’t paint, or accidentally drinking paint water, those types of comics did well. And so I just kept recreating them. But then after I hit a 100K [followers], I literally was in my car alone at my house alone. And I just looked around and I was like, ‘Oh, this is literally not, it doesn’t matter as much as I thought it did, especially in the real world.’ And so from that point on, I started making comics that were relatable still and kind of had that vibe because that was where my audience was. But also starting to include more messages of self love and positivity after that moment.”

Huang had a similar experience with the mental effect of followers on her Instagram and came to the same realization as Park.

“It actually really, really hit me hard and affected me, the numbers aspect, at the end of last year,” Huang said. “I got stuck because I was growing for a really, really long time. If I looked at my insights and my statistics, I never really had any negative numbers of like followers where I would decline in the number of followers. When I got to November and December that time last year, I reached a point where I started consistently losing followers. I was really affected by that because I hadn’t experienced it before, and I was like, ‘Should I try to do more covers that are popular at the time?’ But I really didn’t like any songs that were popular at the time or any dances that were. And I was always asking myself, ‘Should I just stop and quit this account and then just try to restart again and then maybe have a different focus on just covering dances that I want to cover that are not necessarily popular,’ as I’ve said before. But I decided to just reflect and think back, why did I start this account? It was just to have fun. I needed to stop thinking about the numbers aspect as much. And even if I do have the growth, I definitely do not check my numbers nearly as much as I did before.”

The content that users see on different platforms depend on the algorithms the platform uses. Kadowaki started to upload her TikTok videos to Instagram reels shortly after it launched and noticed how her content would perform differently on the different platforms.

Through his art account, Park was able to meet people he admires.

“I’m not sure if you know, the creator @ketnipz on Instagram and TikTok, but he makes these little animations with this bean, it’s like a pink bean,” Park said. “He’s super popular. I always looked up to him as a content creator and he actually followed me back and then we talked for a tiny bit on the DMs and that was just really nice and it was just a special moment to see your role model, I guess, reach out and notice and acknowledge you. So that was, that was really special and motivating for sure. “

Through social media, Kadowaki has been able to use her following to create a community and raise awareness.

“For me, I just want to kind of have fun with it, and TikTok has also been a way for me to not only educate other people about like Japanese stuff, but I’ve also kind of been able to use my platform to talk about more important [things],” Kadowaki said. “For example, right now, with the Asian hate crimes happening, I’ve been talking about that and also it’s kind of cool to have a community”

This story was originally published on El Estoque on March 19, 2021.