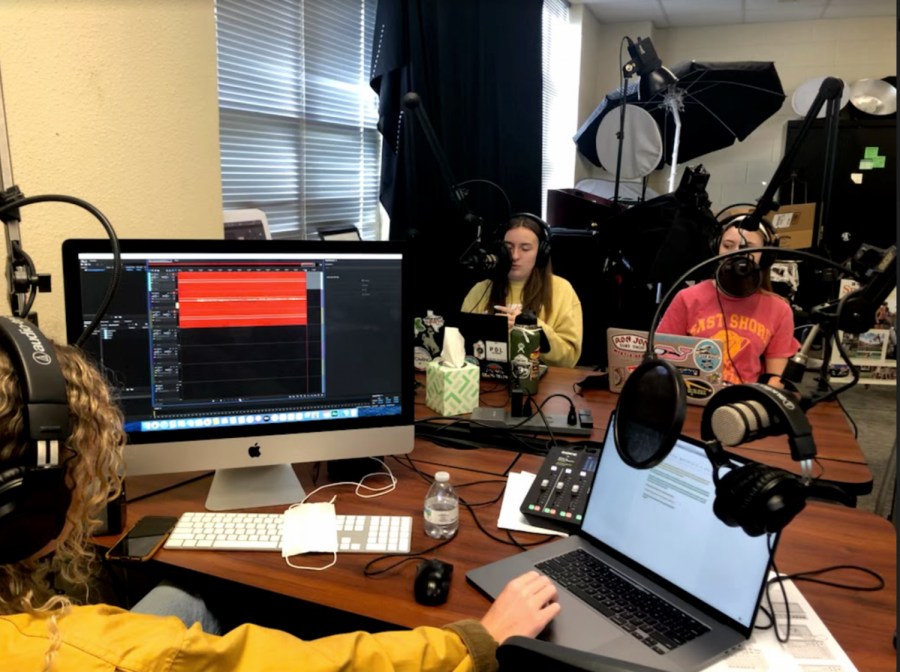 In an image taken by journalism advisor, Lisa Roskens, seniors Caroline Wilburn, Emma Hutchinson, and junior Christi Norris record the latest episode of History's Forgotten. In this episode, the team discusses the history of Earth Day, held on April 22. Started in 1970, Earth Day began as a way to educate students about the planet.

In this episode, seniors Emma Hutchinson, Caroline Wilburn and junior Christi Norris discuss the history of Earth Day. Started in 1970, Earth Day began as a way to educate students about the planet. Senator Gaylord Nelson with help from young activist Denis Hayes started the movement. Earth Day began as an educational movement and has continued as it’s grown to a larger more public event. The event has led to several laws being passed to protect the environment and is now celebrated in 193 countries.

This story was originally published on Eagle Nation Online on April 22, 2021.