For the first time, the United States formally referred to the mass killings of Armenians by the Ottoman Empire as a genocide. 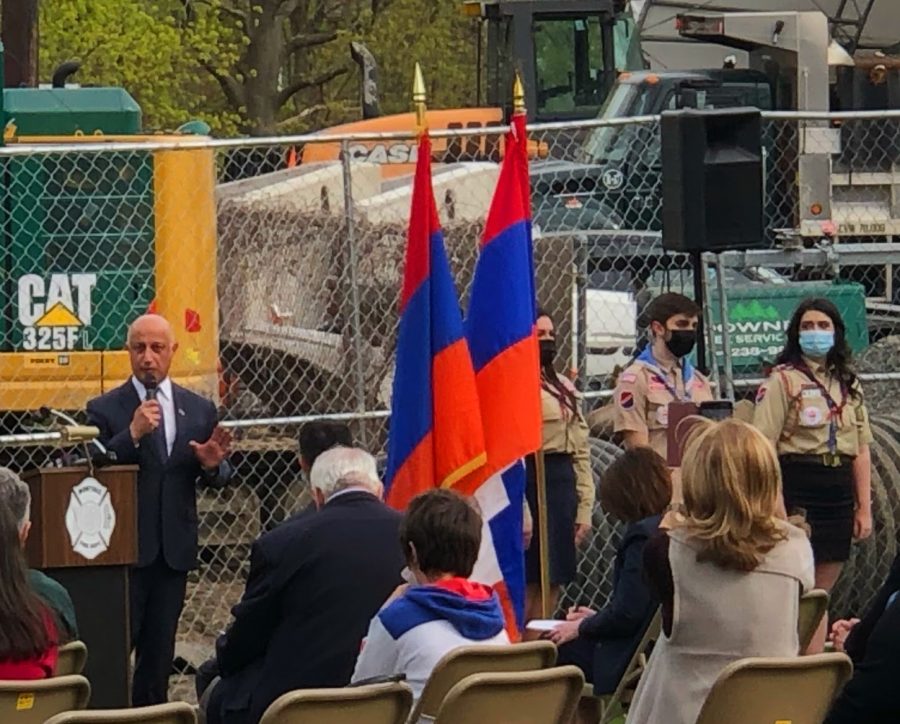 Montvale Mayor Mike Ghassali attends an Armenian Genocide commemoration and speaks of the genocide’s history and recognition from the United States.

Nearly 1.5 million Armenians lost their lives from the Armenian Genocide that occurred 106 years ago, beginning April 24, 1915. Armenians have remembered the genocide and its victims ever since it occurred, and they will continue to do so. It has become a frustration and disappointment to Armenians that the United States has never formally referred to the mass killings by the Ottoman Empire as genocide. However, this has changed as of Saturday, April 24 when President Joseph R. Biden recognized it as a genocide.

The White House released President Biden’s statements, explaining “each year on this day, we remember the lives of all those who died in the Ottoman-era Armenian Genocide and recommit ourselves to preventing such an atrocity from ever again occurring.”

No former president has used the term “genocide” when acknowledging these killings, such as Barack Obama and Donald Trump. Using the word “genocide” could create tension between the United States and Turkey, which is why every other president has not called this event the Armenian Genocide.

Turkey has never clearly responded to the Armenian Genocide and has yet to officially acknowledge it. Degrading the intensity and the impacts from the killings have only made Armenians become more passionate about spreading awareness of the situation.

“Turks blamed the Armenians for the loss of the war and decided to kill all Armenians in 1915,” voiced Montvale Mayor Mike Ghassali.

Armenians annually honor the genocide on April 24. This year, a socially distanced, local commemoration took place at Huff Pond in Montvale. Many who attended the event dressed in attire that represents the Armenian community. Pascack Hills teacher and Trailblazer advisor Vani Apanosian acted as the Mistress of Ceremonies for the event.

“It’s really important for us to be able to gather and commemorate to show our undying unity,” explained Apanosian. “Normally, we have a very large commemoration event in Times Square with close to 4,000 people who come in support. So I’m very thankful that Mayor Ghassali as well as several Armenian organizational groups were able to arrange it all.”

“We all undertake the importance of this day,” said Josh Gottheimer, who represents New Jersey’s fifth district in Congress. “We continue to dedicate ourselves to speak out against genocide around the globe… for too long, the genocide has been denied.”

The Armenian Genocide is one that the Armenians will never forget and will forever speak about. Turkey and the United States have continuously disregarded the genocide, but while honoring the actual genocide on April 24, Armenians have been celebrating its recognition from the current president of the United States.

New Jersey State Senator Joseph Lagana expressed, “this dark chapter of history is to never repeat itself and is never forgotten.” The state senator also said, “We must pledge to honor the memory of those who did not receive justice in their lifetime.”

Belittling events that have occurred in the world’s history and disregarding them prevents growth within society and increases the chances of history repeating itself. More people may have become familiar and informed with the Armenian Genocide after Biden acknowledged it.

Commemorating the Armenian Genocide is something that many people find important, including those who are not Armenian. Having the Armenian community be heard and acknowledged is significant and has led to celebrations across Armenia and the United States.

Junior Riley Solomon attended the event at Huff Park. “Although I am not someone of Armenian descent, it was incredibly meaningful to take part in the event,” she said. “It was so special to see the Armenian community come together in remembrance and in celebration of President Biden’s declaration.”

“For the first time, the sitting president of the U.S. has finally declared the truth. They’ve recognized the Armenian Genocide,” Gottheimer added.

This story was originally published on The Trailblazer on April 30, 2021.