Best of SNO • May 5, 2021 • https://bestofsno.com/51691/features/hispanics-reflect-on-americas-controversial-portrayal-of-cinco-de-mayo/ 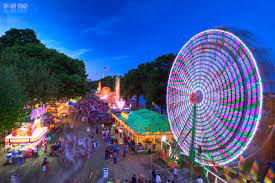 Cinco de Mayo is celebrated at a fair in Portland, Oregon.

The holiday that celebrates the victory of the Mexican army over the French during the Battle of Puebla, Cinco de Mayo has become a large commercial selling point and misunderstood holiday in the U.S. According to Inc.com, there is up to $1.5 trillion in estimated expenditure annually.

“It’s a frustrating date for me because of the widespread misunderstanding and massive cultural appropriation that happens here in the U.S.,” Spanish teacher Sarah Travis said.

Originally, Cinco de Mayo was a minor holiday in Mexico that was celebrated on a lower scale than in the U.S. Families with Mexican heritage generally celebrate with a family get together and a meal while reminiscing the Battle of Puebla.

“My personal favorite part, historically, is the emphasis put on the Mexican Army’s push against Napoleon’s French Empire,” junior Daniel Pena-Salazar said. “It shows very admirable leadership and diplomacy that was used to deter a conflict with the United States, Spain and the United Kingdom.”

Cinco de Mayo gained popularity in the U.S. during the 1960s when Chicano activists raised awareness about their relations to the native Mexican people and why Cinco de Mayo should be celebrated. American society today celebrates with parades, music and parties. These celebrations most notably take place in cities with a large Hispanic population such as Los Angeles and Houston.

“America uses Cinco de Mayo as a selling point,” Pena Salazar said. “Whereas in Mexico, it’s only a minor holiday and we don’t celebrate it massively.”

“There’s a fine line between celebrating and lifting up someone else’s culture and mocking it,” Travis said. “I think if people celebrated the cultural holidays of other communities with stereotypes like the ones that we see displayed around May 5, more people might understand why the celebration is problematic.”

While many traditions of Spanish-speaking countries are taught in high schools around the U.S. many holidays, such as Día de Los Muertos, are ignored by teaching curriculums or not thoroughly explained. Día de Los Muertos is a tradition celebrated widely throughout Mexico yet is just glossed over in the school curriculum.

“There are so many significant cultural celebrations in the Hispanic world, and no Cinco de Mayo isn’t something that makes the cut,” Travis said. “In our current societal climate especially, evaluating our practices, educating ourselves and improving our own understanding of other people’s cultures is important work.”

This story was originally published on The Purple Tide | The Knightly News on May 5, 2021.