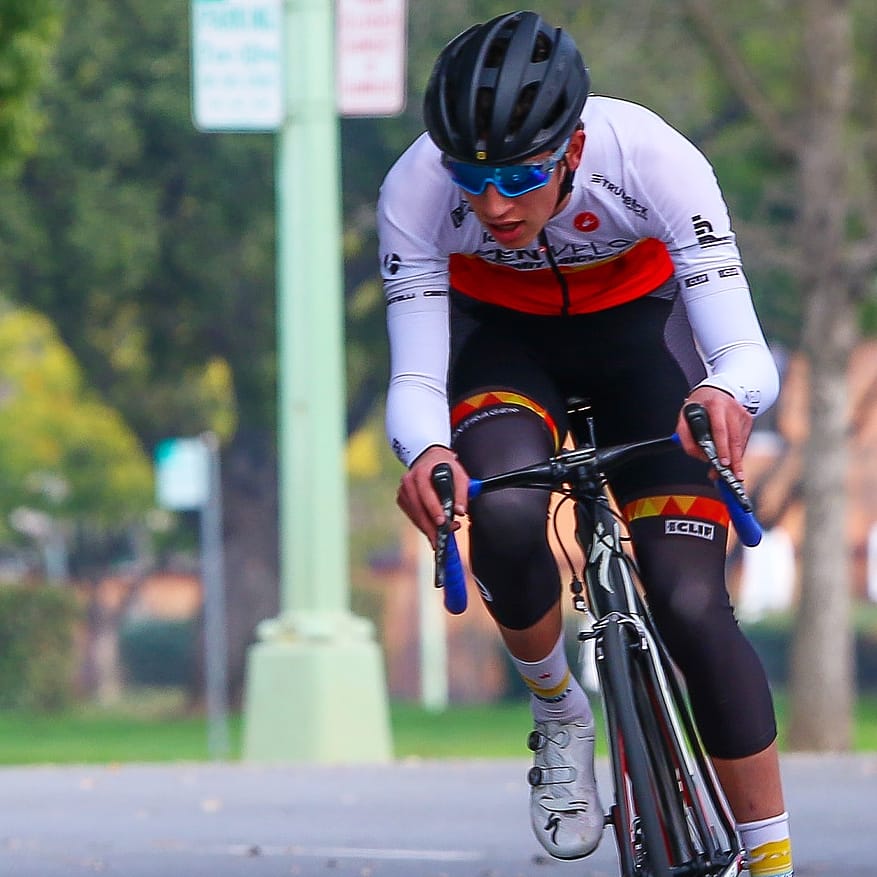 Quinn Felton, a young bicyclist, reflects on his passion for cycling and goals for the future.

Throughout your life, you’re conditioned to believe that college is the key to success. Your parents, teachers, and even your peers constantly remind you that getting into college is the end goal.

Last year, when most Carlmont seniors were deciding which college they would attend, one student, Quinn Felton, decided to veer off course and put his college acceptance at UC Santa Cruz on the back burner to pursue professional cycling.

Initially, his mother, Lynn Bell, had reservations about his pursuit of professional cycling.

“I wasn’t thrilled, and I was worried because college is important to us as a family. The irony is that I would be 100% supportive if it were someone else’s kid,” Bell said.

His father, Ken Felton, also had a mixed reaction.

“I definitely want to support Quinn’s dream of being a pro cyclist, and yet, I know the odds of doing that are as low as any other sport: about 1/10th of 1%,” Ken Felton said.

The sport is well known due to the famous Tour de France, which according to Bicycling, is watched by over 3.5 billion people each year. However, Quinn Felton’s interest in cycling stems from his parents both racing mountain bikes in the 1990s.

“We never pushed him into the sport because bikes were just part of our lives,” Bell said.

Quinn Felton started riding the local Waterdog Lake trails with a group of dads that his parents had ridden with before they all had kids. Bell and Ken Felton were enthusiastic about reconnecting with their old bicycling community through their son’s involvement in the sport.

“I must admit we were very happy he got into cycling as we got to see old friends at races,” Ken Felton said.

After joining a local high school mountain biking club, the Woodside Beasts, Quinn Felton’s passion for the sport grew exponentially, and he met a network of coaches to help him improve.

His ascent up the ranks was smooth, and he started to get sponsors. Soon, he was on the radar of national teams and was even asked to join Bear Development, the country’s top junior mountain bike team. When he started road racing, he chalked up enough wins and was invited to the Junior Tour of Ireland as the lead for Team California.

However, COVID-19 has thrown a wrench in Quinn Felton’s plans for professional cycling.

“COVID-19 screwed up everyone’s life for most of 2020, and it kind of pushed the possible conflict between bike racing and college down the road because there have been no races for Quinn to prove his skills and fitness to pro teams,” Ken Felton said.

Currently, Quinn Felton makes no annual salary from racing and is not with a team because he wants to control his goals and secure his own sponsors. He hopes to move to Belgium to race and train with a group of world-class road racers and compete in some USA Pro Road tour events in the spring.

In the long term, Quinn Felton would like to race for a Union Cycliste Internationale (UCI) Continental Pro team before he graduates from college because it’s the highest level team, would allow him to continue attending school, and ensures an annual salary. Like many professional cyclists, his ultimate goal is to make it onto the UCI World Tour, where the minimum annual salary is $2.35 million.

However, Quinn Felton is also realistic.

“There’s no possibility to be set for life from racing. Most riders go to college at some point in order to have a long-term profession to fall back on,” Quinn Felton said.

For now though, Quinn Felton is enjoying pursuing his cycling dreams.

“My favorite part of cycling is the ability to consistently improve. I’m motivated to push harder to make it up an even more difficult climb or set a new personal record.”

This story was originally published on Scot Scoop News on May 10, 2021.