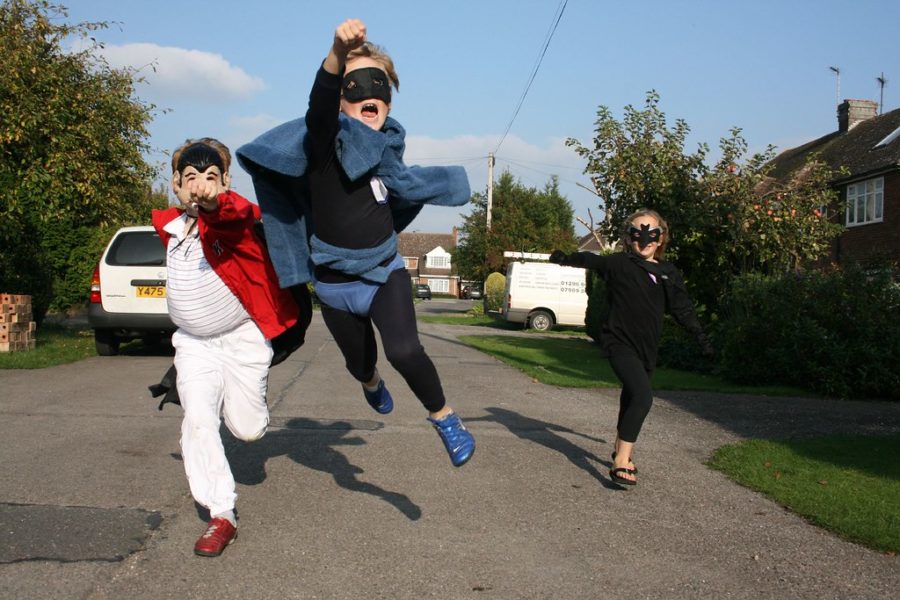 By Krish Dev and Minjae Kang

Various fields and industries in the United States are currently experiencing a movement to increase representation of racial and gender minorities. Not exempt from this change is the film industry: a report from the University of California at Los Angeles (UCLA) has shown that from 2011 to 2021, films considered to have high levels of diversity — defined as more than 50% of the casts a minority race or gender — increased by 17.8% within Hollywood. Junior Shubham Jain says he has noticed the impact of this social movement on the Marvel Cinematic Universe specifically.

“The MCU has grown more receptive,” Jain said. “When the MCU was [first] released, racial and gender diversity wasn’t as big of an issue. But now due to recent events such as the Black Lives Matter movement, diversity is becoming more important, and I think the MCU has also adapted to it.”

The MCU is an American media franchise inspired by superheroes created by Marvel Comics. It has produced 25 superhero genre films and 16 TV shows since 2008, with many of them grossing nearly a billion dollars in the box office. The MCU’s status as the top-grossing global superhero franchise has greatly impacted the American film industry. However, senior Jia Desai believes that the MCU has lacked minority representation in its films throughout the past 13 years.

“If you look at the first Avengers movie, for example, [the] majority [of superheroes were] white and there was only one female character,” Desai said. “When I was young, it was hard to recognize [the] racial and gender inequality in the MCU, but as my generation and I are growing more mature, we’re able to observe the [racial and gender] bias that existed in the past.”

A study conducted by Brigham Young University found that until 2021, only 6.7% of characters in the MCU were female. Moreover, according to Forbes, nearly 61% of superheroes featured in MCU films were white until 2018. Sophomore Allison Lin states that this lack of racial and cultural representation has negatively impacted the MCU, especially its younger audience.

“Because of the lack of diversity, young kids who are culturally and racially diverse didn’t get the chance to feel like they fit in [the MCU],” Lin said. “If [the kids] wanted to dress up for Halloween, there weren’t any [superheroes] that matched their skin color, and having to put on a blond wig, for example, won’t make them feel like themselves.”

Recent MCU films, however, have seen an increase in cultural, racial and gender diversity, according to Jain. The 2019 film “Captain Marvel” and 2021 film “Black Widow” both featured a female superhero as the lead character, and “Shang-Chi and the Legend of the Ten Rings,” also released in 2021, introduced the first Asian main protagonist to the audience. “Eternals,” scheduled to release on Nov. 5, introduces an openly gay character in the MCU as well as the first deaf superhero. The cast of “Eternals” also contains a mix of five female and five male actors of diverse races and ethnicities, such as Black, Asian and Hispanic. Lin shares that the increasing minority representation in recent movies affects her on a personal level.

“It was very exciting for me and my family to see [‘Shang-Chi’] and be able to connect to the characters, especially with their expectations growing up,” Lin said. “For ‘Eternals,’ I think it would normalize talking about LGBTQ [themes] within my family.”

Recent statements and actions by MCU staff and actors also indicate a potential increase in minority representation in the MCU. During the world premiere of the Marvel movie “Eternals” on Oct. 19, Kevin Feige, the president of Marvel Studios, stated in an interview that, “There have been gay heroes before in the comics. It is more than past time in the movies … [“Eternals”] is just the start.” Lin believes that Fiege’s plan to insert more minority characters in the MCU will bring a positive change to the franchise.

“I’m looking forward to [Fiege’s plan] because it will definitely be a change in the MCU,” Lin said. “I feel like they could have started it earlier because [diversity] has been an issue for years, but I’m glad that they are incorporating it now. If this is the start, I feel that they can do a lot more and can empower people with their movies.”

The path towards increasing diversity in the MCU has not been smooth in the past, with the franchise embroiled in controversy multiple times for its previous minority representations in films. Most noticeably, “Avengers: Endgame,” released in 2019, received backlash after the first openly gay character in the MCU, played by Joe Russo, turned out to be a minor character with only 10 seconds of screentime. While Jain welcomes the plan to increase representation of gender minorities, he also believes that the MCU should proceed with caution.

“I feel like overdoing [racial and gender representation] will make it seem [like] Marvel is doing it for money and respect,” Jain said. “They should do it in moderation and treat [minority characters] normally.”

Desai believes that while MCU’s road to diversity will not be sudden, it will eventually benefit the franchise as a whole.

“In the past, there was only a single, straightforward [racial and gender] group being presented [as heroes],” Desai said. “I really appreciate Marvel for recognizing that change needs to be brought into place, because I feel like future movies will give hope to people belonging to different races and the LGBTQ+ community that they can be heroes too.”

This story was originally published on El Estoque on October 30, 2021.