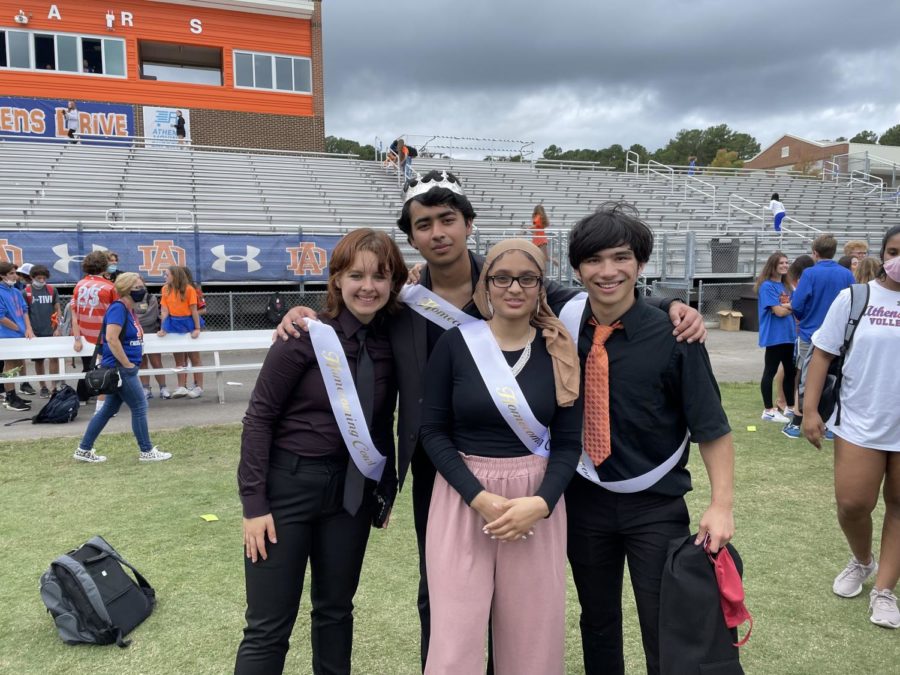 Homecoming, a highly anticipated time of year filled with school spirit, seems to have students at odds with the administration as tradition and progress fail to cross paths. An anonymous Senior nominee was running for homecoming king when they were informed that the role was not available to them due to the gender affiliation of “King” and “Queen,” something Athens had never strayed from. They were given the options of running as queen or dropping out of the nominations entirely. While the student was ultimately allowed to run, the initial opposition was a display of outdated ideals amongst the tradition of homecoming that should be long gone. This conflict has sparked controversy amongst students and administrators. It begs the question, should the rules change for homecoming court?

The nominee was first nominated to be king by a group of friends, unaware of the position they were nominated for. When Senior Coordinator Christopher Remaley was approached about the nomination, questions arose as to whether or not the nonbinary student could run as king.

“I didn’t think it was that much of a problem since it’s just homecoming and a bunch of people know my gender identity so it’s not like I was running as a joke,” said the nominee.

The issue was later brought to Steven Mares, Principal, and a meeting took place to discuss the situation. After a meeting involving the student’s parents and initial hesitation, the administration agreed that the student should be allowed to run as homecoming king.

“When a situation comes up, I have to make sure that on one side of an issue, whether they were born to a certain gender or not I’ve got to respect that, but I also have a [concern] for the safety of those students, making sure the students aren’t just doing something for the fun of it, to make fun of it, or the like,” said Mares.

The meeting included a discussion about the future revision of homecoming titles to include the gender-neutral term “homecoming royalty” rather than the current gender-affiliated roles of king and queen.

“Mares definitely did say he would consider that which is great, but I feel like that conversation at least opened eyesight into implementing that,” said the nominee.

This decision impacted not only this student but brought into question the destiny of future courts and who will be allowed to run for them. Despite the figurehead nature of the titles of homecoming king and queen, the positions hold schoolwide importance in their symbolism of the values of the student body, since it is students who nominate and vote for the royalty. For this reason, it is important to many students that all gender identities feel as though they can be proudly represented by their peers. The inclusivity of gender-nonconforming youth is especially important amongst the ongoing violence and discrimination many transgender and nonbinary youth face.

“Me running is not just about me running, it symbolizes something more and it just feels like this is something that gives hope for more Athens students-and students in North Carolina really-that you can be who you are and represent yourself and still be okay,” said the senior nominee.

The inclusion of gender-neutral terms amongst homecoming royalty is a simple procedure that maintains the traditional roots of homecoming while expanding the population that may comfortably be represented on the court. Within Athens Drive, our dedication to community and inclusivity should not be lost during one of the most pivotal high school experiences across the board; the joys of homecoming.

This story was originally published on Athens Oracle on October 28, 2021.