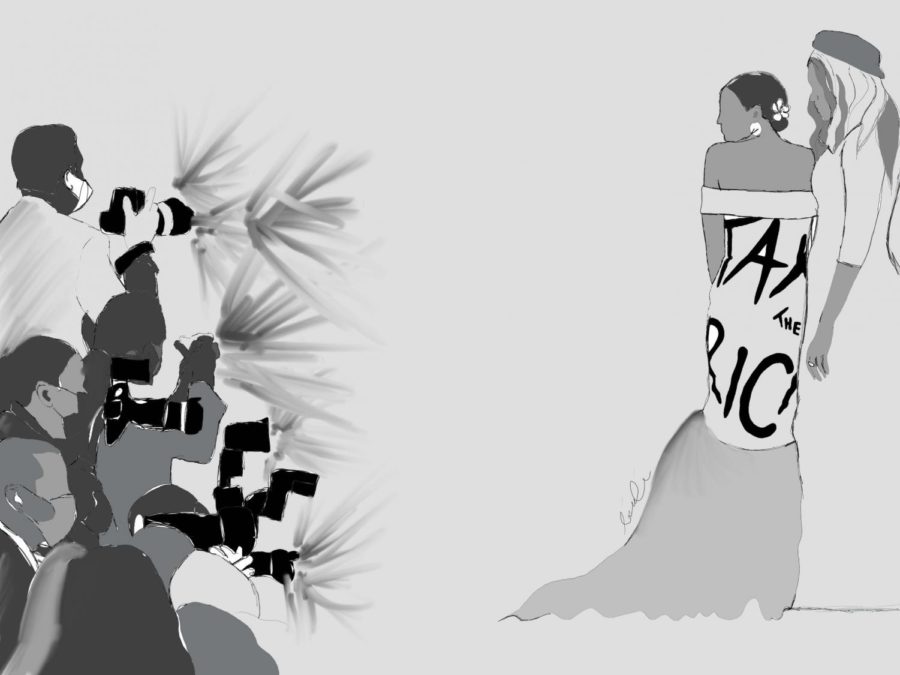 The lionization of politicians has become more normalized in recent years, yet the practice has lead to dangerous effects.

Throughout the years, politicians and elected officials have found more ways to connect with their people through social media platforms such as Twitter or Instagram in efforts to gain more voter support. These efforts, with seemingly positive intentions, have resulted in bizarre political fanbases caused by an increase in people who idolize politicians. The practice of idolizing politicians has become more widespread in recent years, but its effects are detrimental.

Politicians are elected officials, not celebrities, yet when they are idolized, it gives people the impression that they are celebrities. On Sep. 13, 2021, Congresswomen Alexandria Ocasio-Cortez attended the Met Gala, appearing in a dress with the words “Tax the Rich” written on the back. This appearance was contradictory and performative considering the event was composed solely of wealthy celebrities. Despite this, her appearance stimulated a large amount of support through social media platforms. Ocasio-Cortez, however, is far from a celebrity, and therefore, should not be treated as one. The message of the dress is one of great importance due to the growing wealth disparities in America, yet its delivery was hypocritical. As a congresswoman, Ocasio-Cortez has the political power to productively combat the wealth disparities in the United States, yet many failed to recognize this by lionizing her.

When politicians are lionized, it becomes difficult to hold them accountable. According to the Ace Project, political accountability is important to ensure that a politician’s campaign promises are being met. Many choose to idolize politicians solely because of their campaign promises. However, that can be inefficient as it hinders any sort of political accountability that ensures they meet their campaign promises. This can be seen during Donald Trump’s 2016 presidential campaign, where his political fanbase grew. The campaign was born on idolization, caused by a lack of accountability regarding his former actions, later leading to a more violent fanbase. Idolization ultimately results in unproductivity and a lack of progressiveness.

The idolization of politicians has led to more destructive and concerning events as well. The Jan. 6 United States capital riots were a violent yet clear example of the danger in idolizing politicians. Initiated by Trump supporters in efforts to rescind Biden’s victory, the insurrection demonstrated how idolization leads to violence because of an improper understanding of political events. Trump supporters refused to accept the results of the 2020 presidential election because they idolized him.

While many claim the idolization of politicians is activism, the practice should never be mistaken for genuine activism as it is performative and unproductive. Similarly, voters should not be viewed as fans, but instead, active contributors in a growing American democracy. By holding politicians accountable and understanding the differences between elected officials and celebrities, the nation can achieve more progress. While it is crucial for individuals to voice their opinions regarding political events, it is equally important to ensure that those opinions are constructive and lead to progress in American society. America is in need of change, and progress can only be made possible if people abandon the practice of idolizing politicians.

This story was originally published on The Roar on October 29, 2021.