The breakout series depicts issues regarding poverty, social class and a money-obsessed society 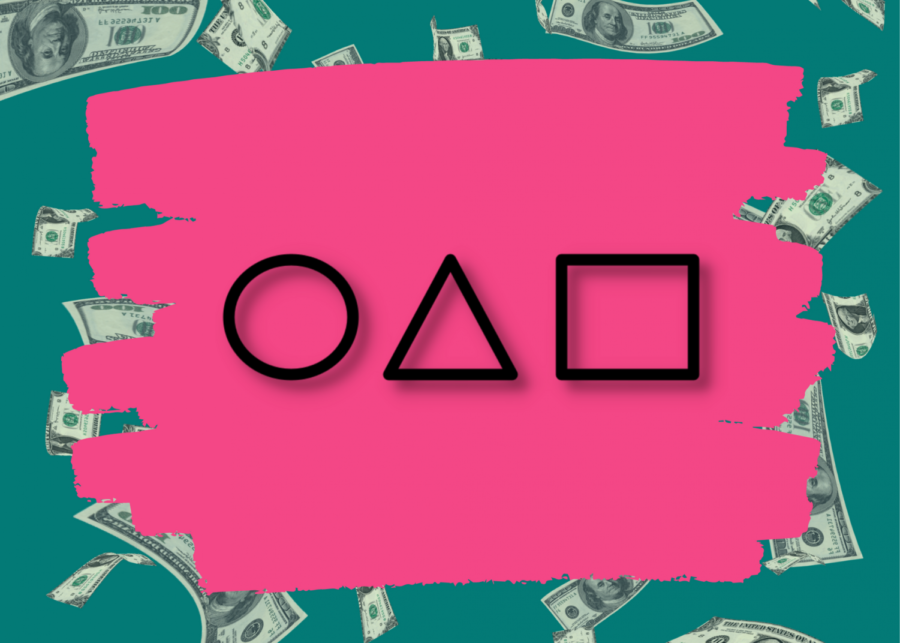 Spoilers ahead, proceed at your own risk.

How far are you willing to go to win? Is monetary gain worth more than your family and friends? Is it ethical to step on others in order to get ahead in life, or are ethics not even a part of the conversation? All of these questions are in relation to two seemingly unrelated things: capitalism and the new hit Netflix series “Squid Game.”

The show follows Seong Gi-hun (player 456), a middle-aged Korean man with a gambling addiction and crippling debt. He, along with 455 others, is (sort of) consensually drugged and taken from the streets of South Korea to a secret island, where they will compete in six games for a total jackpot of 45.6 billion won (approximately $38,460,271 USD). If players can finish all six games without being eliminated, the cash prize is theirs. The only catch is that elimination doesn’t have its usual connotation: when you get eliminated, you die.

The capitalistic parables within “Squid Game” are hidden in plain sight, the most obvious being the competition aspect. One of the direst principles of a capitalist society is consistent competition. Businesses compete to provide goods and services that are better, faster, and cheaper than the business before them. Citizens compete to make the most money and secure the best job positions. Consumers compete to find the best items at the lowest prices. Competition thrives in a capitalist society and economy, much like how it does in “Squid Game.”

The desired end result is the same in both the games and capitalism: to obtain money. The difference is that “Squid Game” depicts its competition as a brutal blood bath. Players even willingly continue to compete for the lump sum after seeing their fate firsthand.  Almost all players have an extreme debt to pay off, some living in the utmost poverty, so much so to the point that they put their lives in jeopardy. Most players would rather compete to the death for a chance at money, since their debt has chained them to a life they’d rather not have outside of the games.

In the fourth episode of the show, Jang Deok-Su (player 101) puts to the test just how fair these games actually are. When the players in the game are fed, the organizers of the game only bring in just enough for one helping per player. Jang steals an extra helping of food, and once the man deprived of his meal speaks up, Jang kills the man. As the contestants spectate in horror and Seong (player 456) hollers for the masked guards to do something, the cash prize is increased and we see the number of players decrease by one. Jang is not punished for his victim’s murder instead, his action reveals that, everyone is free to kill anyone, whenever.

All of the games have a facade of fairness. In actuality, very little about “Squid Game” is fair. The games are packed full with seemingly random advantages and disadvantages amongst players. This is most prevalent in the dalgona candy game and the glass bridge game, where players are instructed to choose a shape, number, etc. prior to the game, without knowing what they’re playing.

In the dalgona candy game, an upset player who is about to be eliminated takes a staff member hostage. He angrily exclaims how some players got easy shapes like a triangle or circle, while others were stuck with difficult shapes such as an umbrella or star. In a capitalist society, we are all given certain advantages and disadvantages in life. This ties into the issue regarding social class. We’re all given different starting points, and no, it’s not fair.

In episode seven we meet the VIPs. The VIPs are spectators of the game who watch and bet money on the lives of the players. They all dress glamorously and have the image of wealth. They throw around money like it’s endless, betting millions of dollars on who the winner will be. The VIPs are representative of the rich elite that live comfortably without any worry. They get whatever they want and have plenty of money to do so. The top .1%  in the United States continue to get richer as the lower classes continue to get poorer. Money rules their lives while they benefit from the lower classes.

“Squid Game” provides some important commentary and metaphors on the dangers that capitalism brings on our society today. The series showcases the human instinct of self-preservation and just how far people are willing to go to survive. It shows to what extent capitalism drives the lowest and highest classes of our society. Players are encouraged to betray and manipulate their teammates, the people they have grown the closest to.

The capitalist parables within “Squid Game” are open to interpretation, and they bring forth a long-awaited conversation. The scornful critiques that the series makes aren’t merely a dramatized reflection of our capitalist society; it is our society.

This story was originally published on Liberty Ledger on November 4, 2021.