The War on Education: Why Historical Literacy is Vital to Democracy 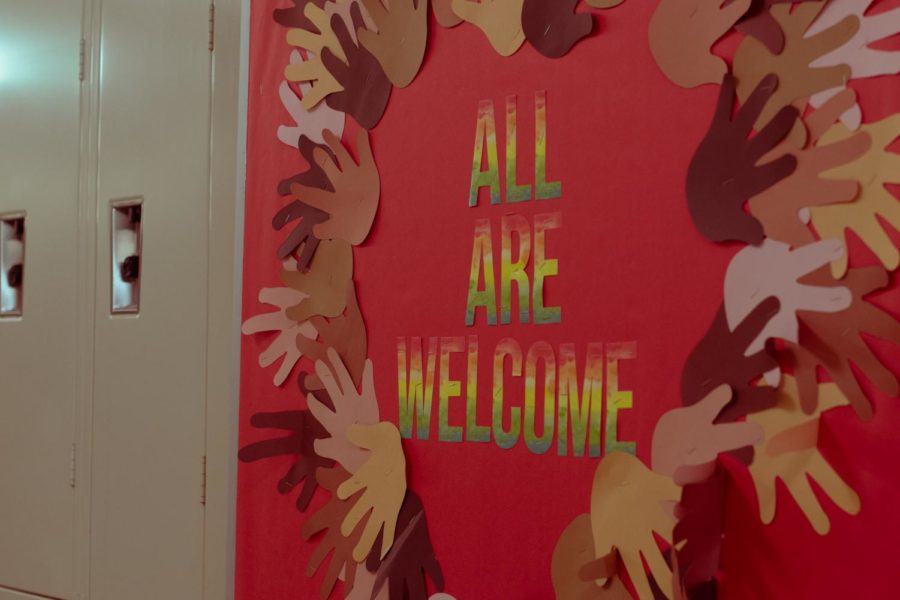 According to some in the GOP, even mentioning words like “multiculturalism” crosses the line and makes certain students uncomfortable.

Critical race theory is an intellectual movement of legal scholars that challenges mainstream ideas surrounding race and justice. As a whole, CRT posits that race is a socially constructed category that is used to exploit people of color and is a fundamental part of American society, specifically relating to American law.

This high-level concept is very rarely taught in public or private K-12 schools, and can generally only be found in specific collegiate studies that conduct a discourse exceedingly more nuanced than can be found on cable news.

With this in mind, it is important to understand what some white Americans in this country are so upset about and what can be done to remedy this issue. Regardless of the inaccuracies of the language already baked into the discussion, this issue has become a front-runner on the list of conservative political talking points.

To understand this issue, it’s important to take a look at similar incidents in the past — to the mid 1900s.

Epperson v. Arkansas, a U.S. Supreme Court case that dealt with controversies in education, affirmed that it is unconstitutional for schools to ban the subject of evolution or even put it alongside the Christian creation myth. While this is obviously a step towards the full legal implementation of the separation of church and state and the First Amendment, even today many schools struggle to teach the basic concepts of biology. A study in 2008, for example, found that more than 20% of biology teachers were pressured to downplay evolution.

T. T. Martin, one of the most influential advocates against teaching evolution in public schools, based his argument on both religions and secular logic. While he did often cite how evolution would corrupt our fundamentally Christian nation, it is also fair to say that there were secular, nationalistic flairs to his arguments as well.

“Where is the spirit of 1776?” he wrote in 1923, remarking on the dire lack of manhood demonstrated by the “pussyfooting apologies for the evolutionists.” This message was commonly used as a ladder for his cause, and his movement, while ultimately failing in a legal sense, undoubtedly lasts to this day in many parts of America.

It’s difficult to know exactly why so many would be so determined in the fight against teaching proper science to the budding generations of their age. Maybe men like T. T. Martin were simply religious citizens concerned about what their tax dollars were subsidizing, as he zealously professed.

Or maybe on a subconscious level, they felt a sense of power eroding, crumbling against the tide of scientific and social progress.

Today, white identity politics, a political lens that has risen in popularity over the last few decades, has firmly grasped the American discourse on race. Consequently, the conversation around race has further shifted from minority perspectives. Instead, our media and politicians have largely focused on the perspectives of whites who feel threatened by those who question the overriding colonialist narratives in America.

Similar to T. T. Martin, who felt disturbed by the rise of “evolutionism” in his local schools, the fight against CRT can be understood as an instinctual reaction to the possibility of equity and education and in society at large. Many whites, even with the best intentions, often view education on race as an attack on their identity and can feel uncomfortable as a result.

Certainly, to learn and to be uncomfortable can rarely be separated. In Lasallian classrooms and hopefully in classrooms across the United States, dealing with strange new ideas is often the only path towards quality education, especially when it relates to our society and culture. Personally, I’ve always found the greatest lessons in life never came easy.

Now more than ever, the fight against quality education is striking at the heart of our republic. Arguably even more important than the concept of evolution, to warp our history in the eyes of impressionable young people could irreversibly damage our democracy. Yes, the war on education is not new.

But the stakes are much higher.

In an effort to deal with the perceived increase in education about race in America, former President Donald Trump commissioned the “1776 Report,” released on Jan. 18, 2021. Where countless Americans remember President George Washington and the cherry tree, others can’t help but recognize a much darker past. To not revel in the highly mythologized American creation story, according to many leaders of the GOP, is anti-American in and of itself.

As a general theme, the “1776 Report” supported the concept of “patriotic education.” This approach, more than any other educational objective, is focused on raising patriotic Americans in public schools. This message has been repeatedly echoed by the original authors of the document like popular conservative figure Charlie Kirk. “Patriotic Education in public schools will save America,” he said.

To many, this attitude towards education is both harmful and evidently chauvinistic in nature. To some, like the Wisconsin GOP, this change is exactly how to best combat racism. “We are all members of the human race,” Rep. Chuck Wichgers said, supporting a bill that would ban language like “multiculturalism,” “white supremacy,” and “whiteness.”

To be sure, “patriotic education” would obliterate any chance to reconcile the racial divides in America. Contrary to popular belief among many white Americans, ignoring the deep economic and social divides in our nation only erases the issue for a few. For those forced to live in the conditions of systemic racism every day, these attempts to obfuscate history in order to coddle the wishes of a minority do nothing to create peace in our troubled nation.

Sadly many use the mere aesthetic of the founders, who created the revolutionary American construction, as a means to promote nationalism and deter freedom of expression in our schools. This chauvinist attitude, for the sake of democracy, must not find political success.

School, more than any other environment, should be the place we see democracy and republicanism in action.

Even with freedom of expression in mind, it’s important to recognize the value in truth which does not always exist on “all sides.” State propaganda like the “1776 Report,” however valuable open discourse may be, is just propaganda. Moreover, quality schooling does not simply present all ideas on an equal field for budding students to decipher.

Despite the inherent subjectivity of history and civics, there are certain ideas that are demonstrably based in falsehoods. It’s the responsibility of the school to both enable free discourse and also fuel critical thinking and accurate historical analysis.

“Patriotic education” is the antithesis of critical thinking and free discourse. Rather than a focus on truth and progress, education focused on creating nationalistic citizens with a one-sided view of history would only create subservient Americans, unable to critique the status quo.

The history of America cannot be told through a singular, white lens. The history of slavery in America, for instance, is indisputably American history.

As referenced loosely by Rep. Wichgers, the concept of color blindness, or the idea that in order to combat racism we should treat everyone as equals, does not meaningfully deal with the issues that bring ideologies like critical race theory to relevancy.

By implementing color blindness into the American curriculum, and in turn national policy, white Americans are given a free pass to ignore the systemic divides that continue to support a system that prioritizes white lives.

These divides, like in healthcare, food security, or even access to clean water prove that color blindness, however intuitively reasonable the idea might seem, fails to deal with the tough realities in America.

Again, it is difficult to understand the motives of every politician crusading against critical race theory. Nonetheless, it is certain that time and time again throughout history, those in power have done everything in their power to suffocate the means by which equality can be achieved.

From slavery to Jim Crow to modern-day African American voter suppression, the American war against equity has been waged since 1776.

But these are not the only issues with “patriotic education.” As seen through events like the Jan. 6 insurrection, the unbridled nationalism of the Republican Party is not fertile ground for a healthy democracy.

Raising the next generation in historical darkness will have reverberating effects on our democracy and culture for every single American. There are not two equal sides to this issue.

There is not a desire for quality education on both sides.

There is merely a drive for ignorance on one hand and a respect for truth on the other.

This story was originally published on The La Salle Falconer on February 9, 2022.