Experts and the public react as space tourism blasts off 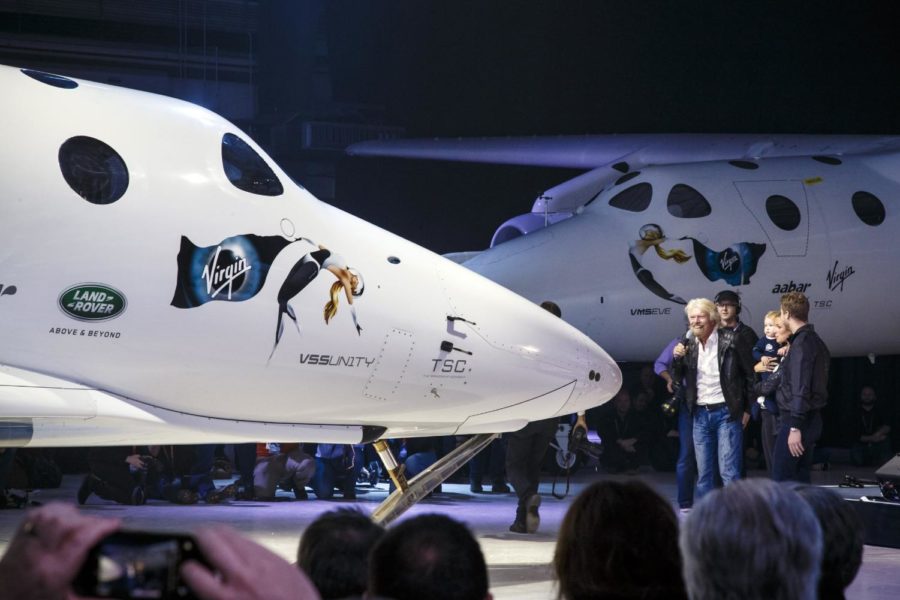 Cracking the secrets of the infinite unknown may come sooner than we realize.

The aerospace company Virgin Galactic announced that they’d be offering suborbital flights to customers in 2022. The trip offers customers a chance to see outer space close up for leisure. Although the idea of ordinary citizens seeing space seems farfetched due to the current price, the gradual normalization of space tourism could change that.

“I think most people have a fascination with space, travel, and adventure. Space tourism provides an outlet for all three,” said Kamil Stelmach, a graduate student at the University of Virginia’s chemistry department.

The idea of recreational space tourism has been brewing since the 1990s when businessman Dennis Tito took the first recreational trip to space. Up until the present day, visiting space has been limited to extremely wealthy people in society such as Jeff Bezos, who last year took a joyride into space using his vast resources.

“The richest folks in society get a taste of new technology first while it is expensive,” Stelmach said.

However, Virgin Galactic’s decision to make excursions available to the general public opens the door to the potential of space tourism being made available to a greater demographic of people in the future. Instead of companies building spaceships specialized for a uber-wealthy person’s use, 1,000 people can now buy the ticket, as long as they have the money for it.

Stelmach noted that this increase in access could have an effect on the prices of tickets in the future.

“Generally, products and services will get cheaper with time as more money flows into them and developments can be made to improve them,” Stelmach said. “The first computers were so expensive that national governments had to fund their creation. Now, it’s not uncommon for people to have multiple computers and I think something similar will eventually happen with space travel.”

In the future, when planning a trip to space, there will be certain calculations that need to be made. Even though there’s a chance to travel beyond the planet, Stelmach believes the allure isn’t an excuse for civilians to forget about Earth and the impact that frequent space travel could have.

“The entire world has done such a poor job of addressing climate change that the last thing the Earth needs right now is another industry that contributes to the issue,” Stelmach said.

“The problems of methane emissions aren’t too frequent, so it isn’t a big problem right now. However, it could become a larger problem in the future if space tourism takes off and hydrocarbon propellants are used,” Stelmach said.

In addition to environmental concerns, there are other issues with space tourism, such as resource inequity.

“Billionaires doing joyrides as publicity stunts frankly disgust me, but I don’t know that it disgusts me more than most things that billionaires do,” said Remy Indebetouw, an astronomy professor at the University of Virginia. “I think Earth’s resources should be shared more equitably among all people, not hoarded by a few.”

The ethical issues of space tourism don’t end with just private enterprises; according to Indebetouw, there are also future matters that must be addressed before it’s too late.

“Think about the ethics of space colonization, which many people see as the next logical step after space visitation,” Indebetouw said. “Human residence on other planets present all sorts of issues and we as a society are still trying to overcome our own history of settler colonialism.”

According to Indebetouw, humans are aiming to visit space to find natural resources, as seen with the goal to colonize the planet of Mars. According to History Extra, the human desire to interfere with the ecosystems on other planets mirrors 15th-century colonialism.

Nevertheless, citizens are accepting the new technology and anticipating fascinating changes. Amongst these citizens includes Briggs Buckman, a local resident who’s keeping up with the news and observing the current technological changes.

“I think space tourism is an inevitable step in human exploration. It won’t affect the citizens negatively in any way that I can see other than the excessive use of gas and oil,” Buckman said.

Some people are more optimistic than others, but all in all, Indebetouw believes it is a thrilling step forward for everyone.

“I think human involvement in space exploration has an intangible benefit. While inspiring all of us, if done correctly, it makes us proud of what humans can achieve,” Indebetouw said.

For Stelmach, worldwide involvement in space tourism is still a foreign, but a compelling step towards the future and a symbol of modern technology.

“If readers should have an opportunity to venture into space, they should take it,” Stelmach said.

This story was originally published on Scot Scoop News on March 5, 2022.