Best of SNO • May 4, 2022 • https://bestofsno.com/56862/features/red-flags-identifying-toxic-relationships-before-its-too-late/ 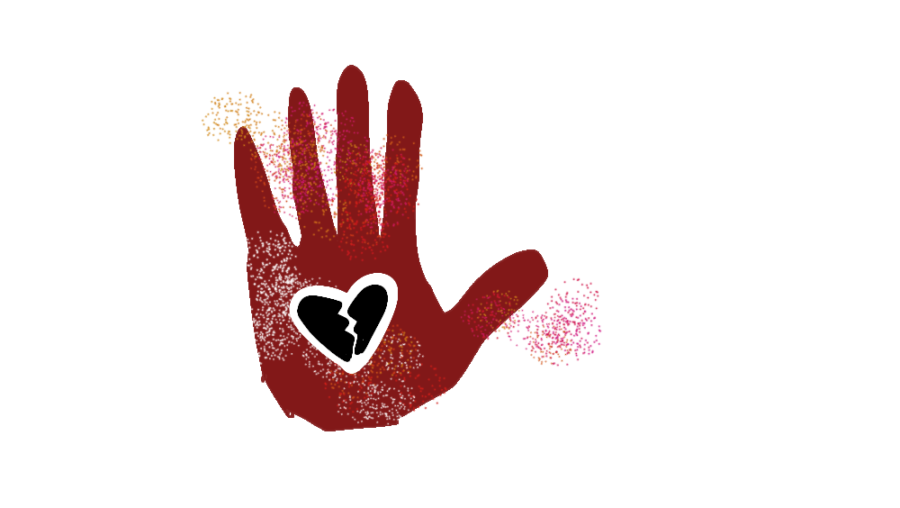 While high school relationships are often perceived as frivolous and fun, there is a dark side to them that is often overlooked.

In March, MCPS students had the opportunity to learn about healthy relationships and respect through webinars and activities put on by the Montgomery County Domestic Violence Coordinating Council (MCDVCC) during the annual Choose Respect festival.

Cheryl Kravitz, a past member of MCDVCC and on the Choose Respect Committee, led the workshop with Family Justice Center intern Tenay Graham, educating parents on their role in helping their teen(s) navigate dating violence.

Ms. Kravitz knows firsthand the impact an abusive relationship can have on a person because she was a victim herself.

At sixteen, she began to secretly date a twenty-one-year-old.

“I was raised in a pretty, restrictive home and my parents were very religious and forbade me to date,” Ms. Kravitz said. “I decided I was going to rebel.”

This act of innocent adolescent defiance took the wrong turn.

Her ‘lover’ forced her to have sex with him and threatened breaking up with her if she didn’t comply. Without a friend or trusted adult to turn to, Ms. Kravitz’s relationship continued and soon she became pregnant.

After four months, she made the decision to tell her parents, but rather than receiving support, Ms. Kravitz was disowned and did not speak to her parents for two years.

With no one to turn to but her abuser, Ms. Kravitz married him. The presence of her daughter did not deter the abuse she faced and after two years, they divorced and Ms. Kravitz reconciled with her parents, who welcomed her and her daughter.

“It was a different time. These days, a young woman that becomes pregnant won’t necessarily be banished from her family or not have anybody to talk with,” she said. “You didn’t talk out loud about abuse, whether it was abuse of adults or abuse in teen dating. It wasn’t until maybe the late ‘80s, early ‘90s that you really could have the conversations that are taking place during Choose Respect out loud and naming it and talking about it and the ways to overcome it.”

In retrospect, Ms. Kravitz feels that had she had an open relationship with her parents that allowed for her to date or have friends over from school, she would not have felt a desire to sneak out.

Unfortunately, the abusive relationship she had as a young girl carried into adulthood.

She married someone so abusive she nearly lost her life.

Despite the high level positions she held such as the Director of Communications for the American Red Cross and an elected member of Tulsa’s Board of Education, Ms. Kravitz was assaulted by her husband routinely.

Again, she hesitated to tell those around her.

“I think because I was so used to that power and control that I experienced in the first relationship when I was a teenager, that that’s what I was used to,” she said. “Even though I had reconciled with my parents, I was afraid to tell them.”

Eventually, a member of Ms. Kravitz’s BOE campaign committee noticed that something was not right with her.

“She noticed the signs and I was exhibiting all of them,” she said. “One night, my daughter was over at her house and she was going to call to check on me but I didn’t hear the phone because I had been badly abused and she called the police and they got me out.”

Under a protective order, Ms. Kravitz left Oklahoma and moved to Maryland. Her daughter graduated high school and left for college.

When her abuser passed away, she finally felt safe enough to speak out and made a vow that if there was ever a time or place where she could talk about the signs of toxic relationships and how to get help, she would do just that.

Although perceptions of what makes a relationship healthy and what makes it virulent vary among people due to many factors such as cultural differences and upbringing, there are clear-tell signs of dysfunctional relationships.

“A healthy relationship is where you can be yourself without facing some kind of reprisal from the person you are partnered with,” Ms. Kravitz said. “In a power and control relationship, one of the people is in power and wants to take control of the relationship and the other person wants to do right by the partner and feel that if they don’t, there will be repercussions.”

“To love another person, you need to be capable of loving them and each little aspect that makes them themselves,” an RM junior said. “A toxic relationship takes away all of that. They don’t respect you or your boundaries and instead of helping you blossom, they rip your stems apart.”

Sophomore Hana Mahdood has witnessed ill-fated relationships at school. “In many relationships, a person’s partner convinces them they love them and care for them on a personal level, not just physical,” she said. “But as soon as they leave the room,  they talk to their friends about their partners in extreme detail or even share inappropriate images/videos they recorded without consent.”

Warning signs that someone may be experiencing abuse include apologizing for partners’ maladaptive behavior, loss of interest in hobbies, spending less time with friends and family, weight/appearance changes, injuries/bruises and constantly responding to partner’s texts/calls to mitigate their abusive tendencies. These are not the only signs.

There is a general pattern of events that abuse follows.

Even when people feel the tension in their gut and are aware that something is off with their relationship, they don’t always leave it.

“There’s a feeling that ‘no one will ever want to be partnered with me again,’ ‘I’m afraid to tell someone what’s going on so I’m not going to say it,’ ‘I’m just going to stay here,’” Ms. Kravitz said. “The question is, and I always say this, is not why they don’t leave but why the person is abusing them to begin with. We need to pay more attention to why people abuse and what we can do to stop it.”

Although speaking out against unhealthy relationships has become more prevalent and encouraged since the ‘80s, social stigma still silences its victims.

“Abuse in general needs more attention. It’s still an issue people are afraid to talk about-even adults don’t want to admit this is happening because it’s an embarrassing situation,” Ms. Kravitz said. “You think the only one who understands me is the abuser and breaking that pattern is really difficult.”

Statistically, it takes seven attempts for an abused person to leave the relationship.

The MCDVCC puts on the Choose Respect festival annually to shed light on teen dating violence and how to address and identify abuse through workshops, activities and a fair. Its nineteen members consisting of government officials, advocacy organizations and public faces coordinate efforts relating to domestic violence prevention and safety.

The Montgomery County Family Justice Center (MCFJC) is also a resource for victims of domestic violence and abuse to receive support and heal.

Services are free of charge and comprise client assistance, counseling, career counseling and legal services. There is also a room for children to play in while their caretakers receive assistance.

“Early on before the center, if someone was being abused, they would have to run around between five different places but now you have a one-stop shop,” Ms. Kravitz said. “Had I had that opportunity, I would have definitely gone there and brought my daughter so she could play and I could meet with somebody.”

For teen victims of dating violence, they will procure free safety planning, counseling and information about getting a protective order through the court. Any teen under the age of 16 needs parental consent to receive services, but if they do not have parental consent, they can call the Montgomery Crisis Center which provides services to anyone aged 12 or older.

Teen victims can also receive support in school through their counselors.

For students who are in actual danger-like facing a physical situation where their partner is violent towards them-Ms. McKelvey advises them to speak with the police or to talk to a trusted adult. She is also legally bound to report a student if she feels that they are in danger.

Beyond the safety piece, counselors work on the support piece where they focus on how best to get the person out of the relationship and teach them how to make better choices and acknowledge what to do in the future.

“We’re not passive when it comes to students’ safety, we’re active. If I have to choose between a student beginning to get angry with me and a student being hurt, I would choose angry every time,” Ms. McKelvey said. “If I have any concern about a students’ safety whether it’s through their own behavior or someone else’s behavior, then my actions would be pretty clear.”

Students who are hesitant to discuss their relationship with their counselor do not have to begin by explicating the situation.

“I think that students sometimes don’t come to see the counselor because they are worried that they can’t possibly explain the things that are going on and then they start to doubt themselves. But even just coming and having  a conversation about something that’s not right or saying they don’t feel safe can let the other person take the conversation up and help them,” Ms. McKelvey said. “Then, it’s not all on their shoulders to explain what’s happening.”

Toxic relationships are not just limited to romantic connections. Friendships can also be noxious.

Mahdood has not been in a romantic relationship, but she does look out for certain red flags when making friends.

“I mostly look at their ability to listen to me and understand my side of the story because a good relationship means being able to look at both sides,” Mahdood said. “I also look at their friends and get to know the type of people they hang around with. If their attitude towards me changes based on who they are around, then that is a sign that they don’t want to be seen with me.”

For those who are struggling with dating violence, domestic violence and/or abuse, there are organizations for them to seek help from.

“The worst thing is when a person feels that there is nowhere to turn because there are places that are nonjudgmental and have people there who are trained to work with victims of abuse,” Ms. Kravitz said. “One-third of students in Maryland are in or have been in abusive relationships and we need to do whatever we can to bring this issue loud and clear, like how we’ve been doing in Choose Respect, but also make sure there’s a safe place for the victims to land.”

Special thanks to Smita Varia, the Program Manager of MCDVCC, for providing the information on the MCFJC and the Choose Respect festival.

LOVEISRESPECT QUIZ to assess your relationship

This story was originally published on The Tide on April 26, 2022.