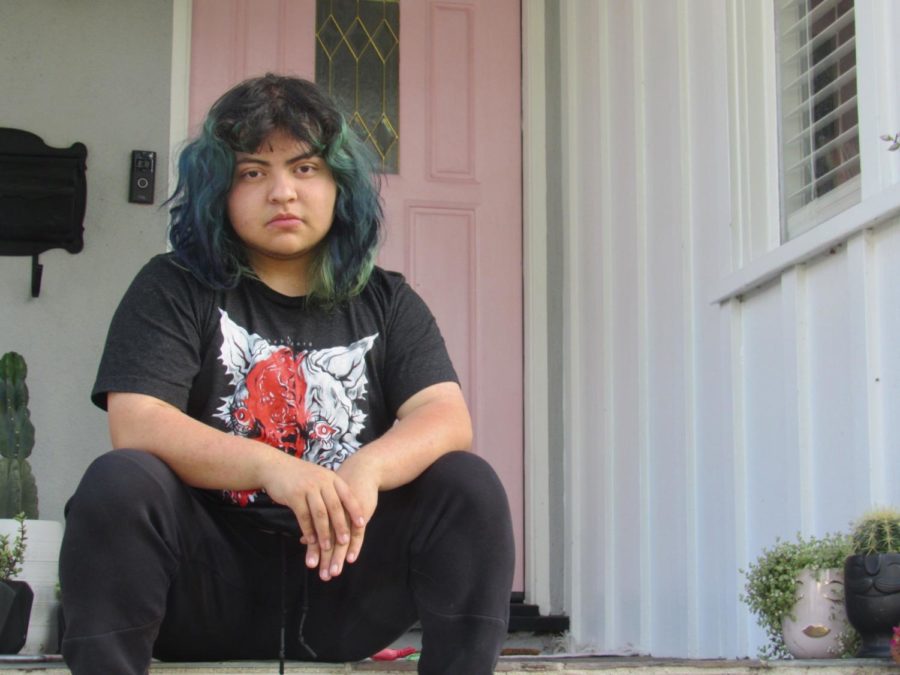 Leonardo Leal (20) expresses his views on the recent bills that criminalize gender-affirming healthcare for transgender youth.

Around a year ago I wrote an article about the legislation in many states that was being proposed that worked to take away the rights of transgender youth.

This issue has continued to be relevant with even more anti-transgender pieces of legislation being proposed.

The same bill that I wrote about in my previous article, “The Alabama Vulnerable Child Compassion and Protection Act”, which would make it a class C felony for doctors to provide gender-affirming care, such as surgery, puberty blockers, and hormone replacement therapy (HRT) to youth under the age of 19 in the state of Alabama, was enacted and took effect on May 8, 2022, but it was blocked by a federal judge on May 13. The block, however, is temporary and only extends to the part of the law that makes it a felony to prescribe puberty blockers and hormones. Gender affirming surgery is still a felony. A part of the bill that requires teachers to notify parents if their child is questioning their gender is still legal.

This is a similar story to an Arkansas bill that banned gender-affirming care for youth last year. The bill, titled the “Save Adolescents from Experimentation Act ” or “SAFE, ” a name that could not be more unfitting, was the first bill that made gender-affirming care illegal. This bill was also blocked by a federal judge on July 21, 2021.

Leonardo Leal (20) and Camren Kazimir Jaymes (19), who are both transgender, share their feelings about the bills.

Leal stated, “(I am) mostly confused because a lot of these laws affect people that are minors, and I know supposedly these states claim that they’re trying to protect their children.”

Jaymes said, “It breaks my heart. It hurts to know that myself and others like me are thought of as less than human, that we don’t deserve the rights and respect that everyone else does.”

Transgender people are discriminated against in their everyday lives, whether it is receiving inappropriate questions or not being able to use the restroom of their choice, but seeing this discrimination come from people in power and in such an extreme form as taking away life-saving medical care for youth, demonstrates the severe extent of this discrimination.

Jaymes and Leal share how gender-affirming care impacts them.

“Well, it led me to live a little longer. Before I started HRT (Hormone Replacement Therapy), I was in a pretty bad mental state in my life because I was growing into an adult so I was looking more feminine, etc. My voice was feminine. Everything about me was extremely feminine, and I could barely get up in the morning because of it,” stated Leal.

Jaymes stated, “It’s quite literally saved my life. Having a gender-affirming therapist and now being able to begin hormones and discuss plans for surgery has brought me the greatest joy of my life. After spending years hating who I am and my body, I can now work toward self-love and care.”

This repeated claim of gender-affirming care being life-saving is proven in the medical field.

“‘Forgoing gender-affirming care can have tragic consequences,’ Dr. Madara wrote, noting that transgender patients are up to three times likelier than other patients to have a mental health disorder. ‘The increased prevalence of these mental health conditions is widely thought to be a consequence of minority stress, the chronic stress from coping with societal stigma, and discrimination because of one’s gender identity and expression. Because of this stress, transgender minors also face a significantly heightened risk of suicide.’”

A New York Times article, states, “Dr. Michele Hutchison, a pediatric endocrinologist who treats transgender adolescents in Arkansas, was one of the several medical experts who testified in opposition to the bill. She told legislators that several of her young patients had attempted suicide after learning of the bill.”

This shows that banning gender-affirming care would increase the risk of suicide among transgender kids and teens.

Conservative politicians, such as a sponsor of the bill, Shay Shelnutt, say that medically transitioning for minors is dangerous.

“We just don’t want kids having surgeries and drugs. Make that decision as a child and it can have lifelong consequences, irreversible conditions, and lead to just a lifetime of taking drugs (and) sterilization,” Shelnutt stated in the article, “Alabama Senate approves bill criminalizing treatments for transgender youth.”

This quote makes it seem like any child that identifies as transgender can just get gender-affirming surgery and other treatments on a whim, but this is not true.

Starting puberty blockers or hormone replacement therapy is a lengthy process that ensures that it is the right decision for the person.

Jaymes shared the process he went through in order to start HRT.

“I’ve been seeing my therapist for about two years now and she’s officially diagnosed me with gender dysphoria. I talked to my physician about it as well and she also agreed so she referred me to the endocrinologist,” stated Jaymes.

So then why, if gender-affirming healthcare has proven to be safe and life-saving, are there legislators who want to take this right away?

They see it as a good political move.

Political Science professor at Santa Ana College Dr. Philippe Andrade stated, “This is low-hanging political fruit for them. So this particular issue is what we call ‘playing to the base.’ It’s kind of rilling up their socially conservative base. Though we hear about these bills in the news, only a handful, if that many, have actually passed into law so far, and from the perspective of these Republican politicians, it’s still mission accomplished. They don’t really care if it becomes law, what they really care is about scoring points with their voter, and for a variety of reasons, this particular issue scores a lot of points, particularly with Republican voters at the moment and even a lot of moderate Democrat voters as well.”

Politicians are playing with the lives of innocent kids because it is what is good for their careers.

Trans kids are kids who deserve to live their lives peacefully without being used for political purposes.

“But you really have to hear the stories of the people it’s affecting because a lot of people still don’t realize that they are human beings. They have emotions. They have lives they want to live. They have ambitions, they have dreams. These kids have dreams and if part of that dream is transitioning, that’s a step they have to take,” stated Leal.

I’ve been involved with the trans community for four years. My trans friends have brought me so much support and joy. They are kids and young adults who just want to be treated equally and given the right to live their authentic lives.

This story was originally published on The Spellbinder on May 25, 2022.