Editorial: ‘They don’t respect us as student journalists’

The Pearl Post is outraged over Los Angeles Unified School District's attempt to censor us. 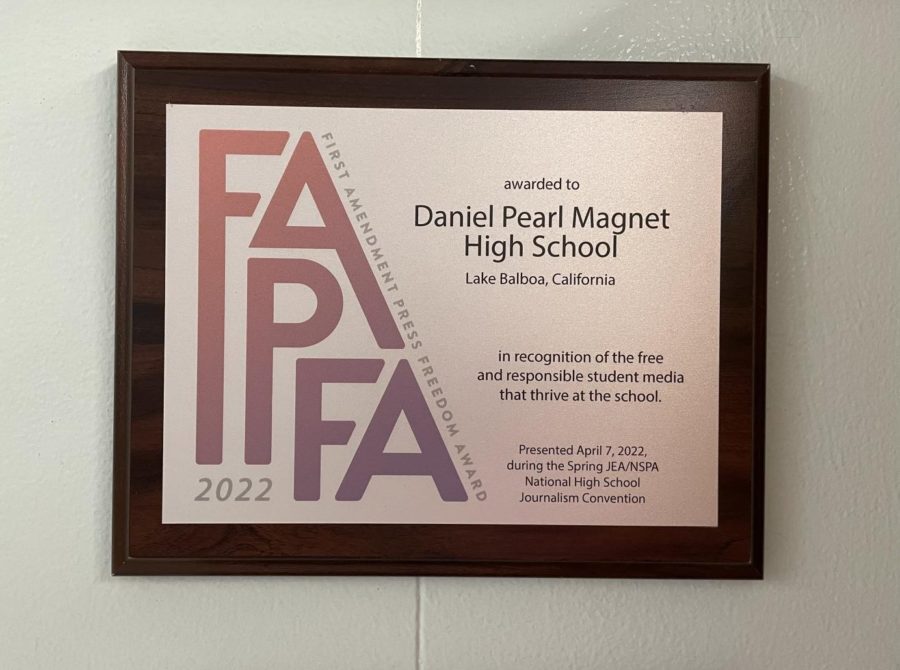 The Pearl Post recently received the First Amendment Press Freedom Award from the Journalism Education Association. Despite this, the district has attempted to censor us.

As editors of The Pearl Post, we thought our voices were valued. Our school administration and district have repeatedly shared our work, amplified our achievements and told us that our opinions matter. Then, as soon as our reporting brought unwanted attention to them, they suspended our adviser.

This past November, The Pearl Post wrote an article about how the Los Angeles Unified School District’s (LAUSD) staff COVID-19 vaccine mandate led Greta Enszer, our only librarian, to leave Daniel Pearl Magnet High School (DPMHS). Although we were well within our rights as student journalists, the DPMHS administration threatened disciplinary action against our adviser if we did not take Enszer’s name out of the story. We refused and for several months no official action was taken.

On Thursday, LAUSD suspended our journalism adviser. The three-day unpaid suspension will go into effect after the appeal process. Although more than half our staff who were involved in this incident graduated in June, we will not be silent.

In California, student journalists are granted much of the same rights as professional journalists, per California Ed Code 48907. These rights mean that the district has no authority to retaliate against our adviser or to censor the content we cover. Therefore, they also have no authority to demand that we remove Enszer’s name. Enszer claimed that we violated HIPAA, but no one from the school district gave us any names of unvaccinated staff so there was no such violation.

We also consulted with a representative from the Student Press Law Center and have confirmed that we never had a legal obligation to remove Enszer’s name from the story. We believe the story was newsworthy because all changes in staff significantly affect our small student body and therefore needed to remain on our website.

The district’s flagrant violation of California Ed Code 48907 is unbelievably ironic at DPMHS, a journalism magnet. Through this action, the administration has proven that, despite teaching us about article writing, photography, journalism history and press law, they don’t respect us as student journalists.

Despite this setback, we will continue to fight for our rights as student journalists and produce timely and accurate coverage of our school and community.

This story was originally published on The Pearl Post on September 6, 2022.