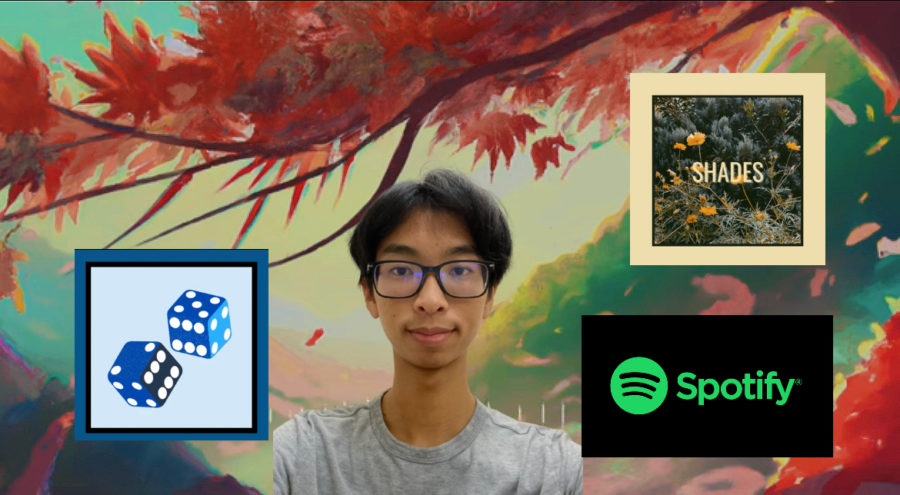 "I’ve just really loved music. I also really love listening to music. When I heard lofi for the first time, I was pretty into it because it’s just chill, and I really like jazz too. I wanted to recreate the feeling I had listening to lofi for other people. That’s why I started producing," Zhou said.

By Grace Huang and Jocelyn Hsu

On Spotify, Mark Zhou (‘23) produces music as a verified artist under the account Markcato. As the name suggests, he stands out as someone who accentuates his life as an artistic melody.

Zhou’s passion for music began when he started piano at the age of five and learned the violin in third grade. He is now part of the school orchestra and previous played in the jazz band.

“I’ve just really loved music. I also really love listening to music. When I heard lofi for the first time, I was pretty into it because it’s just chill, and I really like jazz too. I wanted to recreate the feeling I had listening to lofi for other people. That’s why I started producing,” said Zhou.

A few years ago, Zhou took his skills to the next level by experimenting with music production.

To produce his signature lofi tunes, Zhou uses the software Logic Pro on his MacBook and with an electric keyboard for playing the notes. At first he used stock photos for his album covers, then tried using  AI art produced by DALL-E 2 under the company OpenAI to make his covers unique.

However, the process of music production sometimes turned tedious, and, since Zhou started from scratch, he had to learn multiple techniques and strategies on the go.

“It was actually a struggle at first. I did not know anything about producing music even though I’ve been listening to so much music. I had to learn what kind of software I could use, how to use it obviously, and there are a lot of complex things that you need to know about the effects and plug-ins of the music to make it lofi-y or vibey,” said Zhou.

Despite struggling in his early stage of production, Zhou gained 24 thousand monthly listeners on Spotify. His most streamed song“Dragonspine Lofi – Glistening Shards”has over 48 thousand streams. His music can be found on other platforms including Youtube, Apple Music, and Deezer.

“I mainly make lofi but recently I’ve been experimenting with adding orchestral sounds to my music because I’ve always been classically trained, and I really love classical music as well. That includes adding a violin to my lofi for example. Also, I’ve been doing some pure orchestral music such as film scoring or soundtrack[ing],” said Zhou.

With so many listeners on Spotify, it is no surprise that he’s known around Amador for his music. His devotion to music inspires many of his friends.

“I’m pretty amazed by the kind of ideas that he has and how the music is just able to flow from one place to another. It’s something that I’ve been trying to do for a long time but never really been able to do, so I’ve always been impressed by how Mark is able to take these ideas and make them work together,” said Julian Xiao (‘23), Zhou’s close friend.

Zhou’s fellow classmates have also expressed their interest in his music and are impressed by his work.

“I think Mark’s music is very relaxing and perfect for studying. It’s a great way to listen to peaceful music while still being able to concentrate since his music has no words,” said Juliana Yang (‘24).

Zhou always listens to different types of music from multiple artists for inspiration. One of his favorite artists that keeps him motivated is Laufey Lín Jónsdóttir, an Icelandic singer and songwriter.

When producing his music, Zhou likes to express his own emotional ups and downs. He learns the importance of persistence and patience as he continues to produce new music.

“Sometimes it’s inspiring. If I get some really good inspiration, I get excited. But, sometimes it’s also frustrating or tiring, but I find that if I just let it go for a day or two and come back later, I will have something new, like a new perspective,” Zhou.

An accomplished artist, Zhou looks ahead towards the future and hopes to contribute more for the music community.

“Currently, I’m doing some covers from a game, but I eventually want to do a lot more original songs and also expand the boundaries of lofi music,” said Zhou.

This story was originally published on Amador ValleyToday on September 2, 2022.