Anti-LGBTQ+ bills go into effect in schools across the country 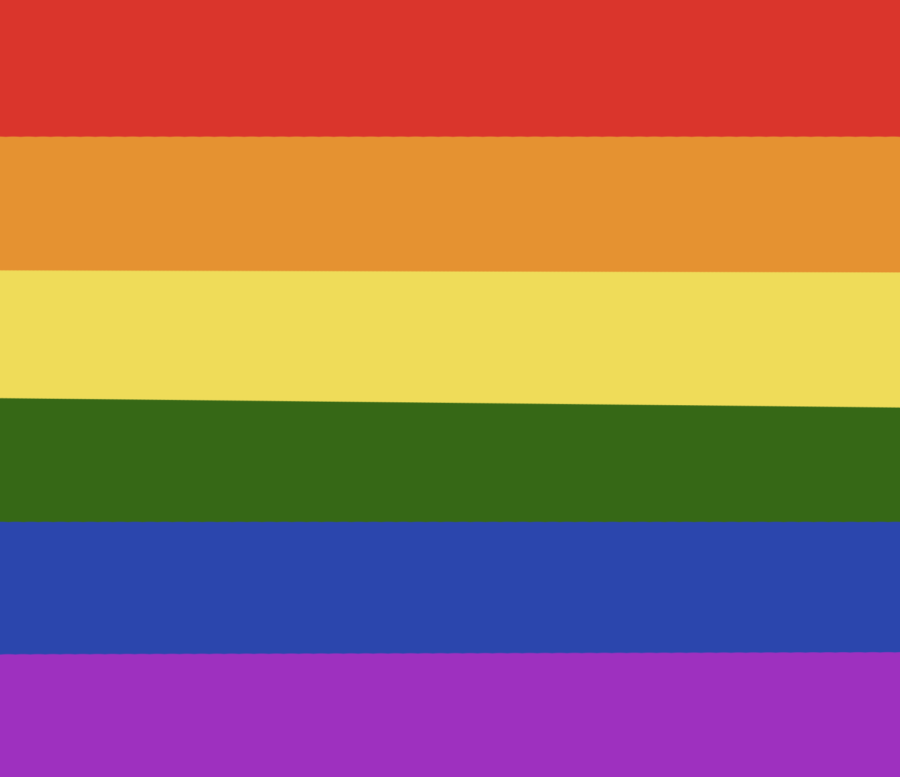 As the new school year starts, many state legislatures and school boards are implementing anti-LGTBQ+ policies.

The year is 1888. Swooping skirts swoosh across the floor of a ballroom. Precariously placed hairdos tilt and sway, adorned with flowers or feathers or foliage. The inhabitants of these elegant gowns are not women, however. They’re crossdressers, and the dance is hosted by the first-ever queen of drag: the one and only William Dorsey Swann.
Swann would be arrested only a few moments later when police raided the ball. On January 1, 1896, Swann was falsely accused of running a brothel. Two days later, they were convicted.
Three months after they were put in prison, Swann petitioned the government for a pardon, becoming the first person in the United States to try to use the legal system to fight for LGBTQ+ rights.
Swann was not pardoned. After their release, they continued to live as a drag queen, despite the risks.
Just under a century later, the Stonewall riots would kick off the gay rights movement in the United States. Homosexuality would be decriminalized over thirty years later, in June of 2003. Then, in 2015, same-sex marriage would become legal across the country.
While being LGBTQ+ is no longer illegal in the U.S., some legislators believe that it is still too mature of a topic to discuss in schools.
Over the past year, many states, including Ohio, introduced legislation that would severely restrict any discussion of LGBTQ+ history or identities inside the classroom.
Often referred to as “Don’t Say Gay” bills, these proposed laws generally seek to ban any education about sexual orientation or gender identity before a student reaches the fourth grade. Older students would be able to learn about the subject as long as it is presented in a way that is “age-appropriate or developmentally appropriate.” However, the bills fail to outline what exactly “age-appropriate” means.
Florida passed a “Don’t Say Gay” bill last March, and, as the legislation goes into effect, schools have been working to ensure that they are compliant with the new laws. Some Florida teachers claim that they were asked to remove rainbows and photos of their spouses from classrooms. Another school has allegedly flagged books with any mention of LGBTQ+ identities or of race.
Some schools also require teachers to inform parents if their child is openly LGBTQ+ at school. The act of exposing an LGBTQ+ person’s identity without their knowledge and consent is known as “outing”, and is considered by many LGBTQ+ people to be a dangerous breach of privacy.
Senior Erin Madden expressed skepticism about the benefits of these “Don’t Say Gay” bills.
“A bill such as [this] would create such a hostile environment,” Madden said. “That negatively affects everyone.”
Spanish teacher Alyssa Petsche, who is advising the Gay Straight Allegance this year, said that she thinks the bills will be harmful and divisive.
“I think it goes kind of back to the ’80s and ’90s, where you are essentially erasing those students and their identities,” Petsche said.
Petsche said that she thought the bills will damage the relationships teachers have with their students. “School is a safe place for a lot of kids that might not have support at home, and if it comes to ‘oh, you can’t say X, Y and Z,’ it’s going to be very difficult for teachers to offer that support,” Petsche said. “There’s always that fear of somebody’s going to inform the higher-ups ‘hey, this teacher said this.’”
“Don’t Say Gay” bills aren’t the only new laws that LGBTQ+ students are facing this school year. Over a dozen states have also enacted laws that ban transgender girls from participating in girl’s sports.
Supporters of these bans claim that they will protect cisgender girls from competing with students who have an “unfair biological advantage”. However, there isn’t any research to indicate that transgender athletes actually have an impact on high school sports, or that they take away opportunities for cisgender athletes. Many critics argue that the laws are based in transphobia rather than an actual desire to protect cisgender students.
Madden said that she didn’t understand the reasoning behind the Don’t Say Gay bills and transgender athlete bans.
“It doesn’t matter too much to me if I am participating with a trans student,” Madden said. “I just think that every person, regardless of gender identity, should be able to play sports.”
Steve Glesenkamp, the director of athletics at Hayes, responded to questioning about the anti-trans bills in a statement, saying, “As a member school of the OHSAA the Athletic Department in Delaware City Schools follows the OHSAA Constitution, Bylaws, and General Sports Regulations.”
The OHSAA Handbook states that “Transgender students should have equal opportunity to participate in sports,” but also includes multiple stipulations about the conditions under which a transgender student can participate. For example, a transgender girl can only play on the girl’s team of she has been on hormone treatment for a year or if she can prove to the Executive Director’s Office that she does not have “physical advantages” over cisgender girls the same age.
These transgender athlete bans are reminiscent of a similar movement in 2016, where many states attempted to ban transgender individuals from using the bathrooms that aligned with their gender. Alabama passed similar legislation just this year.
“These bills just legitimately don’t make sense to me,” Madden said. “None of these people are harming anyone else.”
A survey by The Trevor Project found that the rates of suicide, depression, and anxiety among LGBTQ+ youth were significantly higher when the teens felt like they were unsafe and unwanted at school and in their communities. Youth who were discriminated against due to their identity or not allowed to freely express their gender or orientation were more than twice as likely to attempt suicide than those who were not.
It remains to be seen how this new legislation will affect the health and well-being of the children it claims to protect.

This story was originally published on Hayes Talisman on September 15, 2022.