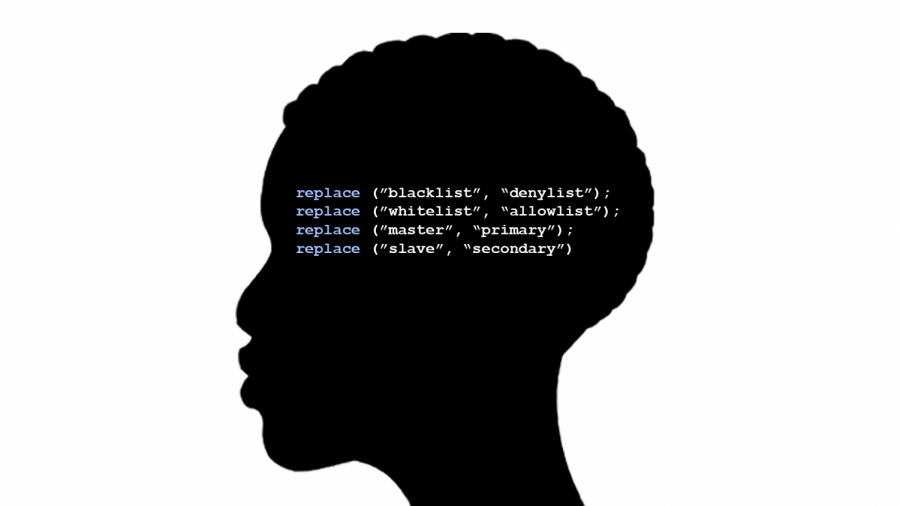 Following the Black Lives Matter (BLM) Movement, many tech companies have confronted its use of certain technical terms such as “master” and “slave.”

By Melissa Chen and Rachel Wu

As anti-racism movements, most notably the Black Lives Matter (BLM) Movement, have gained momentum this year, many industries are making a greater effort to address discrimination. In particular, the tech industry has doubled down on efforts to eliminate certain terms used in the workplace.

The murder of George Floyd in late May 2020 prompted widespread protests against racial discrimination and police brutality. The recent surge of the BLM Movement has intensified conversations in the tech industry about increasing diversity and fostering inclusive workplaces.

“Some of these discussions have been ongoing for a while, but the BLM Movement definitely served as a catalyst,” said Nvidia’s Vice President of Engineering Karthick Iyer. “It brought us to a point, where we said, ‘We can’t [just] be talking about this anymore. Let’s actually put some mechanisms into action.’”

In efforts to promote diversity, Nvidia partnered with their Black Nvidia Network group to build pipelines to historically black colleges and universities, encouraging students to apply for positions at the company. Other companies have also started new programs. Paypal pledged to put $500 million in an opportunity fund which will invest in businesses and startups owned by Black and underrepresented minorities. Apple committed $100 million to a Racial Equity and Justice Initiative, which promises to, among other efforts, increase Black-owned partners and create a camp for Black developers and entrepreneurs.

“I feel like anybody can be in tech,” said Deonna Johnson, a cybersecurity specialist and influencer with Black Tech Nation, an organization devoted to supporting and advancing the Black community in tech. “You just have to be very consistent and very dedicated to be in that particular field. And I feel like we should have more Blacks in the tech industry.”

On the smaller scale, many tech companies focused on replacing select coding terms.

Two such terms are “master” and “slave.” When used in an engineering context, they usually describe a relationship in which one device controls another.

While the origin of this metaphor is uncertain, it began to appear in older technologies like clock and automobile braking systems. In the 1920s, British engineer William H. Shortt designed a more advanced and precise free pendulum clock system, which consisted of a “master” clock and “slave” clock. The master clock received electric signals from and regulated the slave clock.

A paper published in the journal Technology and Culture by University of Michigan professor Ron Eglash explained “master” and “slave” likely first entered computing in 1964 with the Dartmouth Time Sharing System. Two Dartmouth College professors ran multiple programs with BASIC, a simple, user-friendly language. They used a slave computer for the bulk of computing, and a master computer for the executive program, equating the master computer to the “brains” and the slave computer to the “brawn.”

In addition to potentially implying inherent abilities based on race, “master” and “slave” can also bring to mind the painful history of slavery in America and can cause discomfort for many individuals, especially as the use of the terms “master” and “slave” has expanded during recent times in the coding industry. For example, a master-slave architecture of databases improves site reliability, as slave databases handle reading requests, lessening the load for the master database, which only needs to write requests.

Words like “master” and “slave,”  and “blacklist” and “whitelist” are currently under scrutiny, but attempts to replace terminology in tech had already begun before the BLM Movement resurged in 2020, though they were not nearly as widespread.

In 2018, Victor Stinner, a developer for the open source software company Red Hat, issued a change request that advocated for avoiding the use of terms such as “master” and “slave” in the programming language Python. Though this prompted heated debate among Python developers, ultimately, Guido van Rossum, the creator of Python, reached the decision to accept three of Stinner’s four requests, including the removal of master-slave terminology.

“I feel like [changing tech terminology] is less of a technical issue and more of a social issue,”  said senior David Hu, co-president of the Computer Science club. “I think these changes [in tech terminology] are good to be discussing and reasonable in implementing them into practice because I do understand that a lot of the terms can be offensive.”

During and after the resurgence of the BLM Movement, companies, including some tech giants such as Google and Microsoft, have been replacing terms in succession.

In July, Github, a Microsoft-owned company that provides hosting for software development, released notes for Git 2.28 that confirmed its change to rename its default branch from “master” to “main.”

Not all have been receptive to these changes. A petition started by Black software developer Dwayne Slater argues Github’s change will cause confusion and unnecessary work for developers. It also brings up that, in many contexts outside of the tech industry, “master” is still a commonly used word, such as in master’s degrees and master bedrooms. He and some signers who left comments on the petition viewed the change as meaningless and even detrimental. Slater commented that “words are not the issue, police brutality in the United States is the issue. To attempt to make this statement is to take advantage of the situation, it does nothing but hurt BLM as a movement and GitHub as a platform.”

Even those who generally support the changes have a spectrum of opinions and feelings. Some wholeheartedly find replacing terms to be a step in the right direction, believing it will promote inclusivity in the tech industry. Others doubt if some terms themselves are truly offensive or hurtful in a technology context, a question that may be best settled by the perspectives of the Black employees who work in environments where those terms are used.

Some supporters believe replacing terms is not difficult to accomplish, but hold similar views to those of Slater’s Github petition, harboring significant reservations about the actual impact of terminology changes.

“I feel companies are going to feel very pressured to do it just because it’s the ‘right thing’ to do,” said computer science teacher Mark Kwong. “If we’re trying to be anti-racist, is it really doing anything there, does it move the needle? I personally think it might have a 0.01% movement in the needle. There are so many deeper issues that need to be solved from an economic standpoint, from the way police departments operate, from the way families educate their kids. I really find it will have limited effect in changing the hearts and minds of people. And that’s what really needs to change in the end.”

The discussion surrounding tech language and its relationship with diversity, equity and social justice is still ongoing and divided, but individuals on all sides seem to agree the conversation should not be limited to language. BLM and other anti-racism movements this year have undeniably illuminated the need for broader, greater, systematic change—both in the tech industry and in other parts of society.

This story was originally published on The Epic on December 9, 2020.