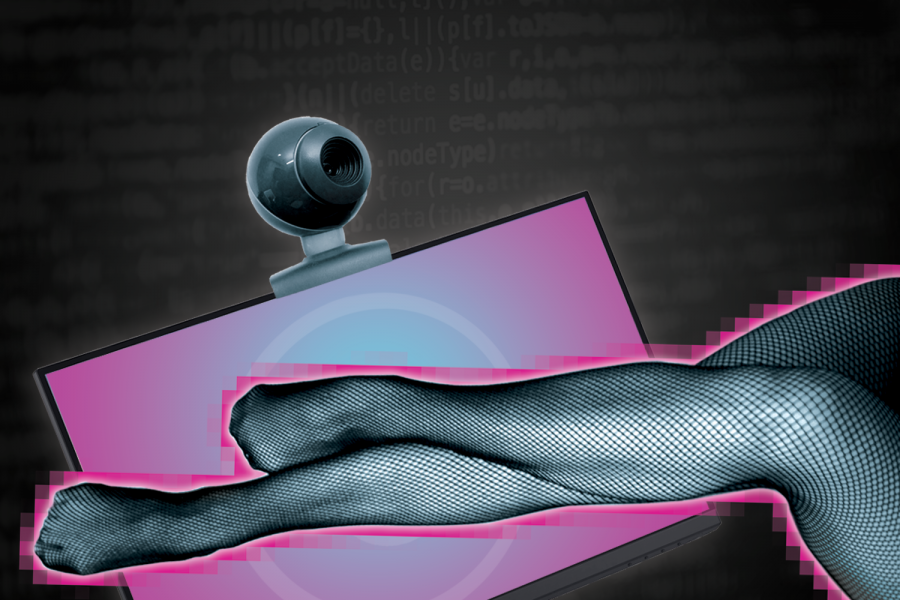 “We are living in a material world / And I am a material girl”
One can revel and jive to Madonna’s “Material Girl” for its tongue-in-cheek poetics and whimsical 80s melody all day long, but the song, as interpreted through a Marxist lens, speaks the truth about the reality of living in a world dominated by capitalism.
After all, physiological needs and safety needs are two of the most basic human needs.
In contemporary times, due to, among other things, the continuous economic inflation and disparity of workers’ salary in relation to profession and gender, young adults, particularly college students, often get “creative” trying to make ends meet with the goal of finishing their education without resorting to student loans or overworking themselves.
Friends Stella Mariposa and Mar (those being their screen names) are Skyline College students who disclosed details about their clandestine lives as an adult content creator and as a sex worker, respectively. Stella wants to pursue a career in dental hygiene, while Mar is majoring in environmental science.
Stella started to create content when she was still in high school. She explained that she likes her body, and she likes to take pictures of it.
“My friend from high school, he actually asked me if he could buy some (of my nude pictures),” Stella said. “And then later on, I kind of thought “‘Hey, this could get me some good money.’”
Mar began doing this type of work when she turned 18, with the help of a co-worker who introduced her to the industry.
“I’ve always kind of been interested in this line of work, but I never knew how to get into it,” Mar said. “But I was lucky enough to have a coworker (who does sex work) … She was my mentor for a bit.”
Apart from their regular 9 to 5 jobs, Stella described earning an average of $500 per month selling her content, and Mar secures around $900 from three to four clients per week.
The ladies observe thorough preparations and maintenance with their bodies before and after they produce content or meet their clients. For Stella, she takes pictures right after she freshens up, sometimes even applying oil to her body for a more seductive effect. Aside from fully showering and conditioning her hair, Mar also takes extra steps with personal grooming, such as priming her eyelashes, getting her eyebrows and nails done, waxing, shaving, and planning outfits as per her clientele’s requests, as well as getting regular STI and STD tests.
Mar also described the strict consideration she gives what she eats to avoid unnecessary bathroom breaks during sessions.
Stella is currently in a relationship and said that her boyfriend is “proud, and roots for” her.
“He always says, ‘They can look, but they can’t touch,’” Stella said. She emphasized trust, honesty, and openness as their foundations in their relationship.
Mar and Stella advocate for their occupations to be considered “real work”, and expressed how immensely appalled they are by how other people disrespect them and their livelihoods, and by clients who try to avoid meeting the terms of the agreement that had been made.
“Some people even don’t think that they should pay,” Stella said, expressing her concerns in the industry. “Some of them just ask, ‘Hey, you want to trade nudes?’ and I’m like, ‘No.’”
Mar described one of the most unpleasant kinds of experiences she has had doing this job — clients leaving her unpaid after providing her services.
“I go see (my clients) and I fulfill my end of the bargain, and then I’ll end up going home empty-handed with a sore body,” Mar said. “So, that really sucks.”
Having gotten accustomed to this dire kind of situation taking place from time to time, she said she prefers meeting with regular clients who are mature and tend to be “the kindest and most generous”.
From the perspective of a consumer, Carlos, a history major at Skyline College (whose name has been changed here to protect his identity), said that he has subscribed to adult content creators since he was still in high school.
“Besides curiosity, it’s just pure interest,” Carlos said. “I’ve always been curious about the stigma, the taboo topic around adult content and mature content, and why it’s been looked down upon.”
Carlos is currently in a relationship, and according to him, subscribing to adult content creators has had some positive impact on his relationship.
“You learn a lot with the content that you get, so when it comes some kinds of ‘occasions’ or ‘activities’ she would wonder, ‘Where did you learn that?’” Carlos said. “And then I would say ‘I’ve been exposed,’ or, ‘I’ve been watching these kinds of content, and that’s where I got them from,’ and she says ‘Oh, that’s pretty cool.’”
Carlos expressed the belief that sex workers are deserving of respect. He described the difference between the two types of sex work.
“I hope that (in progressive thinking), we’ll understand that there’s a fine line between dignified sex work and forced and coerced sex work, because there are people who were willing to go that path and be empowered by it,” he said. “There are those that have been victimized, have been dehumanized by those practices. Hopefully, justice prevails, and we set up a dialogue or discussion about how we address that human rights crisis.”
Open Society Foundations condemns abuse and human rights violations, and calls for reformation of the laws to protect the potential victims of such things. The international organization Human Rights Watch also advocates for the decriminalization of sex work and backs sex workers’ right to access justice and healthcare.

This story was originally published on The Skyline View on February 25, 2021.