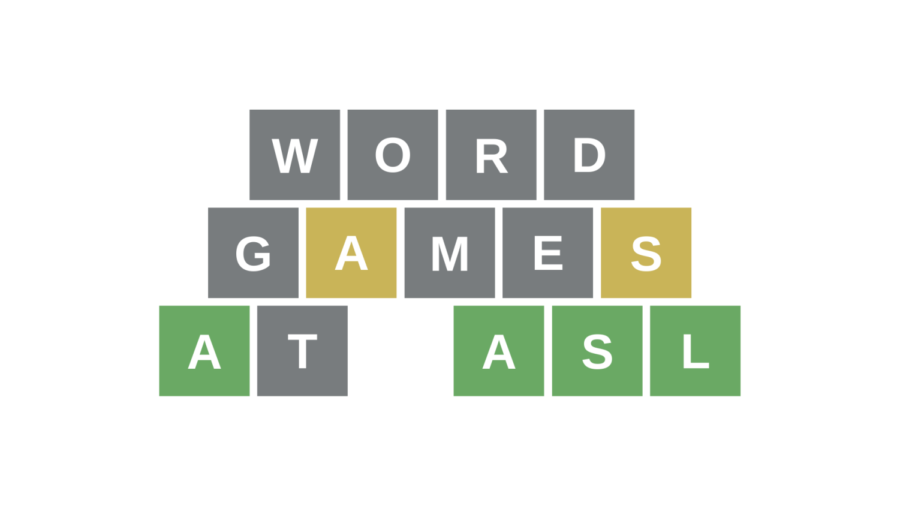 Members of the community play several word games, from Wordle and its various spin-offs to The New York Times’ Spelling Bee, Mini Crossword and other puzzles.

By Eva Marriott-Fabre, The American School in London

In any high school classroom, students and faculty can be overheard saying, “Did you solve it today? How many tries did it take you?” while others crouch over their laptops puzzled at five-letter words in gray, yellow and green. Following the surge in popularity of Wordle, word games have spread rapidly across the world. Within the high school community, both students and faculty have immersed themselves in several popular word games.

Director of Student Advising Anne Richardson said she has always played word games and plays the New York Times’ Spelling Bee, Mini Crossword and Wordle every day. She said she was first introduced to Wordle through her family WhatsApp group chat and has stuck with the game since then.

Richardson said playing word games acts as “a fun brain wake-up” and is part of her morning routine before she goes to work. Richardson said she achieves a certain score in Spelling Bee and completes the Mini Crossword and Wordle usually by the time she finishes her morning coffee.

Corey Dubin (’23) said he was first introduced to word games when he started to play crosswords with his dad when he was in Grade 7 and started playing Wordle recently after his friends introduced the game to him. Dubin said he is drawn to word games as he likes the aspect of maintaining a streak, and he currently holds a streak of over 430 days for The New York Times Crossword.

Read said she believes Wordle rose to popularity because it is a fun way to pass time and people can bond over the game, through competition or collaboration. In addition, she said the game has a large presence on social media as well as in her family, evident through her relatives who text about the daily Wordle in a family group chat each morning.

“It gets people engaged,” Read said. “It’s something you can talk about with your friends after it happened. You can be like, ‘What did you get? How many tries did you get?’”

Similarly, Richardson said she notices several of her colleagues “love to be competitive” when it comes to Wordle, while others want nothing to do with the game.

Dubin said that he notices Wordle’s popularity at school with his classmates and friends.

“Most people I know play it or have played it,” he said. “It’s kind of one of those things that you can do when you’re like sitting in class, waiting for class to start and you can do it quite quickly.”

Since its creation, Wordle has inspired myriad spin-offs to emerge, targeting different areas of interest.

Dubin said he has tried various Wordle spin-offs that have circulated online, and his favorite is Absurdle because “it’s like a spin-off but it’s kind of different.” According to The Guardian, Absurdle “never picks a specific answer, and instead pares down the list of potential solutions as little as possible with each entry.”

Overall, Richardson said she admires how Wordle has both created a global community of English language fanatics and also inspired several spin-offs to emerge in which people can create new communities and bond over interests. Richardson said she loves the variation of Wordle-inspired games that exist, from educational games for math fans and people who speak languages other than English, to fandom puzzles inspired by “Harry Potter” and “The Lord of the Rings.”

Strengths and flaws of Wordle

As a former English teacher, Richardson said she appreciates Wordle because one has to think about patterns in words and solve the puzzle in under six guesses.

On the other hand, Dubin said he likes the simplicity of Wordle along with the sense of community it creates.

“It’s very simple,” he said. “It’s definitely something you can do quickly. I like that there’s one that everyone gets – has to do in one day so you talk about the same puzzle with your friends.”

While she said it is occasionally a quick puzzle, Read said Wordle can be difficult at times as certain puzzles of the day are trickier than others and consequently require more time to solve.

“You can literally just, like, stare at like two letters for so, so, so long,” she said. “And you can’t figure it out.”

However, Read said she appreciates Wordle overall as the game requires creativity and she enjoys the daily challenge.

“It makes you come up with a lot of different words,” she said. “It makes you think a lot. You wouldn’t think that the game is super difficult, but you really have to, like, think where everything goes to get it within six [tries].”

Richardson said she is glad that The New York Times has decided to keep Wordle free of charge, unlike its various other games such as Spelling Bee.

“Right now, it’s still accessible to everybody. I hope that it will remain accessible for everybody,” she said. “Anything that pulls people together and gives them something in common is a good idea and once you start making it exclusive, that’s a shame.”

Overall, Richardson said Wordle’s rise in popularity is beneficial as it helps people engage with their interests and experience a sense of belonging.

“Anytime you can get a wide, diverse community engaging in a common activity is a good thing,” she said.“The fact that it involves words, as a recovering English teacher, I think is wonderful, because it just makes you think about words and the way words are formed.”

This story was originally published on The Standard on April 8, 2022.